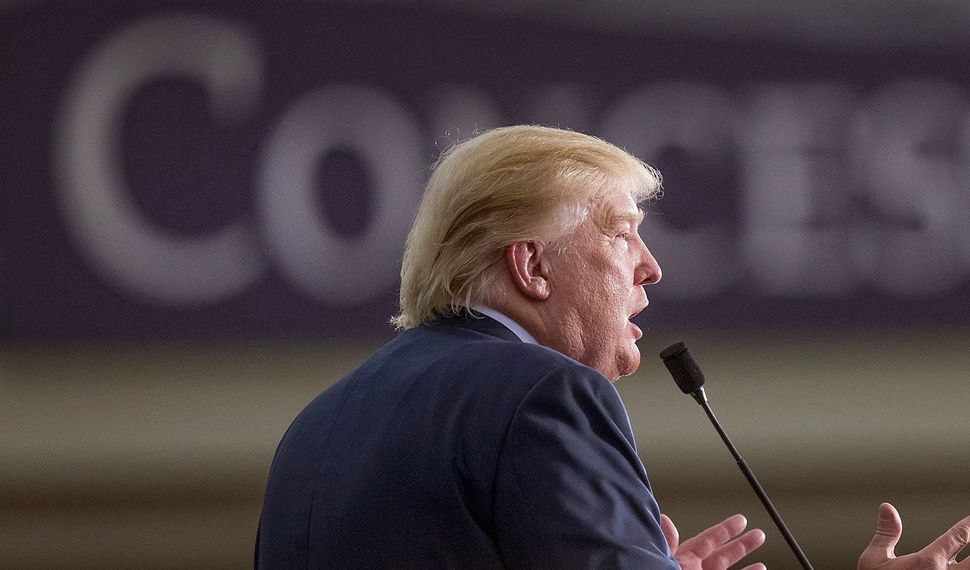 At a recent board meeting of the Republican Jewish Coalition, the big donors and high-powered operatives in the room went around the table to make sure they had someone supporting each potential Republican nominee.

Jeb Bush backers were easy to find. Supporters of Marco Rubio, too, were plentiful. Ted Cruz had friends there, as did Scott Walker, and even George Pataki and Lindsey Graham. The Republican Jewish elite have spread themselves wide across the GOP firmament.

Yet Donald Trump, who has topped 20% to lead all other Republicans in recent presidential primary polls, and who also leads the pack in both Iowa and New Hampshire, is a different story. An RJC member who was present at the board meeting said he could not recall if Trump had backers there. What is clear is that, despite his surge in the polls, the anti-immigration hard-liner has strikingly little support among prominent Republican Jewish donors, activists and consultants.

Many Republican Jewish leaders remain unwilling to speak about Trump. The RJC’s spokesman did not respond to a request to speak for this story; neither did former Republican National Committee chair Ken Mehlman, who is a member of the RJC’s board; former George W. Bush spokesman Ari Fleischer, also an RJC board member, or former Republican House majority leader Eric Cantor, who has been close to the group. 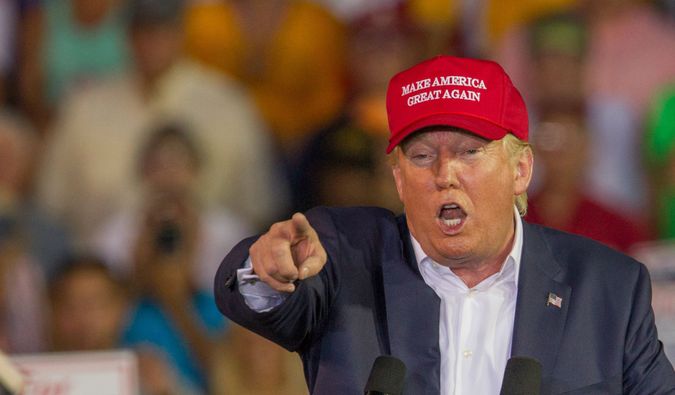 Jewish Republicans’ critiques of Trump, when they can be convinced to air them, fall into two categories. Most echo the concerns of the Republican establishment, deriding the real estate developer and former reality show star who is advocating selective tax increases on the wealthy as unserious. They worry that he will drive away nontraditional Republican voters. Others, however, have deeper concerns.

“There are a lot of folks who are, to be charitable, into white identity politics, and to be uncharitable are outright racists, who are supporting Trump,” said Nathan Wurtzel, a Republican political consultant and principal at The Catalyst Group, who is Jewish. “It’s very off-putting and disturbing.”

Trump’s pundit-defying rise has highlighted the distance between the Republican Party’s growing Jewish caucus and some parts of its base. That’s an unlikely role for Trump, who has perhaps the most personal ties to the Jewish community of any Republican candidate: His daughter Ivanka Trump converted to Judaism in 2009, and Trump has lived his life in the heavily Jewish milieu of upper-class Manhattan. “Not only does he have a daughter who is… Shabbat observant, but he’s also a brash, outspoken real estate magnate,” said Jeff Ballabon, a Jewish Republican activist. “In some sense he seems more like an insider than an outsider to our culture.”

Republican Jewish leaders, certain that with each major gaffe Trump would sink himself, are only beginning to take Trump seriously. Fred Zeidman, an RJC board member, Bush supporter and major Republican fundraiser, said in late August that he had not yet discussed Trump with other RJC board members. “I don’t think anybody thought this was as serious as it is,” he said.

Republican Jewish operatives have worked hard in recent decades to pave inroads into the party for Jewish voters, and to jack up Jewish support for Republican candidates. To that end, the RJC has cultivated candidates like Ohio state treasurer Josh Mandel, who ran an unsuccessful campaign for the Senate in 2012, and former Hawaii governor Linda Lingle, who now serves on the group’s board. Recent polls show that those efforts could be working: A January Gallup report found that only 61% of American Jews called themselves Democrats in 2014, down from 71% in 2008. The percentage of Americans at large who call themselves Democrats has fallen only seven points over the same period.

Jewish Republicans, however, don’t look quite like other Republicans. Many RJC board members are pro-choice and support same-sex marriage, which puts them at a distance from much of the party. And while some Jewish Republicans share wholeheartedly in the party’s conservative ideals, the RJC and its allies have also been working to attract Jewish moderates and liberals, who simply believe the Democrats have been unfriendly to Israel. Some worry that it’s these Jewish supporters who could be put off by Trump.

“I think Trump could make the Republican party look unattractive to people who are more moderate in nature, to the extent the party is made to look more unwelcoming,” Wurtzel said.

The problem with Trump for these Republican Jewish activists isn’t necessarily Trump’s positions, to the extent that they exist, on top-line issues for Jewish voters. Republican Jewish elites see Trump as a hawkish supporter of Israel, like nearly all other members of the Republican primary field. In a September 3 interview with conservative radio host Hugh Hewitt, Trump said he would support unilateral action by Israel against Iran, and called Benjamin Netanyahu “a friend.”

Instead, Trump is seen as a threat to the vision of a bigger, more inclusive GOP, which many leading Republican Jews have advocated.

“In order for us to become a party [of anyone] other than white men, we need to be reaching out,” Norm Coleman, a former senator from Minnesota, told the Forward. Coleman, an RJC board member who is supporting Graham’s primary bid, said, “I think Trump’s language and perspective is a long-term negative in terms of building the party.”

A Gallup poll released in late August showed that Hispanics have exceptionally negative opinions about Trump, while their opinions about the rest of the Republican candidates range from mildly positive to slightly negative.

Following Mitt Romney’s decisive defeat in 2012, RJC board member Fleischer and a handful of other major party figures collaborated on a report to the Republican National Committee. The report argued, in part, that the GOP needed to reach out to growing ethnic minority groups, particularly Hispanics, to remain competitive amid changing national demographics. While Bush has built those appeals into the bedrock of his campaign, Trump appears to be crumpling such hopes and throwing them back in the face of the party establishment. Trump has gotten into a shouting match with a popular Univision anchor, doubled-down on his right to be offensive toward women, and continually hyped a purported violent threat posed by undocumented immigrants.

In the process, Trump has also drawn the backing of an enthusiastic contingent of white nationalists. “You’ll see it a lot on the Internet,” said Wurtzel, who is active on Twitter. In a New Yorker article published in late August, writer Evan Osnos quoted Richard Spencer, head of a white nationalist think tank, saying that Trump embodies “an unconscious vision that white people have — that their grandchildren might be a hated minority in their own country.”

“It’s because he can say anything he wants and get away with it,” Wurtzel said.

At the same time that they struggle with its implications, Republican Jewish activists say they get the roots of Trump’s appeal. “I’m sympathetic to people out there who are angry, upset,” Wurtzel said. “I understand the frustration, I understand the anger.” What’s left is for them and their allies to harness those feelings for their own candidates.

“Trump may not be the solution, but that doesn’t mean there isn’t a problem,” Wurtzel said.