Facing East: Gilboa campers are encouraged to have ‘a critical, questioning perspective.’ Image by David Oderberg

“We have amazing discussions,” he said. “The people that I’m with at camp, that I only see three weeks a year, I’m closer with than anybody in my life. So I can voice my own opinions and not feel judged.”

Habonim and Dror merged in 1982 but began as two separate socialist Zionist youth movements in Europe.

Habonim reached North America in 1935 and Camp Gilboa was founded the following year as a West Coast outpost. It’s the second smallest of the seven summer camps that Habonim Dror North America operates in the United States and Canada and is structured like an Israeli kibbutz, with campers doing much of the cooking, cleaning (including the bathrooms) and planning of activities. Care packages are even pooled and divided among the campers.

A socialist Zionist summer camp might not be an obvious bet for success in 2015, let alone one with a Los Angeles catchment area. But after decades of slow decline, Camp Gilboa appears resurgent.

With 173 campers this summer, up from 110 in 2011, and a budget more than doubled since 2007, camp officials are even considering for the future setting up large tent cabins because the wooden cabins are too full.

It’s a significant turnaround from what seemed like the end for Gilboa. The camp was shuttered in 1982 and stayed closed for more than a decade. Alumni of the camp banded together in 1995 to pool their money and solicit contributions, reopening the camp, and in 2011 they purchased its current 40-acre site in the scenic woods near Big Bear.

The camp’s comeback story is mostly due to nostalgic Gilboa alumni who wanted their kids to share their summer experiences. The board was restructured, and Jewish nonprofit groups that support summer camps provided strategic training to boost fundraising efforts. Their success is also a product of increased marketing to Israeli families and to synagogues that don’t operate their own summer camps.

Eighty years after the founding of Habonim Dror North America, Zionist ideology is still a central force in the movement, with campers spending a summer in Israel before returning as camp counselors. But as the kibbutz movement has declined, so has the emphasis on making aliyah to a kibbutz. Instead, some alumni have established progressive communities in Tel Aviv, Haifa and other cities.

Bar-El, a Habonim camper during the late 1970s and now a senior planner for the city of Santa Monica and board president of Camp Gilboa. “The goal used to be to move to a kibbutz. Today the goal is to move to Israel in order to address issues of social equality.”

The political climate in Israel and the ongoing conflict with Palestinians have tested many progressive Jews’ emotional attachment to Israel. But according to a survey commissioned by Habonim Dror in 2013, their alumni continue to support the Jewish state in overwhelming numbers. 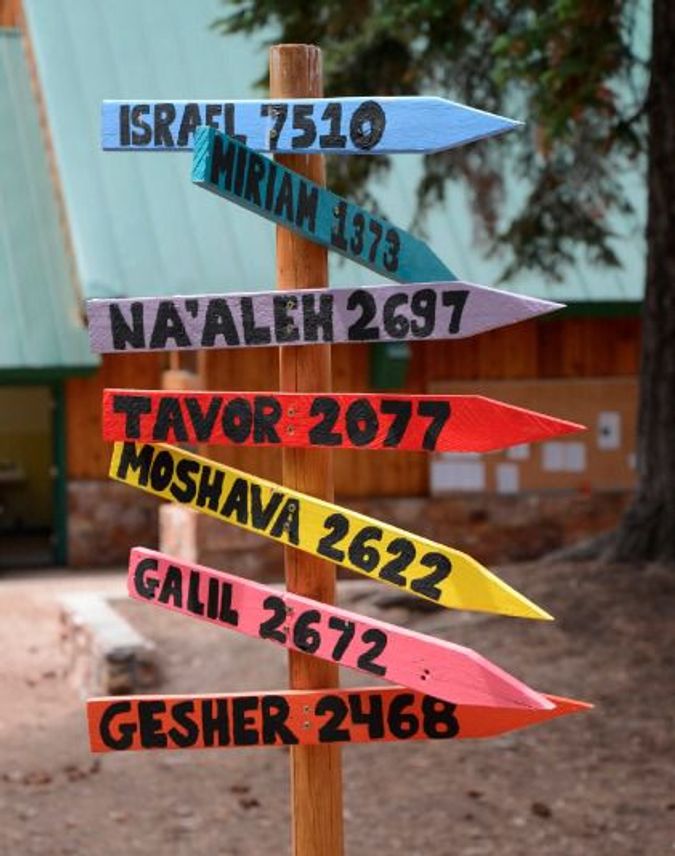 Titled “Building Progressive Zionist Activists: The Long-term Impact of Habonim Dror,” Steven M. Cohen and Steven Fink surveyed almost 2,000 alumni, ages 18 to 83. They estimate that about 40,000 people have gone through the Habonim camps. Those Jews are more likely to become actively involved in Jewish organizations and assume leadership roles, to strongly support Israel and to make aliyah.

“We’re not conceding Israel to the ultra-Orthodox,” Bar-El said. “We have our vision of Israel, and we’re teaching our kids what could be in Israel and what they could do to make that happen one day.”

The survey found that alumni tend to identify with the left-wing Labor and Meretz parties and disapprove of Prime Minister Benjamin Netanyahu’s performance and the Israeli government’s policies. In the past 50 years, Habonim has also been active in the U.S. civil rights movement, the anti-Vietnam War movement and the struggle against apartheid in South Africa.

“The thing that enabled the movement to adapt is that underlying both the socialism and the Zionism was a critical sensibility,” said Nomi Stolzenberg, a professor of law at the University of Southern California. Her parents attended a Habonim camp in the 1940s, she went to Camp Galil, in Pennsylvania in the 1970s and her daughter Sara, 15, currently attends Camp Gilboa. She praised the importance placed on “nurturing a critical, questioning perspective” at the camp.

That anti-authoritarian streak is encouraged and fostered at Camp Gilboa. Campers make many of the decisions of how the camp is run — from planning the activities to preparing meals to deciding how the day is structured — using a consensus-based decision-making model.

“I’m not sure how many other camps have the kids able to change a block of time in the day, or rename a building,” said Sara Zebovitz, 24, the North America director of Habonim Dror. While visiting Camp Gilboa this summer, Zebovitz attended “Gilboa Idol,” a talent show organized by campers.

“The younger kids really do feel like they can go talk to the older kids as mentors and people to have fun with. And the staff is with the kids, having fun and dancing with them,” she said. “That nighttime activity was planned not by the staff, but entirely by the older kids, who also prepared the snacks for the evening and decorated the entire room with streamers.”

Zebovitz spent 15 summers at Camp Galil as a camper, counselor, and director. She says that Habonim alumni are raised with a vision of a progressive Jewish state that sustains students through college campus battles over the Israel-Palestine issue.

“The fact that that vision exists and has remained solid for so long is what really keeps us going,” Zebovitz said.

Gilboa campers continue to stay active, either in school leadership positions or in extracurricular activities. Sid Oderberg, 20, has been a camper or counselor at Gilboa since he was 10, and is a computer science major at the University of California, Berkeley. This year he’ll head the Berkeley Habonim Dror Ken (literally “nest”), a chapter of the movement that functions year-round. There are 16 of them in the United States and Canada.

“It’s a space for the counselors and campers to actualize on the ideology of camp. We talk a lot about different issues at camp, but there’s not much that you can actually do while you’re there. So we try to find different organizations to work with throughout the year to volunteer and do community service,” Oderberg said. Among the projects he’s hoping to initiate this year is a community garden.

Gilboa’s rosh machaneh, or head of the camp, Elana Bloomfield, 23, has been involved in Habonim since she was 9 years old. She’s currently a student at McGill University and active in the Progressive Zionist Club and the Sexual Assault Center on campus. “My experience with other people from Habonim in Montreal was that we go to protests together and we have Shabbat dinner and do potlucks every week,” Bloomfield said.

As the 2013 alumni survey found, former campers cherish the freedom of expression and emphasis on critical thought they found at Camp Gilboa and the other Habonim summer camps. It’s what’s kept them involved in the movement and helped propel them to leadership roles in J Street, the liberal Jewish advocacy group and other organizations. It’s also turned out a fair share of notable alumni, including actor Seth Rogen, economist Stanley Fischer and Israeli Prime Minister Golda Meir.

Meanwhile, Habonim officials are preparing for the next generation of progressive Zionist youth, who begin as young campers and move on to bigger roles.

“I think every decade a new wave comes through,” Zebovitz said.