When the ‘Man From Damascus’ Appeared in My Brussels Doorstep 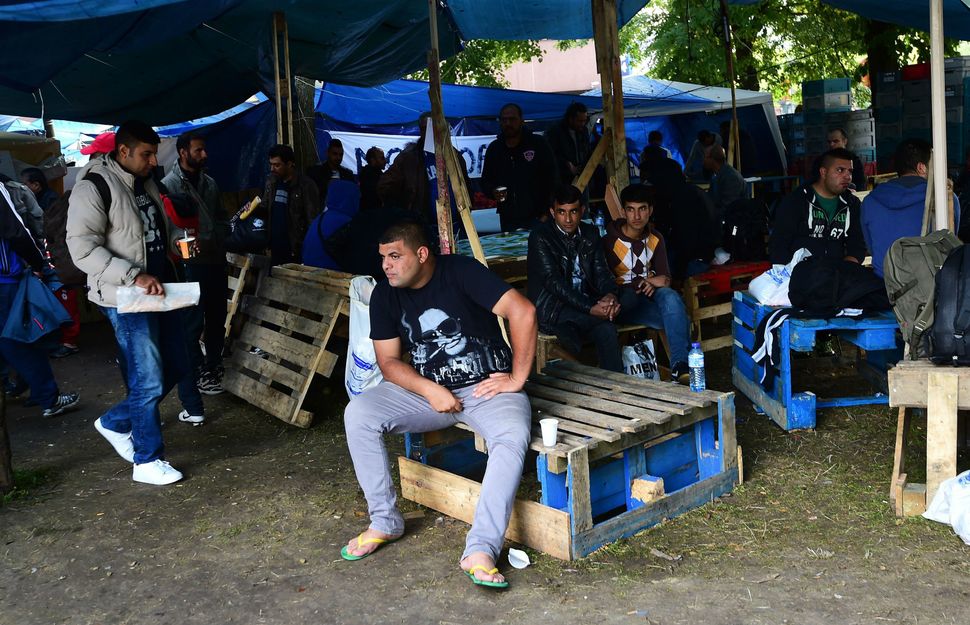 He said he was from Damascus. Camped out two flights below, speaking a mix of French and Arabic, he wasn’t hard to understand.

I caught a glimpse of him in late August, on my way to the laundromat. Sitting on top of a pile of blankets, covered by a sleeping bag, the immigrant from Syria looked like he hadn’t been outside that long.

The more time you spend in Europe’s capital cities, the more frequently you’ll encounter scenes like this.

Especially in poor neighborhoods like Schaerbeek, a heavily North African and Turkish part of Brussels, where I rent a studio for when I am in town to work at the head office of the news service where I am an editor. 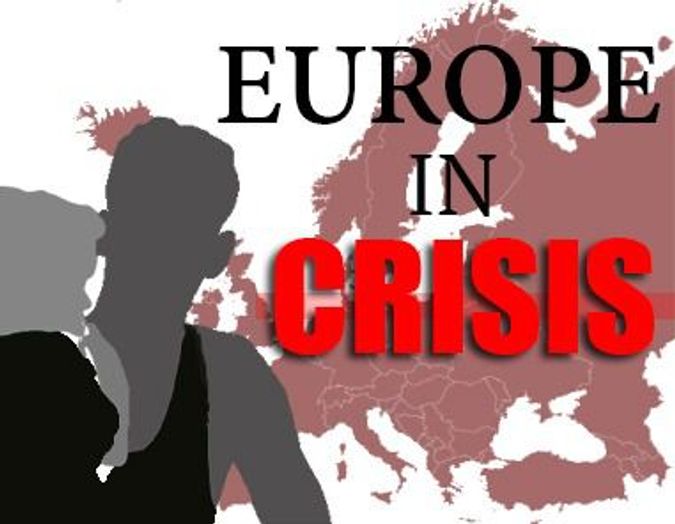 I ran into the man again the next morning, as I left for the office. He’d stashed his belongings somewhere and had sat down at an Albanian cafe on the corner. His head resting on his chest, he’d fallen asleep at a table. I took a photo of him and rode to work.

I’ve encountered numerous immigrants from Syria before, especially in my hometown, Berlin. My neighborhood, Neukölln, is very much like Schaerbeek, with its mix of Muslim immigrants, including Kurds and Palestinians from Syria. The Palestinians are, by and large, refugees twice over, having fled or been evicted by Zionist forces from Mandatory Palestine in the 1948 war that established Israel as a state. In Syria, with some exceptions, they were classified as refugees and never granted Syrian citizenship. The diversity of immigrants from Syria can be quite surprising to people outside the region who are mostly unfamiliar with the country. 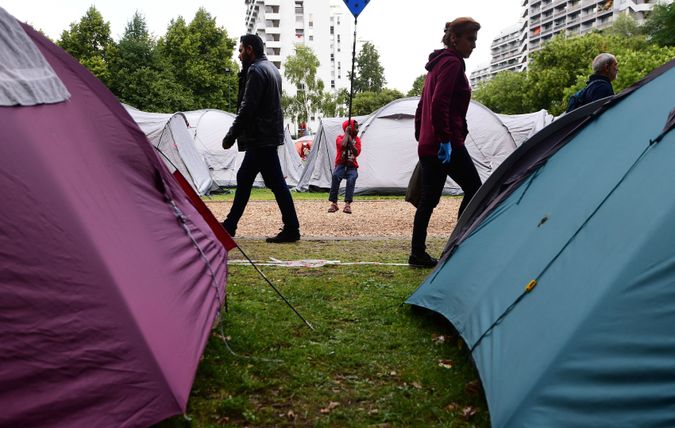 The only immigrants from Syria whom I’ve talked to in Brussels have been Palestinians, from the Yarmouk camp, in Damascus. Last April, they were protesting outside the European Parliament, trying to draw attention to the entry into the camp last year of the brutal group known as Islamic State. Palestinian militiamen allied with the government are said to have engaged them, and there were heavy civilian casualties.

At work on the same August day that I photographed the man from Damascus, I found myself editing stories about the refugee crisis in Europe. Every other article had something about Syria in it.

I thought back to my father, who, smuggling weapons to Palestine from Turkey before the War of Independence, had landed himself in a Damascus jail for six months.

“It wasn’t that bad,” he said. “Syrian food is pretty good.”

I imagined relating the story to the French-speaking immigrant from Syria outside my building. I resolved to tell it to him after I got home from work.

Sadly, when I returned, he was gone. I haven’t seen him since. But I’m sure, given the way the refugee crisis is going, I’ll encounter someone else like him soon.

Joel Schalit is the news editor of EurActiv.com. Contact him at [email protected]

When the ‘Man From Damascus’ Appeared in My Brussels Doorstep