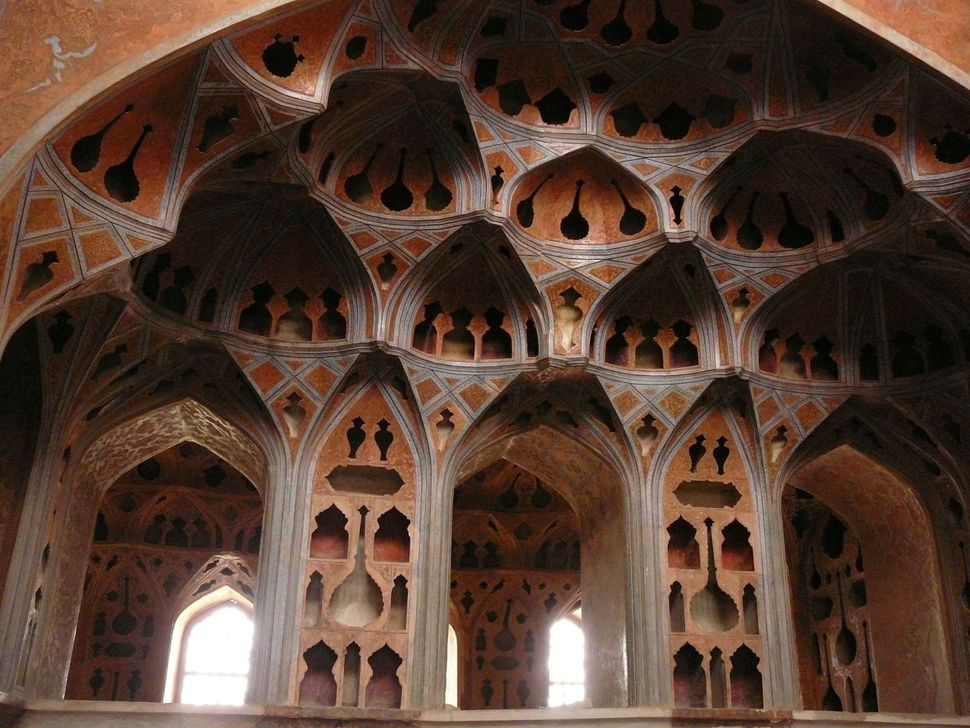 Architectural Artistry: A mosque ceiling in Isfahan displays a so-called stalactite design, one of the motifs found in many Iranian mosques, where the use of images in design is prohibited. Image by Steve Kutay

Ask the State Department whether it is any safer now for Americans to travel to Iran, and the answer you’ll get will be unequivocally negative. The nuclear deal reached with Tehran, as a State Department makes clear, “does not alter the United States’ assessment of the risks of travel to Iran for U.S. citizens.”

But then ask Steve Kutay, a tour organizer to Iran based in Ashville, North Carolina.

“I tell them it’s one of the safest countries I’ve ever visited,” said Kutay, 75, a Jewish transplant from Brooklyn now settled deep in the South.

It’s not like Kutay hasn’t gotten this question before. “This is the first question people ask me,” he noted.

But for Kutay, and for others in the business, the events of the past few months represent an opportunity to turn Iran, currently a niche destination that few Americans visit, into a prime vacation site for lovers of history, archaeology and nature.

The recently signed nuclear deal, they hope, will help lift the veil of fear and mystery surrounding Iran, and allay some of the suspicions many Americans harbor toward the country and its treatment of U.S. nationals. If Americans’ mindset toward Iran does indeed shift, this select group of travel agents and tour providers stand ready to capitalize on the opening. Indeed, some are already launching new tours. Their promotional pitches promise to help tourists discover the “wonders of Persia.” There are even plans for a Jewish heritage tour in the works.

The New York Times began organizing 13-day trips to the “once-forbidden land of Iran,” earlier this year. Their tours are led by former New York Times reporter Elaine Sciolino, who has experience reporting from Iran. The tours, the Times reports, are “selling fast.”

While there are several travel agencies, mainly in the Los Angeles area, that advertise trips to Iran and boast added tours this coming year, none were willing to discuss their plans with the Forward, presumably due to the uncertainty that still surrounds the future of American-Iranian relations. 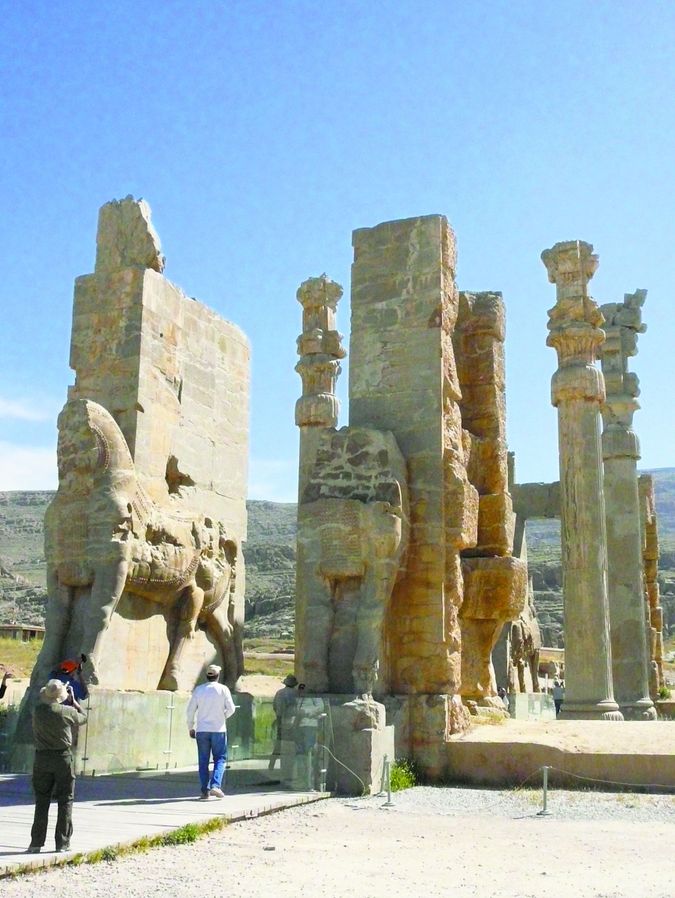 Still Standing: Persepolis, in Southern Iran, built by Darius the Great in the Sixth Century B.C.E. was the ceremonial capital of the Achaemenid Empire. Image by Steve Kutay

But business isn’t the sole motivation for some of those involved in getting Americans to visit Iran; there’s also a sense of mission. Some want to use their position as middlemen to help dispel preconceived notions Americans may have about the Islamic Republic.

“I feel in a way that it’s a mitzvah to bring people there,” Kutay said. “I’ve been to about 80 countries, and I haven’t seen any country that Americans have more misconceptions about than Iran.”

At a stage in life when many of his contemporaries are enjoying their retirement, Kutay has turned his passion to bring tourists to Iran into a second career as a tour organizer to the country that many Jews see as a visceral enemy of both America and Israel.

The septuagenarian is not unaware of the irony, given Iran’s hostility to Israel. Kutay’s father was a Jewish immigrant from Lithuania, and his mother was born in Brooklyn. The family went to synagogue on holidays only, but the neighborhood was so Jewish that observance was never a measure for Jewish identity.

Later in life, though his New York accent never left him, Kutay traveled the country, moving west to Santa Fe, New Mexico, before settling down in North Carolina. His first business, as an importer of handicrafts from Indonesia and New Guinea, sparked a taste for world cultures. Eventually, while serving on the Santa Fe Council on International Relations, he began organizing educational trips across the world, including one to Iran.

A year ago he reached out to the Iranian travel agents he had worked with on that trip and started his new business, Iran Luxury Travel, focused solely on taking American tourists to Iran.

“They love Americans,” Kutay said of his encounters with Iranians. “When Iranians hear that you’re an American, they go berserk; they want to take pictures with you, talk to you, invite you to a picnic. They’re wonderful people.” The more Americans that go to Iran, he believes, the easier it will become to change the way Americans perceive the country.

Kutay rejected concerns that one consequence of his enterprise could be more cash for a regime that has declared its wish to see the demise of Israel, home to the world’s largest Jewish population.

“The money that Americans spend there is not a great amount and most of it goes to the private entrepreneurs,” he said, noting that only a small portion goes to the Iranian government as taxes and fees. “It’s a big leap of faith to say that the government will use this money to attack Israel.”

Kutay believes that most Iranians do not hate Israel and are not actively seeking its destruction, and that the more Americans go to Iran, the better understanding Iranians will have of the west and of Israel.

The notion that people-to-people encounters have the power to change political realities has also been the driving force behind Jerry Dekker’s program aimed at taking Americans from all walks of life to visit Iran. Dekker, who is based in San Francisco, does not do it as a business, but rather as a not-for-profit initiative aimed at “citizen diplomacy.” 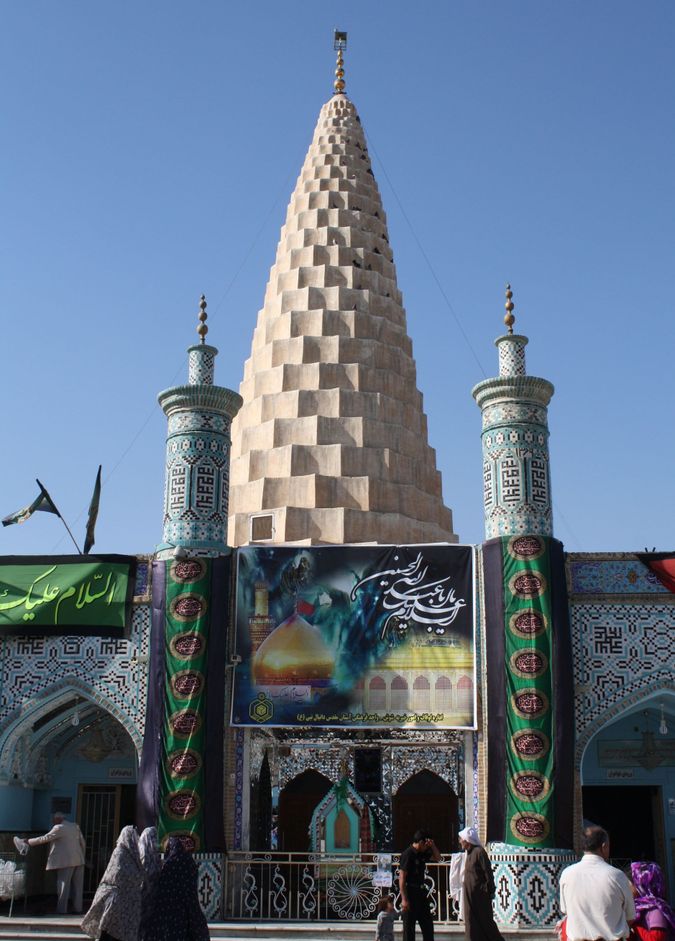 “The government’s official diplomacy hasn’t been very successful, so our philosophy is that by having Americans take these trips, the Iranians will have a better feeling toward Americans and vice versa,” he said.

He has organized trips for more than 350 Americans since 2008 and is now seeing a surge in interest. “It’s already happening,” he said, noting the spike in inquiries about Iran tours in recent months.

Dekker lived and taught in Iran for 13 years before the 1979 Islamic Revolution. After his return to California he set up a program of academic travel. The program was later opened to all those wishing to visit Iran as citizen diplomats.

Asked to outline a profile of the average American traveling to Iran, both Dekker and Kutay pointed to older, educated, savvy travelers, more likely than not to hold liberal political views. “Not the type of American traveler who goes to hang out in Cancun,” Dekker said.

And many of them are Jewish.

“At least half of our visitors are Jewish,” said Dekker. “They want to see Jewish pilgrimage sites, they want to meet the Jewish community, and they’re curious to learn more about Iran.”

Iran is home to some of the most ancient Jewish heritage sites, including the tombs of Esther and Mordechai in Hamadan and the tomb of the proph- et Daniel in Khuzestan. It also has the second largest Jewish community in the Middle East — after Israel’s — with many synagogues open to visitors and tourists.

Iranian authorities make no secret of their continuing disdain for Israel even as they reach out to Jewish tourists. In September, Grand Ayatollah Ali Khamenei, Iran’s supreme leader, said during a speech in Tehran: “God willing, there will be no such thing as a Zionist regime in 25 years. Until then, struggling, heroic and jihadi morale will leave no moment of serenity for Zionists.” 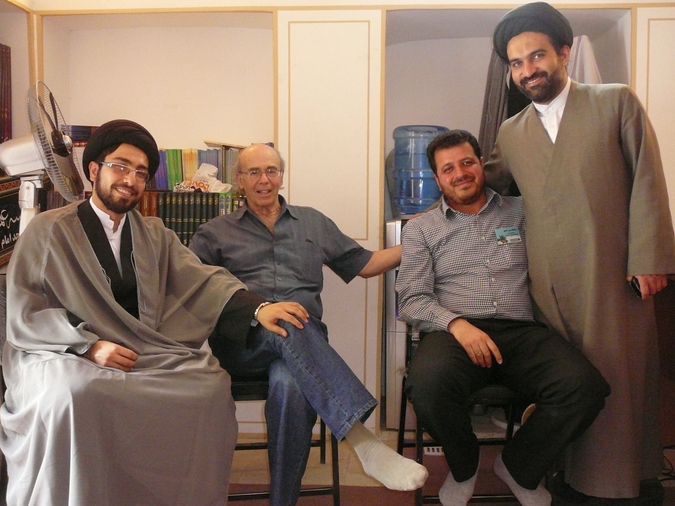 This is part and parcel of Iran’s policy of compartmentalization when it comes to Jews and Israel: the country’s top leaders distinguish sharply between their absolute opposition to the Jewish state, and to Zionism, while professing deep respect for Jews as a “people of the book” who are cited in the Quran, and for Judaism as a kindred monotheistic religion.

Dekker said he had heard several times from Iranian officials that they’d like him to bring over more American Jews “to see for themselves that Iran does not have an anti-Jewish policy.”

Meanwhile, at least one travel agency in Iran is now putting together its own Jewish heritage tour. The local travel provider who partners with Dekker told him they are working on a Jewish heritage trip which will be led by a local Iranian rabbi and will be open to American and European Jews interested in the country’s Jewish history. In the United States, a group of Jewish veterans of a previous trip to Iran are looking into the possibility of organizing a similar heritage trip for American tourists.

Travel agents and trip organizers offer tourists in Iran five-star hotels, modern tour buses and all other amenities Americans have come to expect. But it is still not like any other trip abroad.

A regime of international sanctions still in effect against Iran, due to its nuclear development activities, makes it impossible for Americans to use credit cards, or even traveler’s checks, in the country. The sanctions also limit the ability of visitors to deal directly with local travel vendors.

Americans traveling to Iran are required to obtain a visa in advance in a lengthy though uncomplicated process. The Iranians will not grant a visa to tourists who have an Israeli stamp on their passport.

While in Iran, tourists are required to hire a guide who will take them around, translate and spend most of the day with them. “But it’s not like in the Soviet era,” said Kutay, who insisted the guides are not minders working for the Iranian government.

Tourism is still a marginal contributor to the Iranian economy, but in the past decade, as international sanctions deepened, it has become a valuable source of foreign income. In 2014, following the election of Hassan Rouhani as president one year earlier, and the widespread expectation of a relative moderation of Iranian policies, the country saw a surge in European tourism, which grew by 200%, according to Iranian officials.

American tourists have, until now, largely avoided the country. But according to Kutay, “I see it slowly building up and I hope I’m on the ground floor of this growing trend.”