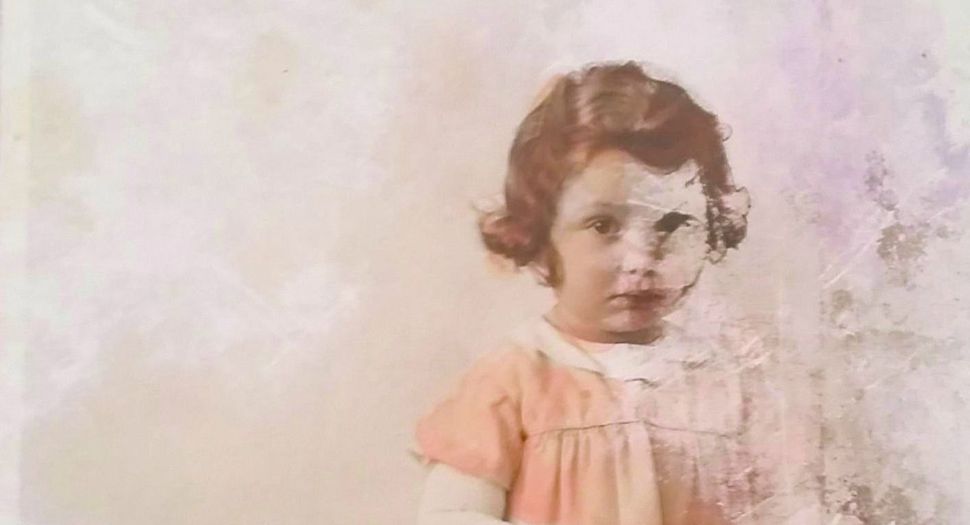 Who has a picture of Ruth Nelly Abraham?

That intriguing headline, a plea from Holocaust survivor Inge Auerbacher, appeared in the Berlin newspaper Der Tagesspiegel on August 3. Auerbacher, 80, was looking for a picture of her childhood friend, Ruth Nelly Abraham, who was murdered at Auschwitz.

Auerbacher hoped a picture would breathe new life into her memory of Abraham. The two girls became friends in Theresienstadt, also known as Terezin, a concentration camp 35 miles northwest of Prague, where they lived together from 1942 until October 9, 1944, when Abraham was taken to Auschwitz.

Auerbacher remained in Terezin, where thousands of Jews died from malnutrition and disease, while others, like Abraham, were shipped to the Auschwitz and Treblinka death camps.

Auerbacher and her parents survived the Holocaust. They came to the United States in 1946, when Auerbacher was 11 years old. She had contracted tuberculosis in Terezin. Gravely ill, she was unable to attend school until she was 15. She eventually became a chemist.

She now travels the world lecturing on the Holocaust, and has written five books on the subject. In a recent interview with the Forward in her modest home in Queens, she spoke passionately about her childhood experience in Terezin.

She recalled how she and Abraham, as 8-year-olds, played with their identical dolls. Auerbacher said that her doll was named Marlene, after Marlene Dietrich, the movie star she idolized.

The girls’ meager joy in play was often dampened by the daily search for food. Starvation and disease were widespread.

“We rummaged around the garbage dump, and sometimes we came up with potato peels,” Auerbacher recalled.

The Auerbacher and Abraham families shared one bunk bed and lived in a room with 40 others. Many in the room were disabled World War I veterans, some chronically ill and neglected.

Abraham had blond hair, Auerbacher recalled. Abraham’s greatest joy was drawing pictures on scrapbook paper with colored pencils that she’d smuggled into the camp. She gave Auerbacher a hand-sewn dress for her doll, telling her to take good care of it until the girls would meet again. That was Auerbacher’s last memory of her friend.

For years, Auerbacher searched for a photograph of Abraham by which to remember her. She even visited Abraham’s former home in Berlin and inquired, to no avail, whether any of the residents remembered the Abraham family. Running out of leads, Auerbacher wrote to Der Tagesspiegel.

Her query touched Birgit Sosson, a German social worker from Zweibrucken, a small city near the French border, who saw it posted on Facebook. Sosson, whose hobby is genealogy, felt Auerbacher deserved to see a photograph of her friend. 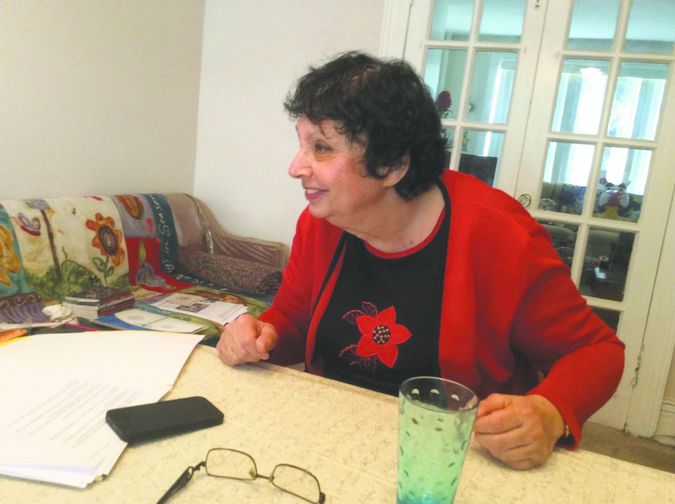 Chasing Memory: Survivor Inge Auerbacher spent decades tracking down a relic of her past. Image by Iwona Hoffman

“I just wanted to do the right thing,” she said. Sosson identified with Auerbacher’s loss because her best friend died of lung cancer when she was 12. “I knew what Inge was going through,” she said.

Sosson began by looking at the Stolpersteine, or stumbling blocks, embedded in the street in front of the former Abraham family residence in Berlin. Stolpersteine are brass plaques that have been placed in the sidewalks in Berlin in front of the last residences of many Holocaust victims, in order to promote awareness of the Jews’ vanished presence in Germany’s capital. These individualized memorials contain the names and dates of deportation of the Jewish person in question.

With this information, Sosson tracked down Ron Brinitzer, a second cousin of Abraham. Brinitzer, 46, an economist who lives in Krefeld, northwest of Dusseldorf, was creating a family tree of his own. Although he had not researched the Abraham side of his family, he did know that a 90-year-old aunt, Alisa Eiger in Munich, had a damaged photo of Abraham, taken when she was 3 years old. In the picture, Abraham is in a light smock; she looks shyly at the camera, a toy animal clasped in her hands.

When Auerbacher finally received the photo through Eiger, she was comforted. “At least I will have a picture of dear little Ruth before I die,” she said. But the image also reminded her of the suffering they endured together.

Most of all, it brought Abraham to life again.

“For me it’s a miracle,” she said. “Out of the ashes a child was reborn, and now we have a picture. She did live.”