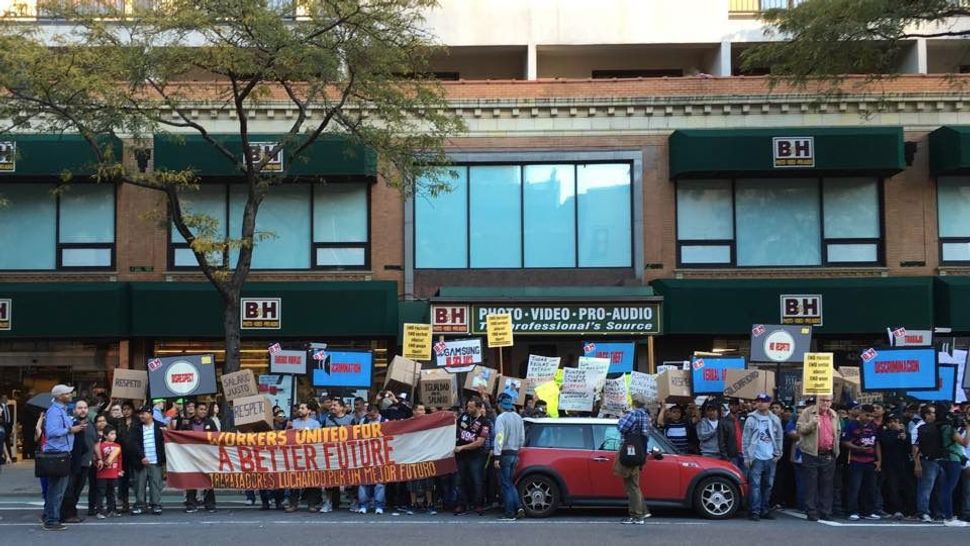 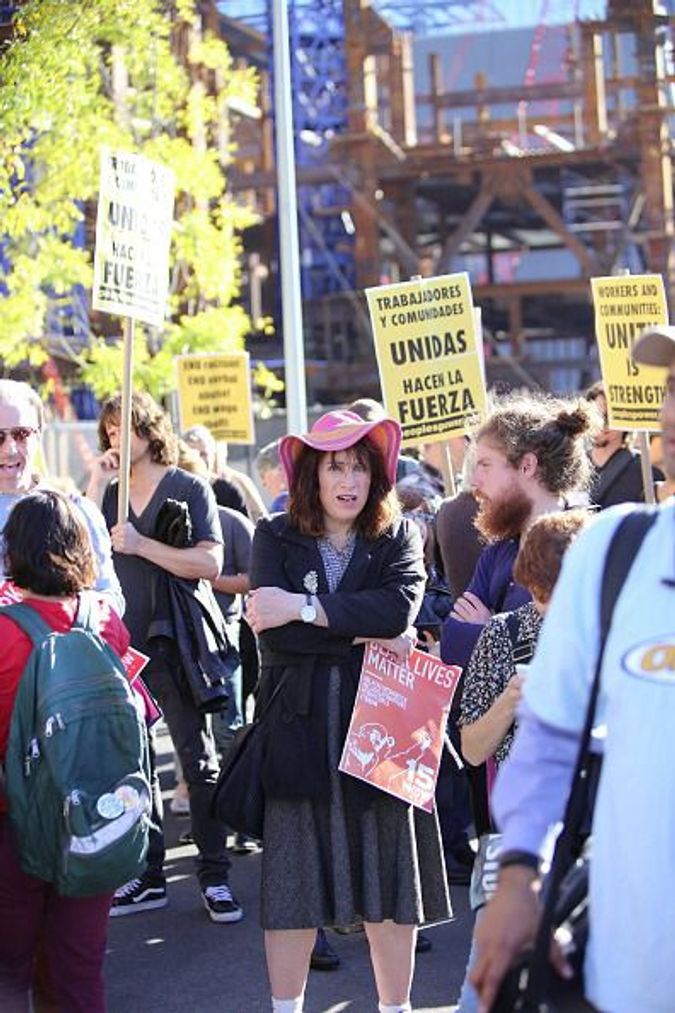 Protest: Above, workers organized by the Laundry Workers Center United prepare to march for justice on October 11. Below, the iconic photography emporium on 9th Avenue in Manhattan. Image by Getty Images

Organizers filed a petition October 13 with the National Labor Relations Board for roughly 200 workers at B&H warehouses in the Bushwick section of Brooklyn and at the Brooklyn Navy Yard. Workers are seeking to join the United Steelworkers.

“The warehouses are full of dust,” said Jorge Lora, 36, an employee at the warehouse. “We don’t have training or knowledge how to use the machines.” 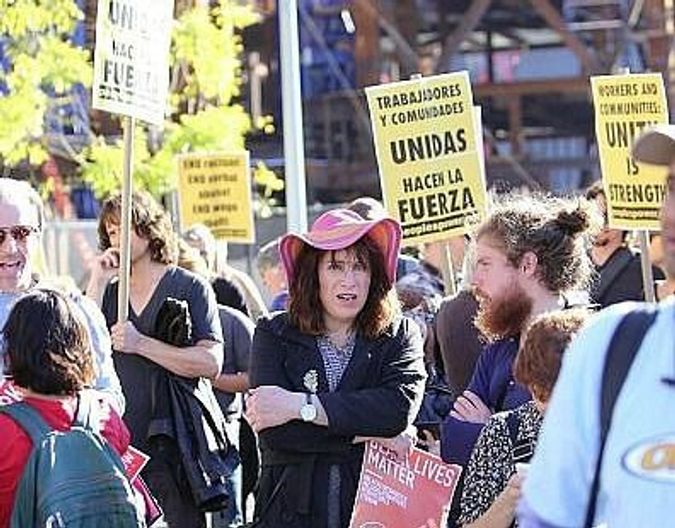 Other issues cited by Lora and by the Laundry Workers Center United, an organizing group working with the B&H employees, include a lack of first aid equipment on site, erratic hours with involuntary overtime and insufficient access to emergency exits.

In one 2014 incident cited in an Al Jazeera America report on the union drive, workers alleged that when smoke from a nearby fire filled the Navy Yard warehouse, managers still required workers to be screened by metal detectors as they exited.

A representative for B&H declined to comment on any of the allegations, and declined to speak about the unionization effort.

Based out of a large store on Ninth Avenue in Manhattan, B&H is the premier retailer of photography equipment in New York City. A magnet for tourists and photography professionals, the store employs an unusual conveyor belt system to relay visitors’ purchases to the check-out counters.

Outside its retail and online businesses, B&H also sells to government and corporate clients. In 2014, the company received $13.5 million in government contracts, including $8.8 from the Department of Defense.

Owned by Herman Schreiber, a member of the Satmar Hasidic community, B&H is known for hiring staff from ultra-Orthodox communities in the New York area. The staff of its retail store, in particular, is heavily Orthodox.

Not so in the warehouse. Workers there, according to organizers, are largely Hispanic, mostly from Mexico, Guatemala and Honduras. Many do not speak English. Rosanna Rodriguez, an organizer with LWCU, said that workers are suffering ill health effects from conditions at the warehouses.

“There are workers bleeding from the nose three times a week because of the dust,” Rodriguez said. She said that a doctor is in the process of examining the workers and preparing a report on their condition. 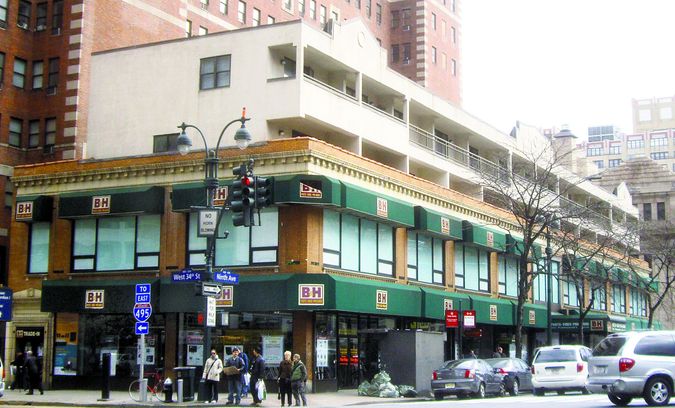 For Lora, scheduling issues have constituted a major burden. Employees work on the five and a half day a week schedule common at many Orthodox businesses, with work on Sundays and half-days on Fridays. He said that after Jewish holidays when the warehouses are closed for long stretches, work hours can multiply. On October 7, after the business had been closed for the holidays of Shemini Atzeret and Simchat Torah, Lora said the workday ran from 6:30 a.m. until 11 p.m.

Lora said that managers sometimes will ask employees if they can stay after work hours, but force them to stay regardless of their answer. LWCU’s efforts with the B&H warehouse employees began in September 2014, soon after the fire near the Navy Yard warehouse. The United Steelworkers, which the workers are attempting to join, became involved this past summer.

“We have the majority of the workers,” Lora asserted.

A union election is expected in roughly a month.

A 2013 article in Crain’s New York Business reported that the firm was considering moving its Navy Yard warehouse to a property in Rockland County when the Navy Yard lease expires in 2017.