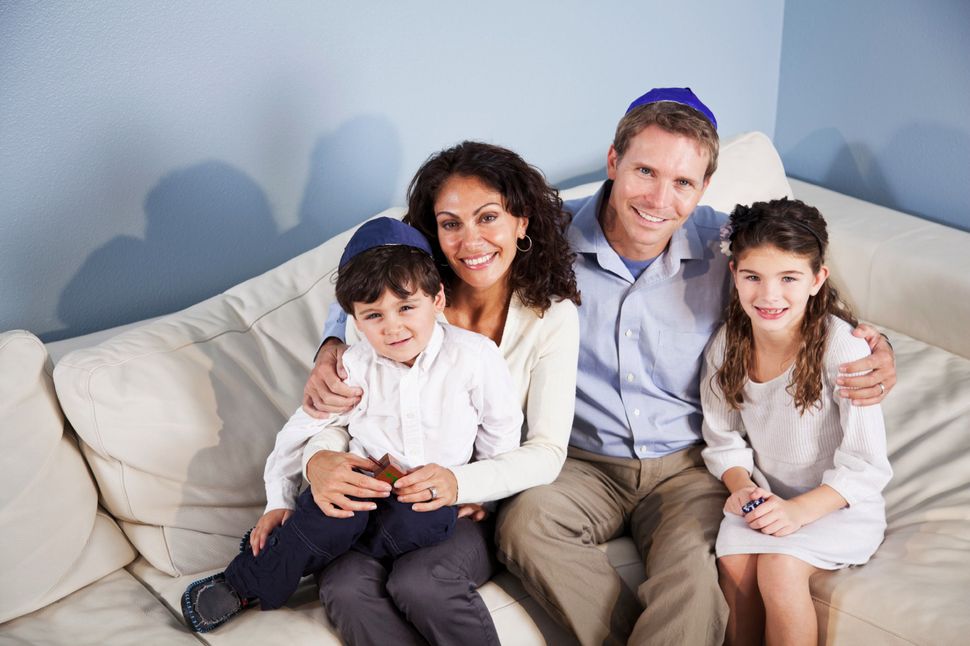 If rabbinic leaders are supposed to be the spiritual backbone of the Jewish family, the schools that train them have not set much of an example when it comes to supporting working parents.

Even though Jewish communal groups put a huge emphasis on family life and Jewish continuity, most of the nation’s rabbinical seminaries still do not offer their employees paid parental leave.

Some seminaries even try to duck questions on the issue.

“There’s such a conflict between the values being espoused and a policy that would show you respect those values,” said Shifra Bronznick, founder and president of Advancing Women Professionals and the Jewish Community.

When it comes to paid parental leave, the outliers are two smaller seminaries. The Reconstructionist Rabbinical College has offered its staff four weeks of fully paid parental leave for birth and adoptive parents of either sex since the 1980s, according to Jennifer Abraham, vice president of administration.

“It was just the right thing to do,” Abraham said. “If we had more money, we’d pay for more weeks off.”

On October 13, the Jewish Theological Seminary joined their rarefied club with the most generous package to date. The Conservative seminary announced that it would offer six weeks of paid parental leave to primary caregivers with more than one year of service, and eight weeks of paid leave to those who served more than three years. Secondary caregivers will be granted two weeks parental leave.

Rabbi Mychal Springer, who chaired the JTS committee that drafted the policy, said, “This is a huge recognition of the seminary’s desire to support people in having families.”

Springer added that JTS’s policy was particularly innovative because it applies to couples of all backgrounds, whether they are straight or gay, birth parents or adoptive parents. The most important factor is whether the parent views his or her role as primary caregiver or a secondary one.

In the rest of the world’s industrialized nations, the concept of paid maternity leave is as revolutionary as the idea of a public holiday.

Almost 200 countries mandate paid maternity leave, half of them for 14 weeks or longer.

In America, parents who work for a company large enough to be covered by the 1993 Family and Medical Leave Act are entitled to three months of leave, but without pay.

Most mothers rely on short-term disability, which varies from state to state and pays anywhere from one-half to two-thirds of a salary for four to six weeks.

But as far as employer-paid family leave goes, businesses are pretty much able to make up the rules as they wish. For that reason, only 13% of American workers have access to paid parental leave.

At the start of this year, President Obama vowed that he would make paid parental leave a priority in the final two years of his presidency.

He signed a presidential memorandum allowing executive branch workers to use six weeks of sick leave for the birth or adoption of a child.

He is also backing the Federal Employee Paid Parental Leave Act, currently winding its way through Congress, that would give federal employees a further six weeks of paid administrative leave to care for a new child.

Against this backdrop, the Jewish community’s record is spotty.

A survey that Bronznick’s group commissioned in 2009 found that 65% of Jewish organizations did not offer paid parental leave. That year she launched the Better Work, Better Life campaign, which aimed to enlist 100 Jewish groups to commit to a formal written policy offering employees paid parental leave, a flexible work schedule or, preferably, both.

But rabbinical and congregational arms remain averse to change.

The leading Reform seminary, Hebrew Union College-Jewish Institute of Religion, did not respond to calls and emails asking for its policy. Hebrew College, in Boston, declined to respond.

American Jewish University, which ordains Conservative rabbis, does not offer paid parental leave. Nor does the nondenominational Academy for Jewish Religion, in Yonkers, New York.

Schools such as AJU and Y.U. referred instead to what they said were generous vacation and sick leave benefits that employees could use in place of parental leave. “Yeshiva University is committed to the well-being of all its employees and their families,” a spokesman for Y.U. said.

The Orthodox Union changed its policy this past summer to offer mothers eight weeks of paid maternity leave and fathers two weeks of paid parental leave. Lenny Bessler, the O.U.’s senior human resources officer, said: “We are very excited about it, and I think it promotes Jewish values of family and children.”

The United Synagogue of Conservative Judaism, however, does not offer paid leave.

Bronznick hopes that the situation will change as more Jewish organizations and institutions like JTS adopt paid leave policies.

“The seminary is a definite breakthrough, because we are hoping that other organizations will feel they have to follow their lead,” Bronznick said. “It’s also a breakthrough because it’s saying to their funders and philanthropists that these policies matter, that how we treat our people matters, that how we live our values matters.”