Welcome to Haifa, the Israeli City That Refuses to Hate 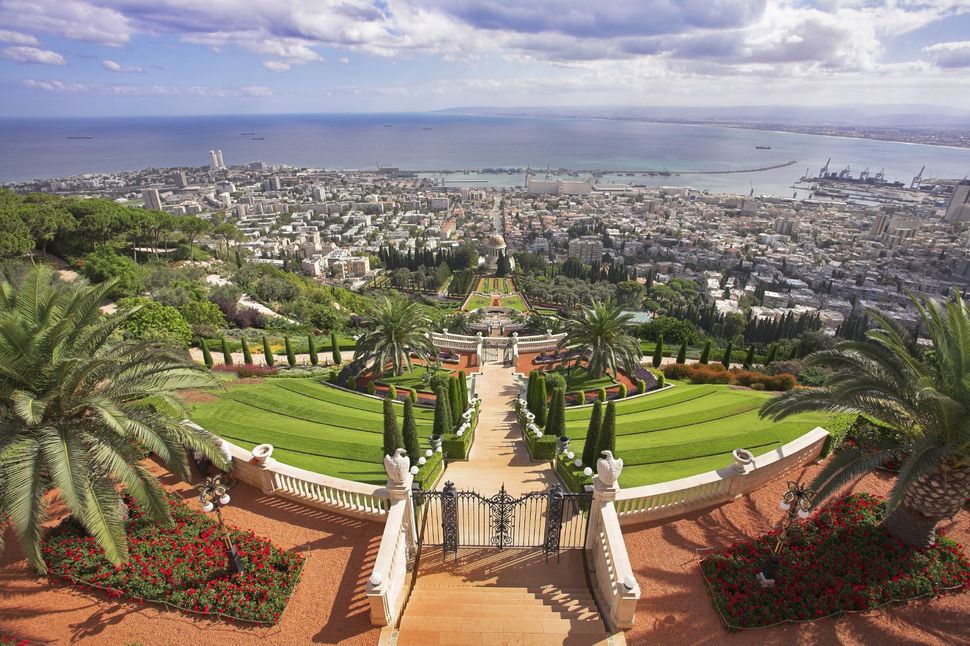 **Haifa:8* Israel's northern metropolis stretches from the Bahai Temple to the industrial port and has Jewish, Muslim and Christian populations. Image by IStock Photo

At a bus station in downtown Haifa, handwritten signs in Hebrew, Arabic and Russian have been taped to the glass: “Arabs and Jews refuse to be enemies.”

It’s perhaps a simplistic slogan for these charged times, but at least some Haifa residents appear to agree with it. Dozens had signed their names on the posters, as if they were a public petition to maintain the city’s status quo.

While Israel and the Palestinian Territories are dragged into yet another bout of harrowing violence, Haifa has remained relatively calm.

The city’s population of 275,100 is about 11% Arab, split evenly between Muslims and Christians. That compares with a population that was about 50% Arab just before the war that established Israel in 1948 and an Arab population in Israel overall today of almost 20%. But Haifa’s reputation as Israel’s premier “mixed” city rests less on its demographics than on the high degree of integration and cooperation among Arabs and Jews, not found elsewhere in the country. In addition to several mixed neighborhoods, Israeli Arabs hold key positions in government, business and major professions such as healthcare to a degree rarely found elsewhere in Israel. Meanwhile, fully 23% of the Israeli Jews hail from the former Soviet Union, giving Haifa a unique ethnic mix.

“Look, the city sometimes has conflict, but that’s everywhere,” said Fadi Nwessir, a 25-year-old Arab-Israeli tour guide wearing a bracelet that says “I’m a world citizen.” He was sitting at a bar in Bat Galim, a beachside neighborhood of Haifa. Across the table was a friend who grew up in Ofra, a Jewish-only settlement in the occupied West Bank.

“Here, we accept each other,” Nwessir said. “Like, okay, you have your opinion and I have my opinion, and we can talk about that, but we don’t have to kill each other.” 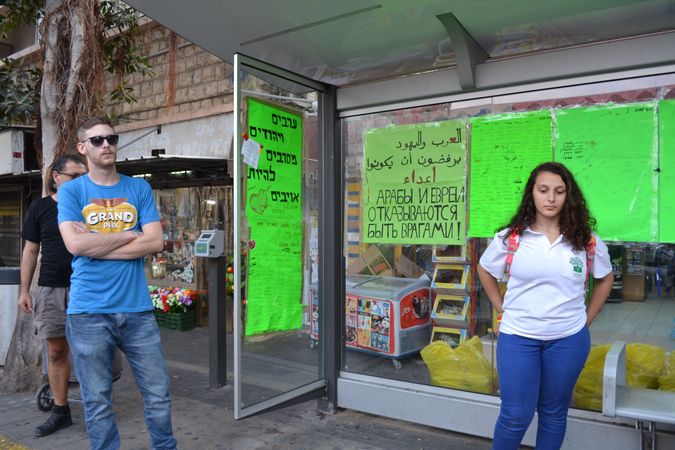 Since October, there has been a steady increase in bloodshed in Israel and the Palestinian Territories. Eight Israelis have died in shooting and stabbing attacks by Palestinians, and 42 Palestinians have been killed, either by police after stabbing attacks or in clashes with the Israel Defense Forces. In this tense atmosphere, Jews and Arabs across Israel are on tenterhooks. Jews fear being attacked by Palestinians on the street or in bus stations; Arabs are afraid of being mistaken for terrorists and gunned down by Israeli security forces or by Jewish civilians wielding weapons out of self-protection or revenge.

Yet while Jerusalem’s downtown has gone quiet in recent weeks, in Haifa people walk about freely. The downtown streets are filled with a mix of Hebrew, Russian and Arabic. A few blocks from Haifa’s city hall, three Israeli Jews set up a small demonstration with signs that said “Love all people” and “Want a Hug.” There, they were offering embraces and free vegan brownies to passersby. An elderly man walked by and, pausing for a hug, told the group to be careful not to get stabbed.

“I’m trying to create an alternative atmosphere,” said Natalie Blanc, one of the demonstrators, after the man had passed. “But I can understand him.”

Haifa has not been totally immune to the anxiety that is gripping Israel. In mid-October, in the Haifa suburb of Kiryat Ata, a Jewish man stabbed a Mizrachi Jew, or Jew from an Arab background, mistaking him for an Arab non-Jew in an apparent revenge attack for recent Palestinian stabbings. Days later, on a passenger train passing Haifa, a group of soldiers shouted “Terrorist!” at a person they believed was out to do harm, leading an IDF officer to fire a shot into the air. It was a false alarm, but several passengers were bruised when the train came to a sudden halt; others were treated for shock. In another incident, Haifa police briefly detained eight minors they said were throwing stones on Ben Gurion Street. But Arab community leaders contest the account and say the boys were just playing when someone called the authorities. In an effort to curb fears, there are now guards stationed at public schools.

Despite these events, Haifa’s mayor, Yona Yahav, insists that “nothing has changed,” in the city. “The coexistence is so deeply ingrained, for more than 115 years. So we’re not used to something else.” 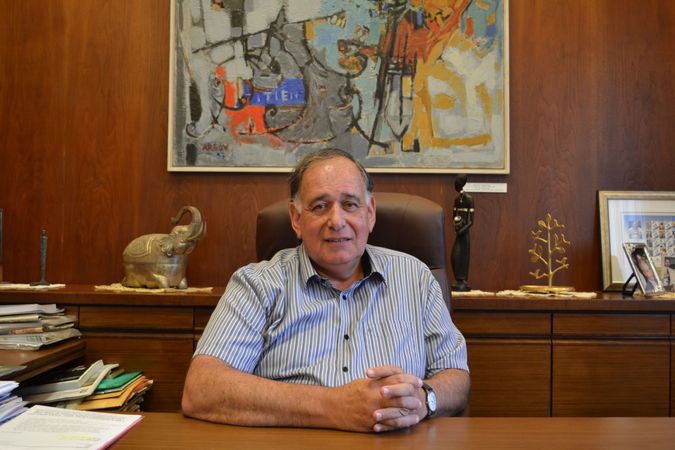 Hizzoner: Yona Yahav, a former Labor MK, was elected mayor of Haifa on the Shinui-Green ticket in 2003, but changed allegiance to Kadima in 2006. Image by Naomi Zeveloff

Jews and Arabs have lived together in Haifa for well over a century. But the story of their coexistence is much more complicated than Yahav’s comment would make it appear. An Arab port city for many centuries, Haifa became a major industrial hub in the 19th century, eventually drawing to its shores millennialist German Templers, people of the Baha’i faith, an offshoot of Islam, and Jews from Romania. European Jews settled in Haifa in large numbers at the turn of the 20th century, establishing trade unions and other organizations. Haifa’s leftist, labor-oriented bent, under the influence of its dock workers and powerful unions, led to the city’s nickname as “Red Haifa.”

For decades, Jews and Arabs joined together in worker solidarity in Haifa. But in the lead-up to the 1948 war that established Israel as an independent state, the city succumbed to the tensions between Jews and Arabs that swept all through British Palestine. Haifa’s Palestinian Arabs played an organizing role in the 1936 uprising against British rule and Jewish immigration. In 1947, the pre-state Jewish militias, the Irgun and the Hagana, attacked the city’s Palestinian population, launching explosives at Arab buildings and Arab crowds and homes, and ignited city streets with oil and fuel. Palestinian retaliation was short lived, and many fled or were forced out. Before 1948, there were roughly 70,000 Jews and 70,000 Palestinians. After the war, just a few thousand Palestinians remained.

Yet almost 70 years later, Haifa is often portrayed as a beacon of coexistence. The reason has to do with the strength of the city’s Arab population, said Jafar Farah, head of the Mossawa Center for Arab Citizens In Israel. After 1948, communist groups in the city bid for Arab participation. Compared to their brethren across Israel, Arabs in Haifa felt relatively free to establish cultural and political institutions. Over the decades, the city has become a magnet for Arabs from villages across Israel. Armed with professional degrees, they have integrated the city’s hospitals, courts and businesses.

But Farah warned that unless the city continues to foster coexistence it risks losing it. One weak spot is education. Today, about 70% of the Arab youth attend private Christian schools instead of Arab public schools, which Farah said are substandard. Though the Jewish public schools are open to Arabs, very few attend them. The effect, said Farah, is that the younger generation is more divided than ever. While Farah has Jewish friends, his children don’t. 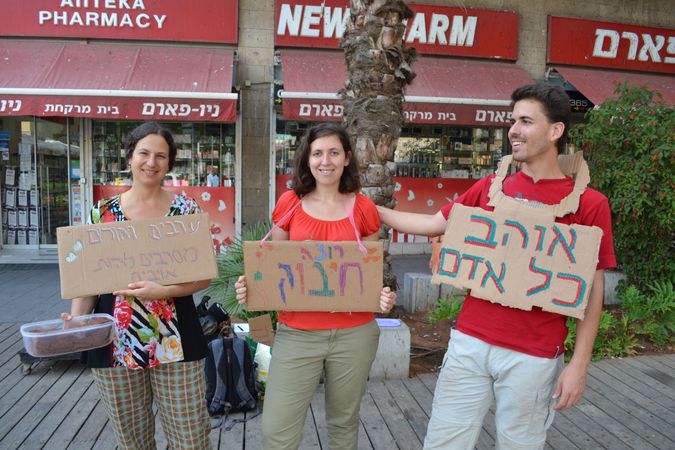 Yahav, the mayor, is against establishing mixed schools. He said that he doesn’t see the point since the two populations are already living together. He feared that such a school would become a “selective,” drawing the best students out of environments where they are needed.

In recent months, Yahav has battled with Arab cultural programs in the city. In April, Al Midan Theater staged a Hebrew version of a play based on the story of Walid Daka, a Palestinian convicted of involvement in the kidnapping and murder of an Israeli soldier. After protests from the soldier’s family, the city froze Al Midan’s funding. Yahav reinstated the funding and then froze it again amid pressure from far-right groups in his administration. He said he is waiting on the final recommendation of the Ministry of Culture to decide whether the theater should continue to receive public money.

This, claims Farah, is an example of how city leadership promotes coexistence while undermining it at the same time. “I call it normality but not coexistence,” he said. “For coexistence you need both sides to exist. If the Jewish majority can decide where is my freedom of speech and to shut down my theater, that is not coexistence.”

Yet when tensions do arise between Jews and Arabs in the city, like they did last year when Arabs protested the Gaza war, they seem to subside quickly. Jewish calls to boycott Arab businesses in the wake of those protests petered out, Farah said, as daily life in the city continued.

“The normality of the city is stronger than the leadership,” he said. 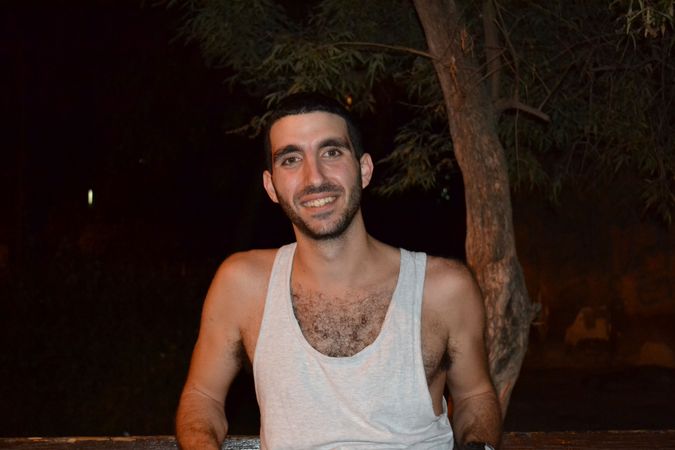 Back at the bar in Bat Galim, an argument had broken out. A Haifa University student who gave her name as Aviva had joined Nwessir and his Jewish friend. She suggested that Haifa’s relative quiet amid the current tensions was a result of last summer, when Jews briefly stopped shopping at Arab stores after the Arab protests. Why couldn’t Arab citizens be patriotic toward Israel? she asked. Nwessir weakly defended the protest: “It’s normal to disagree with politics.”

Just then, Aviva received a call from her husband. He was on his way home from Beersheva, when he learned about the latest terror attack. A Bedouin man had shot a soldier at the Beersheva bus station, and, grabbing the soldier’s rifle, opened fire. Amid the chaos, a police officer shot an innocent Eritrean man, believing he was the terrorist. A Jewish mob set upon him, beating him to death. Several others were wounded.

Beersheva was 119 miles away, but the attack hit close to home. After a few more frenzied phone calls, Aviva rejoined the table. Her argument with Nwessir resumed. She demanded patriotism from Israel’s Arabs; Nwessir said he didn’t believe in nationalism. They sparred for another few minutes, but in the end came to a common point: they both want to live.

Welcome to Haifa, the Israeli City That Refuses to Hate