Richard Lakin’s Dream of Coexistence Through Education Dies With Him 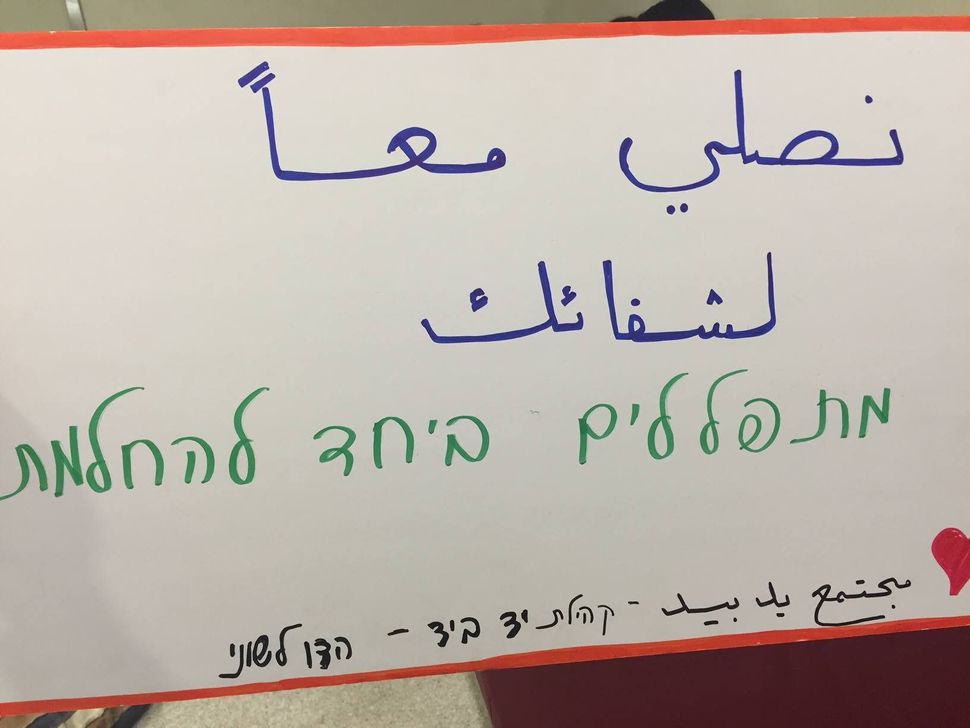 Students and teachers created this poster with well wishes in Hebrew and Arabic for Richard Lakin. Image by Facebook

Richard Lakin lived with a dream to use education to improve lives of both Jews and Palestinians in the Holy Land.

The former Connecticut school principal’s dream died with him on Wednesday, October 27 when he succumbed to wounds suffered in a terror stabbing on a Jerusalem bus two weeks earlier.

“Dad was a kind, gentle loving person whose legacy is ‘acts of kindness,’” Lakin’s children wrote in a Facebook post.

Lakin, 76, who moved to Israel from Glastonbury, Connecticut in the 1980s, was a lifelong educator. He served as the principal of Glastonbury’s Hopewell School from 1969 to 1984.

After arriving in Israel, he started a business teaching English with his wife and was an active member of several groups aiming to create more understanding between Palestinians and Israelis. 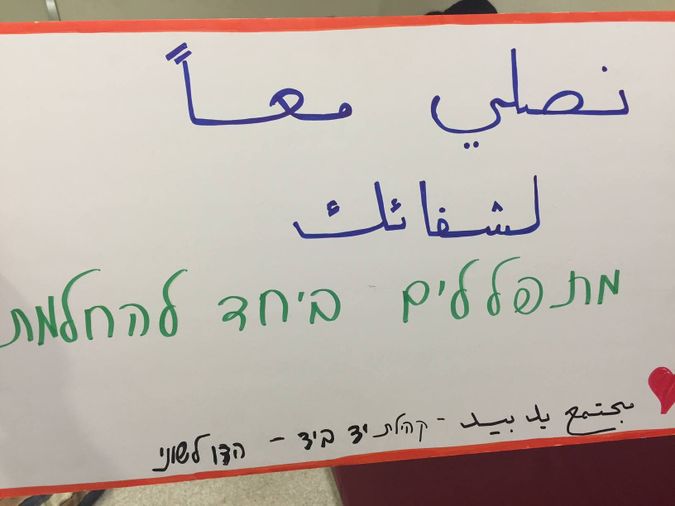 Students and teachers created this poster with well wishes in Hebrew and Arabic for Richard Lakin. Image by Facebook

According to a Facebook page set up by Lakin’s family, students and teachers from the Hand in Hand Center for Jewish-Arab Education in Israel, visited him during his hospital stay. Lakin taught several students who attended the Jerusalem school that has been a target for Jewish extremists because it promotes coexistence between the two people.

Despite Lakin’s dovish politics, his relatives left no doubt where they placed the blame for his death. Two other Israelis also were killed in the October 13 attack.

“He died as a result of the same incitement and hatred he fought against his entire life,” Micha Lakin told the Times of Israel.

Micha Lakin is a plaintiff in a class action suit demanding that Facebook block posts that glorify Palestinian violence.

Richard Lakin, a grandfather of eight whose book “Teaching as an Act of Love” was published in 2007, wrote frequently on his website about the joy he took in working with children. Listing some of the highlights of his time in Connecticut, he wrote of “joyfully witnessing so many tiny and giant steps forward by our children,” “relishing the vibrancy of music and art within our school,” and “daily celebrating with teachers and parents ‘the magic years’ of 5-11 year-olds.”

“He was a very peaceful man in the way he worked with his teachers and students,” Alvord told the Hartford Courant. “That was his magic, really.”

Lakin’s children passed on a message asking the world body’s leader to do more to curb hate speech, saying that is what their father would have wanted.

“Dad would no doubt (have talked) about the importance of coexistence and mutual respect, and call upon the Secretary General to do everything in his power to protest and speak about against extremist rhetoric and incitement.”

Still, Lakin’s family said he would have been less impressed by the world leader’s visit than that of his fellow teachers, who brought a handwritten poster in Hebrw and Arabic praying for his speedy recovery.

“It occurred to me that Dad would have been more excited by the visit from the teachers,” Micah Lakin said.

Richard Lakin’s Dream of Coexistence Through Education Dies With Him