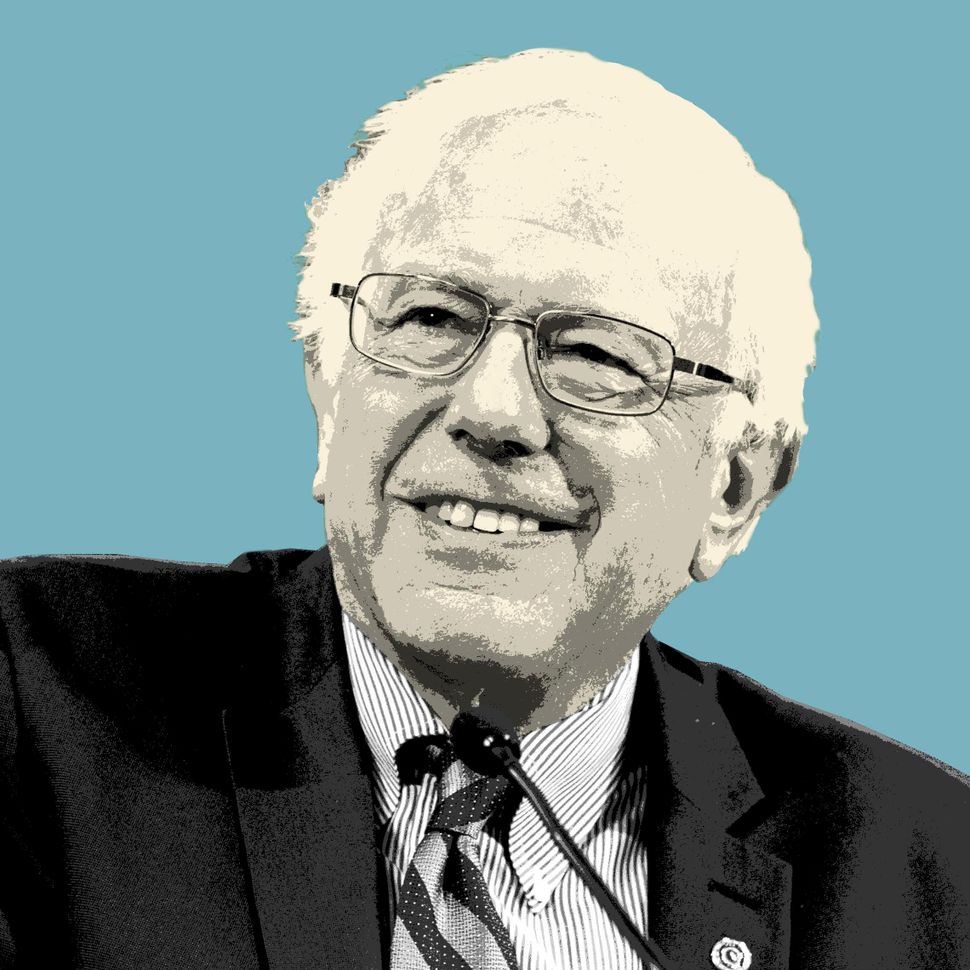 The only serious challenger to Hillary Clinton for the Democratic presidential nomination has a Brooklyn Jewish accent that makes even the most comfortably assimilated Jews ask: “Hold on, that guy is running for president? Of the United States?”

Bernie Sanders, who pronounces fewer r’s than Uncle Leo on “Seinfeld,” is polling surprisingly well after nearly six months of campaigning. Much has been made of how surprising pundits have found this support for Sanders, who is 74 and a self-proclaimed democratic socialist senator from Vermont.

Less has been made of just how jarring it is to see someone who is so clearly Jewish making a serious presidential run. Sure, Joe Lieberman shared the 2000 Gore ticket, and briefly polled ahead of John Kerry in the 2004 cycle. But Lieberman talks like he’s from Connecticut. Bernie Sanders talks like Abbie Hoffman.

“Ninety percent of the children on the street were Jewish,” Sanders’s brother Larry, who now lives in England, told the Forward of the brothers’ childhood in Brooklyn. “It was an uncontested Jewishness. It was just part of the air; it was what we were.”

That experience informed Sanders’s politics, which focus on class-based critiques of the widening economic gap between rich and poor. Jews factor much more heavily on the “rich” side of that equation than they did when Bernie was a Brooklyn boy, and it’s unclear how attractive his message will be to the Jewish mainstream, especially given their decades-long history of backing the Clintons.

On the other hand: How cool would it be if a guy who sounded like that were president? Of the United States?