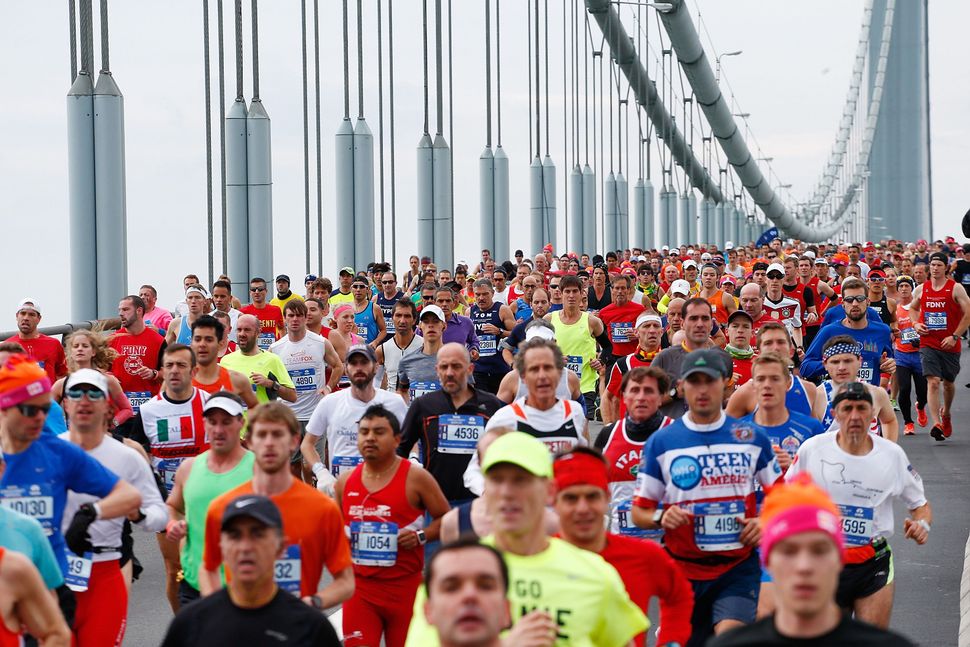 The 2015 New York City Marathon was be the 19th that Michigan Supreme Court Justice Richard Bernstein runs in his lifetime. Bernstein loves running, but while for most people it is a way to free the mind, for him, it demands very intense and constant concentration. He was born blind.

“The way that it works is you traditionally will run with four guys,” he explained. “You have a guy that you will hold either by the arm or with a tether and that guy will give you directional cues: soft right, hard right, soft left, hard left.”

“You are putting your physical well-being in their hands, so you need to follow those instructions very very closely,” he added.

This is how Justice Bernstein has run all of his 18 marathons so far, as well as the very strenuous Ironman triathlon, which he completed in Coeur d’Alene, Idaho, a couple of years ago.

But for him, this marathon in New York City is different. Two years ago, Justice Bernstein was taking a walk in Central Park when a bicyclist going some 35 miles an hour crashed into his back, shattering his hip and pelvis and sending him to Mount Sinai Hospital for 10 weeks.

On Sunday, during the second half of the course, Bernstein will not only cross the finish line in Central Park, very close to where the accident occurred, but he will also run past the hospital on Fifth Avenue.

“To me that is the greater symbol,” he said. “You realize that you just have to accept that life is different and you are going directions, you are taking a new path, and I think that’s a powerful way to live.” 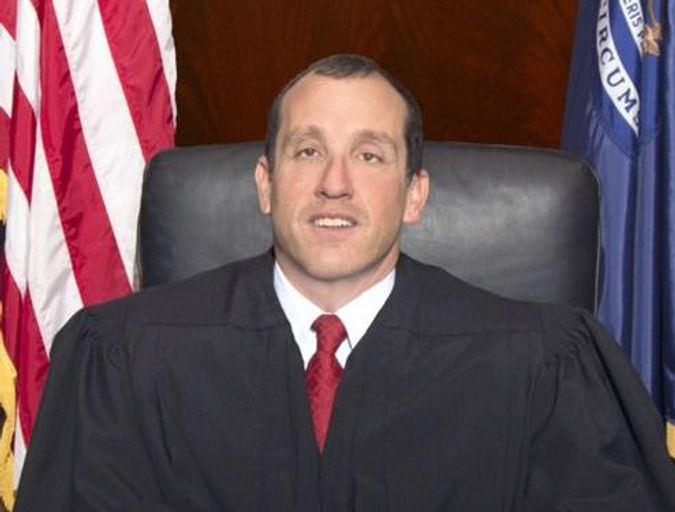 Even though he knows running 26 miles after such an injury is going to be very painful, Bernstein has decided not to back down.

“Doing a marathon after a catastrophic accident, with the pain that comes with these experiences, it’s a very spiritual thing,” he told the Forward. “Even though the body is weak, the spirit is all powerful.”

The spirit, according to Justice Bernstein, is the key to inclusion for people with disabilities.

Last year, as he campaigned for the Supreme Court seat in Michigan, Bernstein’s slogan caught the eye of many: “Blind Justice.”

“So often people look at us and see infirmities, physical infirmities,” he explained. “But we tend to have a strength that comes with the spirit that is incredibly resilient and powerful and that is ultimately the force that guides us.”

Inclusion is very important to Justice Bernstein. He has been vocally advocating for it throughout his career.

On Monday, the morning after the marathon, Bernstein will be hopping on a train to Boston to take part in the Ruderman Family Foundation’s first ever Inclusion Summit, in which over 500 leaders in the field will participate.

“Justice Bernstein serves as an inspiration to all of us that disability is not a barrier to success,” Jay Ruderman, the president of the Ruderman Family Foundation, told the Forward. “We believe that the full inclusion of people with disabilities in our society will be accomplished by building a large network advocating for the rights of 20% of our population. We believe that the Summit is the beginning of this process.”

Bernstein, who expressed deep appreciation for the work of the foundation in advancing disability issues, also explained that for him inclusion really represents “the idea that nobody should ever have to be alone, you should never have to be excluded.”

“Inclusion is about never taking for granted simple things that mean so much to people with disabilities,” he said. “We fight to do simple things in life that make it so meaningful.”