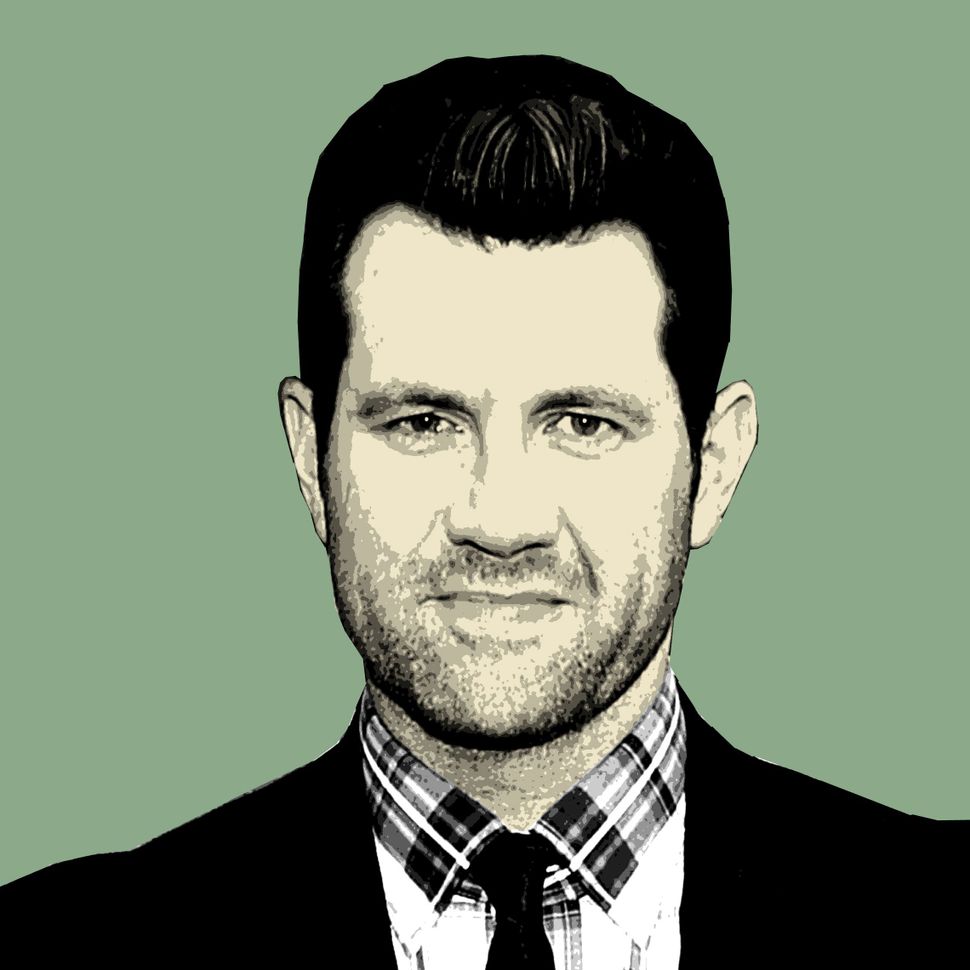 As per “Billy on the Street”: For a dollar, name all of Billy Eichner’s recent achievements in 60 seconds.

You can’t. There are too many.

In two years, Eichner, 37, went from hosting Fuse’s “Billy on the Street” to finding a new home for the show on truTV, receiving a Daytime Emmy nomination for the series, starring in the final season of “Parks and Recreation” (garnering another Emmy nomination), being nominated (again) for an Emmy for “Billy on the Street” and starring with Julie Klausner in the acclaimed Hulu comedy “Difficult People.”

The pair play New York comedians trying to land their own show. Hailed as the most Jewish sitcom since “Seinfeld,” the self-absorbed antiheroes are ridiculous, detestable and hilarious.

It’s been a long journey from Eichner’s first man-on-the-street interviews. His funny retorts are how he gets away with yelling at New York passersby and celebrities alike during quiz games like “Whistle-Blow That Jew,” “Would Drew Barrymore Like That?” and “John Mayer or Pepe Le Pew?”

Despite his louder-than-life characters, he described himself to The Daily Beast as “just a regular gay Jewish person from New York… actually pretty shy offstage.”

When he came out to his parents, Eichner said, he knew they already knew. “My father was like, ‘Are you sure?’ I literally said, ‘You took me to see Barbra Streisand at Madison Square Garden.’”

The celebrity-heavy fourth season of “Billy on the Street” premiered earlier this fall and Hulu picked up “Difficult People” for a second season. Eichner’s future is full of yelling.