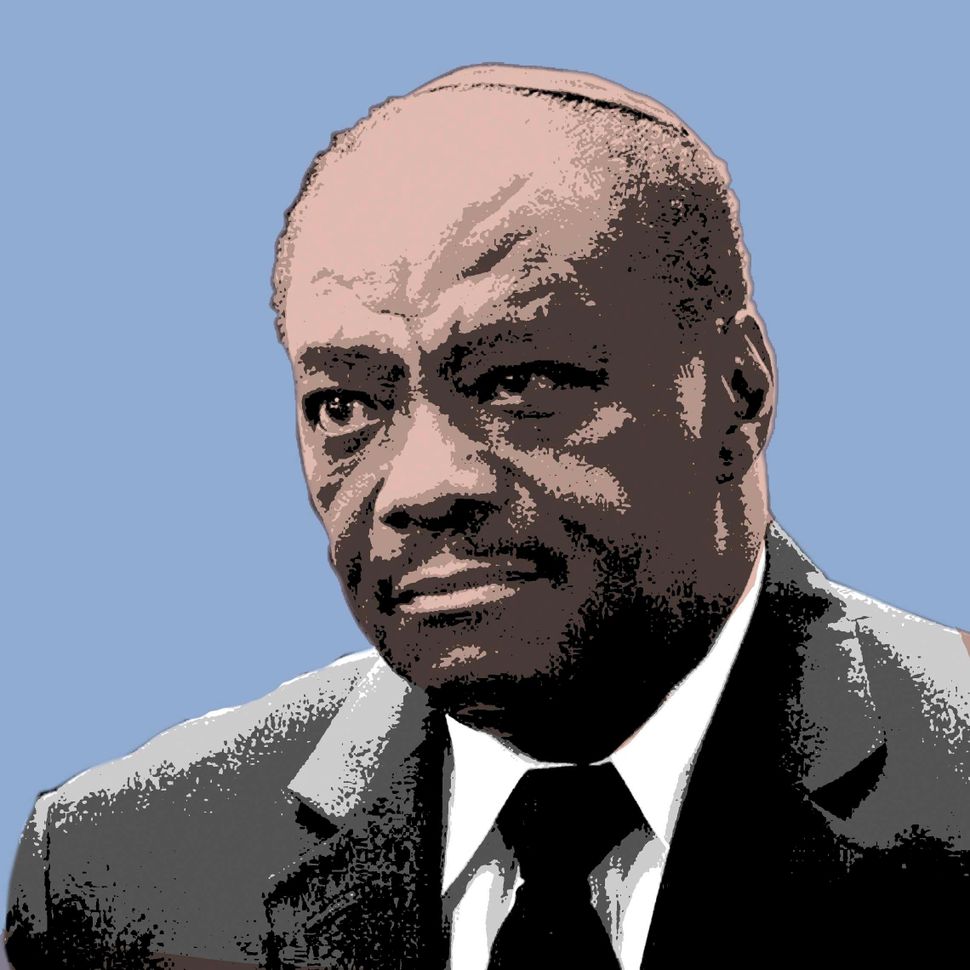 In sermons, Rabbi Capers Funnye quotes from spirituals and the Talmud, from Abraham Joshua Heschel and from black nationalist Marcus Garvey.

It’s a preaching style well suited for Funnye’s role as the newly installed chief rabbi of the International Israelite Board of Rabbis — the main rabbinical body in the Hebrew Israelite community. And it works for him just as well as spiritual leader of Chicago’s Beth Shalom B’nai Zaken Ethiopian Hebrew Congregation.

Eschewed by mainstream Jewry, the Hebrew Israelites emerged in the early 20th century from elements of the American black community who identified with the biblical Israelites and began to observe Torah as they understood it. Funnye, who was installed in October, is uniquely placed to build bridges between the mainstream and his followers.

A cousin of Michelle Obama, Funnye, 63, found his way to the Israelite community while growing up in Chicago. He earned his rabbinic ordination from the movement’s Israelite Academy and then went on to receive his bachelor’s and master’s degrees from Chicago’s Spertus Institute for Jewish Learning and Leadership. Spertus opened mainstream doors for Funnye, who eventually went through an additional conversion in a Conservative beit din, or rabbinical court. He is also the first African American on the Chicago Board of Rabbis.

But for Funnye, it’s never been about fitting in. “These are the types of Jews that we are,” Funnye told the Forward earlier this year. “But we do not seek to separate ourselves from Klal Yisrael [the whole of Israel]. We are a part of Klal Yisrael. Where there is a table we want to be included.”