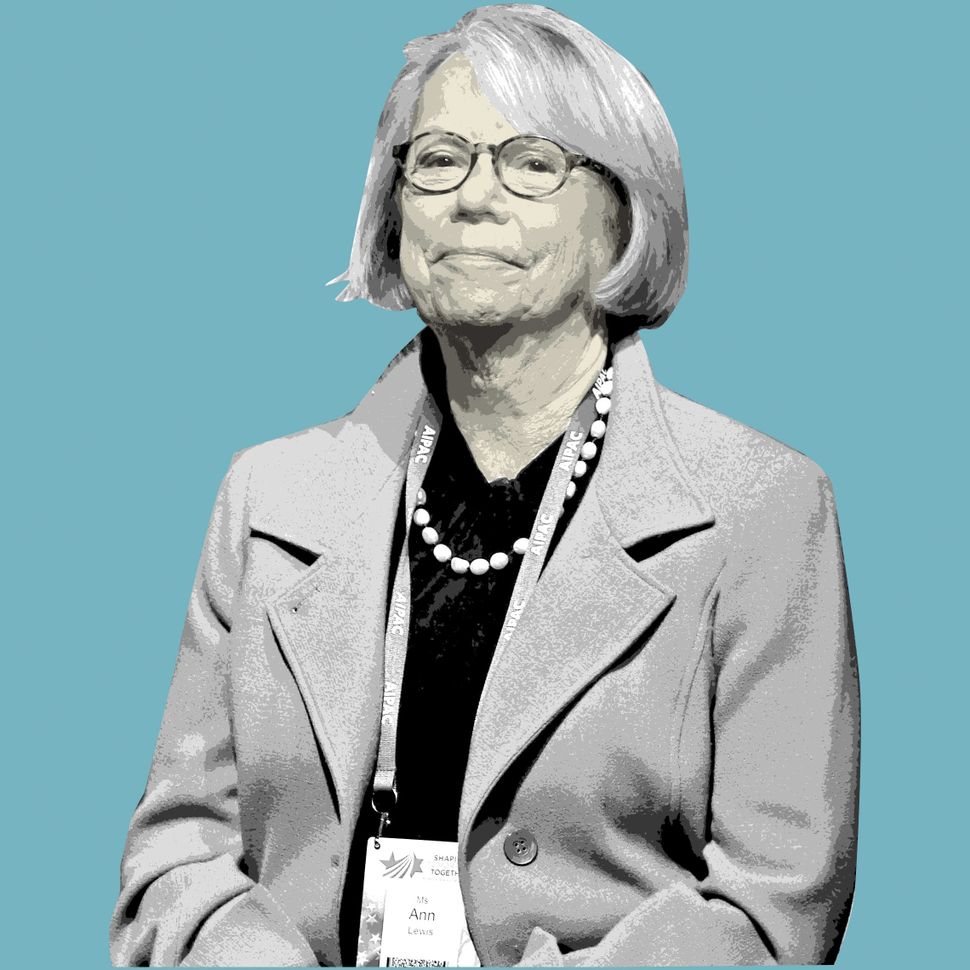 Entering her third Clinton political campaign, Ann Lewis naturally slipped into the position of Hillary Clinton’s point person to the Jewish community, even without an official title.

Lewis, 78, has spent most of her life in Democratic politics, just like her brother, the liberal former Massachusetts Rep. Barney Frank. In recent years Lewis has had to apply herself to keep left-wing Democrats close to Israel, working with AIPAC to make sure liberals don’t lose faith in the Jewish state. In talks, she touts Israel’s record as a haven for progressives — far from the image of it held by many on the left.

Much of Lewis’s career was devoted to promoting the role of women in politics and in the public arena. Now she is poised to play a part in a campaign that could break the last glass ceiling in American politics.

To Jewish leaders and donors, Lewis speaks of her candidate’s strong track record on Israel, carefully distancing Clinton from President Obama. Decades of close contacts between Clinton and the Jewish community make Lewis’s job easier, but she still faces a formidable task in trying to counter the growing involvement of Jewish mega-donors on the Republican side.