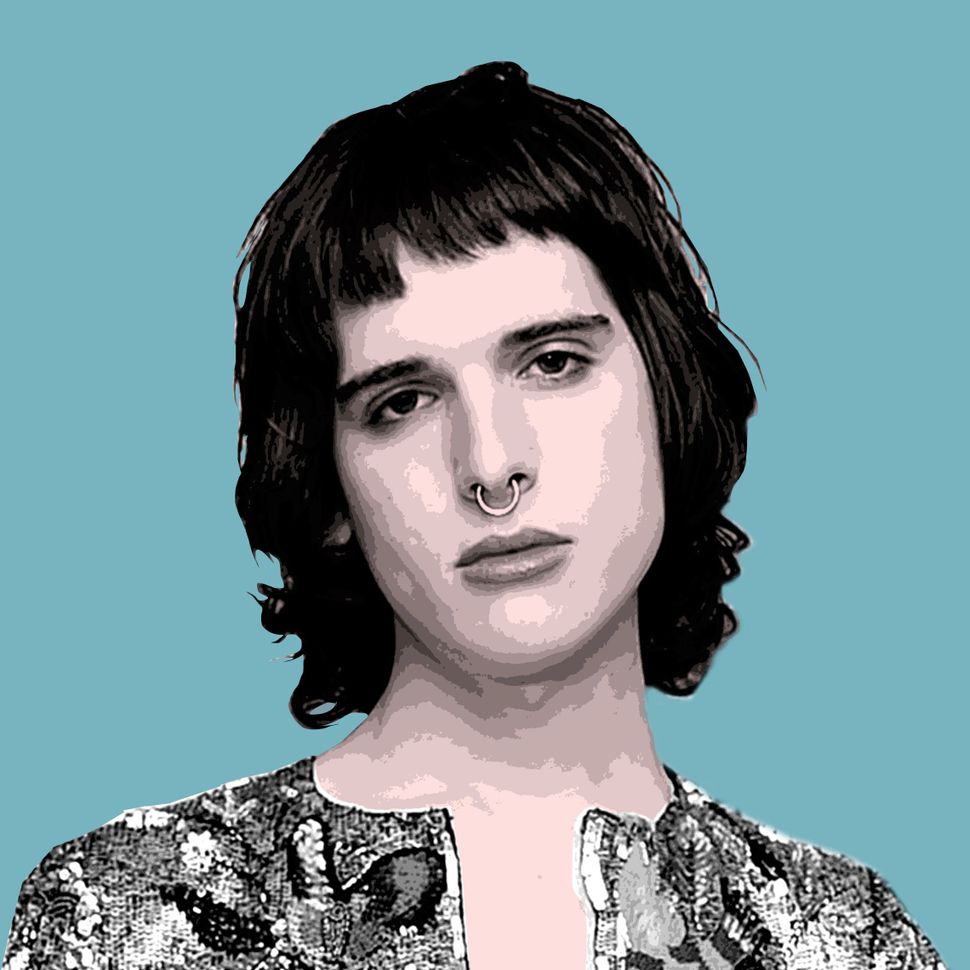 In May, 23-year-old Hari Nef made history when she became one of a handful of transgender women to be signed by a major modeling agency.

But joining IMG Models is just the latest step in Nef’s ascent into the high-fashion big leagues.

Prior to her graduation from Columbia University this year, she had already starred in the “Agender” video campaign for Selfridges department store, walked the runway for Adam Selman, Hood by Air and Eckhaus Latta, and landed a profile in Vogue.

Conscious of her trailblazing status, Nef has opened up her Tumblr to questions about transgender issues, and she offers words of encouragement to people going through similar struggles.

But while Nef has stated that her decision to begin her modeling career while transitioning was a political one, she maintains that being transgender is the least interesting thing about her.

Born in Newton, Massachusetts, Nef attended synagogue and Hebrew school as a child.

“I was a short, overweight 15-year-old Jewish boy in the suburbs of Boston, looking through $20 fashion magazines in Borders and watching films I illegally downloaded and looking at party photos from New York nightlife,” she told Paper magazine, which featured her in its Beautiful People Class of 2015.

“I saw so much that moved me and was beautiful to me and glamorous to me, and alluring and fascinating to me, and there came a point where I realized that the stuff that I liked was literally part of a person that I could become. Regardless of sex assigned at birth, gender assigned at birth, regardless of anything, if you shout something long and loud enough it will eventually become true. And if you work really, really, really tirelessly hard.”