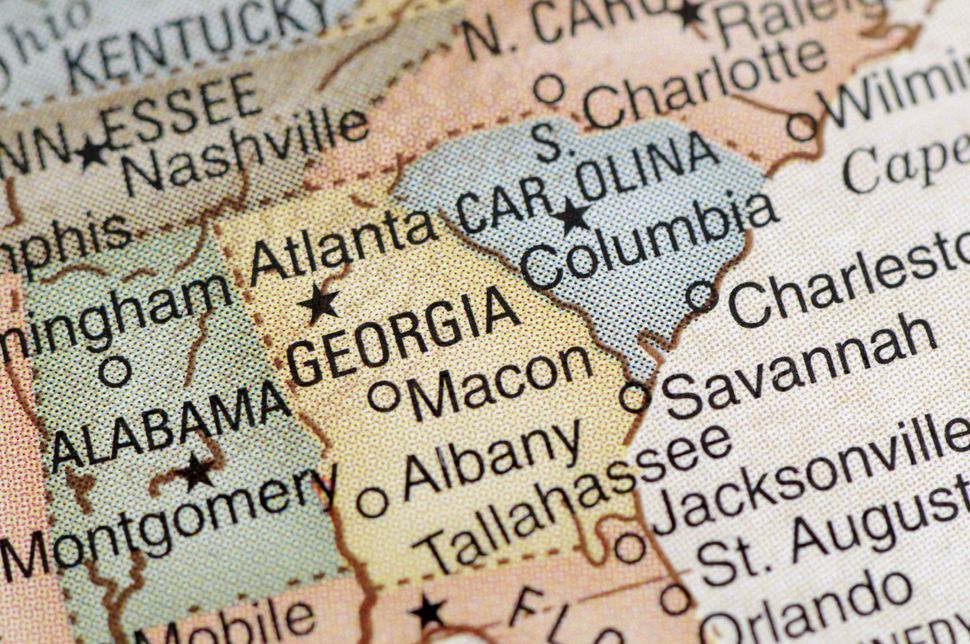 When Courtney Ferriter arrived six years ago in the predominantly Protestant community of Auburn, Alabama, she needed a place where she felt like she belonged.

“You feel like you’re a bit of an outsider, so the natural inclination is, you want to go find your people,” Ferriter said.

Ferriter, a graduate student at Auburn University, found Congregation Beth Shalom, a 25-year-old Reform synagogue that is steadily growing in the heart of the Bible Belt.

Six years on, Ferriter, 29, is a co-president of the congregation and leads services once a month.

According to a new study conducted by Ira Sheskin, one of America’s leading experts on Jewish populations, Congregation Beth Shalom is not unusual.

Sheskin told the Forward that although there is some truth to the cliché of the dying, small Southern Jewish community, there are also plenty of new small communities springing up and flourishing across the South.

Moreover, this flourishing has taken place against the backdrop of a broader growth of Jewish life in major Southern cities.

Sheskin, a demographer from the University of Miami, presented his study October 31 at the Southern Jewish Historical Society’s annual conference in Nashville, Tennessee.

He said that while much of the growth of Jewish life in the South can be attributed to a rise in the Jewish populations of Florida, Maryland and the District of Columbia, that’s not the only factor. 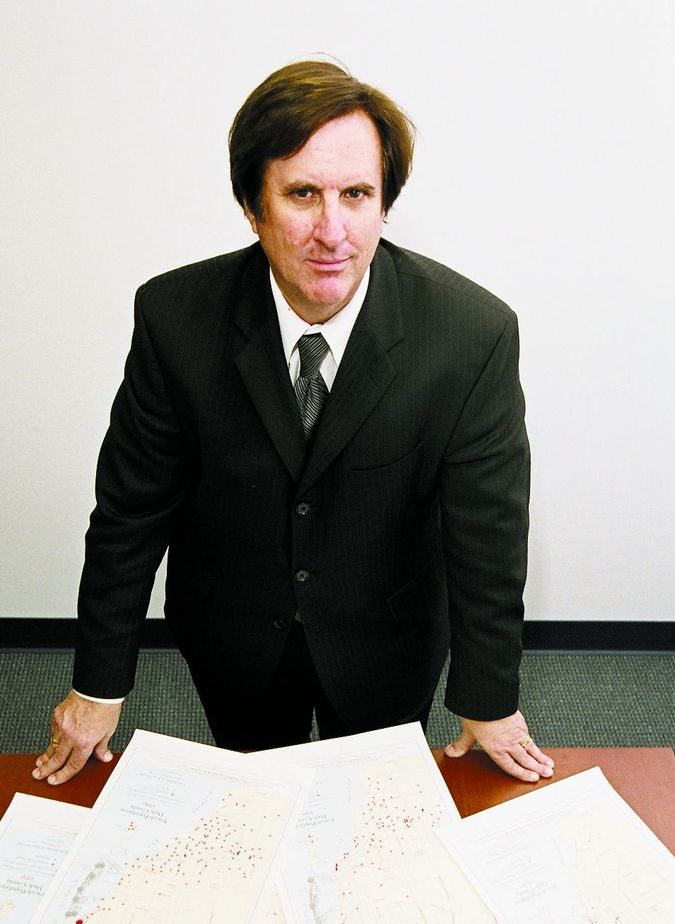 Jews on the Move: Ira Sheskin's study of American Jewish population trends spans from the 1950s up to today. Image by Courtesty of Ira Sheskin

While Atlanta accounts for a large part of that growth — the city’s Jewish population grew to 120,000 people last year, up from 77,000 people in 1997 — the Jewish communities of Houston and Dallas in Texas, Charlotte in North Carolina, and Richmond and Tidewater in Virginia have experienced considerable growth, too.

Sheskin’s study also challenges the notion that small Jewish communities are dying out.

It is true that the South has seen a significant migration to large cities: This year, 81% of Southern Jews live in communities of 25,000 Jews or more, compared with 50% in 1960. But the region has also seen the birth of many small Jewish communities.

Sheskin, who based his study mostly on data he collected as co-editor of the 2015 American Jewish Yearbook, cautioned that the increase could be partly due to his surveying methods. He said that he discovered many new communities by searching the Internet or by using increasingly detailed studies conducted by the Goldring/Woldenberg Institute of Southern Jewish Life, two resources that were not available to researchers until more recent years.

However, Sheskin added that the proliferation of small Jewish communities is also real.

While many small Jewish communities are dying out as the economies of these Southern towns contract, professional Jews are being lured to other communities where jobs in academia, medicine and business are plentiful.

Ferriter’s Congregation Beth Shalom, in Auburn, is one such thriving new community. The congregation, which celebrated its 25th anniversary this past April, runs a small building with a sanctuary, a kitchen and two classrooms. This year, the religious school had about a dozen students.

Southern Comfort: embers of Congregation Beth Shalom, in Auburn, Alabama, gather earlier this year for a memorial service for one of its founders. Image by Courtney Ferriter

Paula Hunker, a co-president of Congregation Beth Shalom who is originally from New York City, said that because congregants have to work to maintain a Jewish life, members are very committed and engaged. Almost all the community turns out for major events, such as bnei mitzvot.

Congregation Etz Chaim, in Bentonville, Arkansas, home of the retailer Walmart, is also thriving. The unaffiliated congregation, which was founded 11 years ago, recently hired its first full-time rabbi and switched to weekly services from monthly.

Bachman said that the hiring of Rabbi Rob Lennick is “a key turning point” in the synagogue’s growth. It has elevated the congregation’s visibility in the non-Jewish community and it has attracted a dozen new member families in the past six months, half of whom have lived in Arkansas for decades but were unaware there was a Jewish community in the area.

Rabbi Jeremy Simons, staff rabbi of the ISJL, said that one of the main problems that Southern Jewry faces is the perception among the broader American Jewish community that size matters — that being a small congregation is somehow bad.

Simons serves as a traveling rabbi for 110 Southern congregations that are too small to employ a full-time rabbi. His congregations run the gamut from older, dying communities, to young, vibrant ones.

“For people that aren’t familiar with Jewish life in the South, I think the temptation is to think in clichés or tokenization, like: ‘Oh what a quirky thing, there are communities in Alabama. Who’d have thunk?’” Simons said. “But for the Jews down here, this is their life. They don’t see themselves as a novelty. This is part of the American Jewish experience, and it’s a part, unfortunately, that’s not told accurately or often enough.”