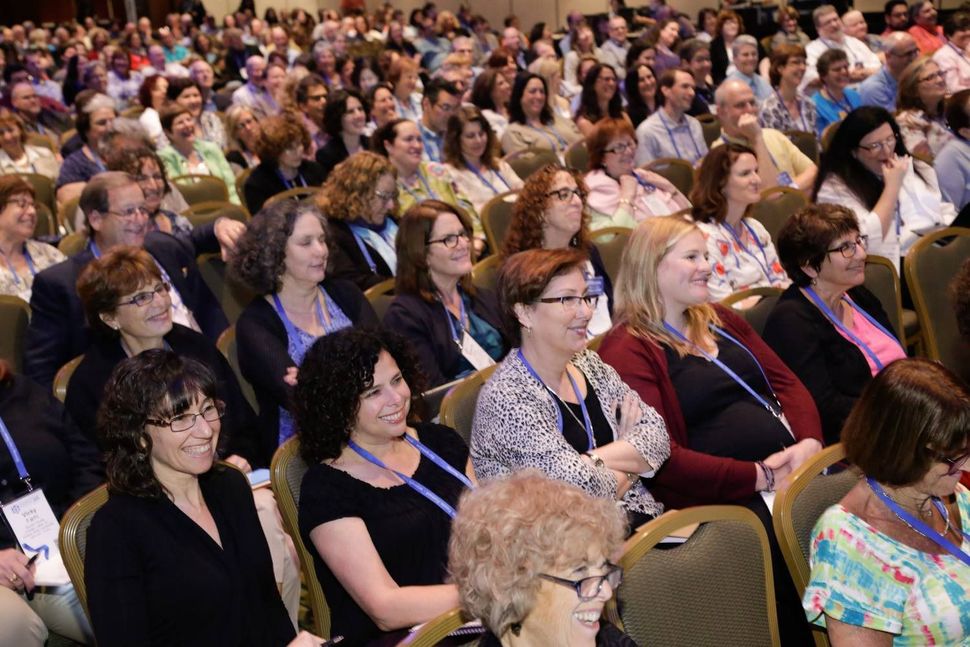 The “Resolution on the rights of Transgender and Gender Non-Conforming People,” attracted three pro and no con speakers at the microphone at the gathering of thousands of Reform leaders.

The groundbreaking measure covers congregations, congregants, youth groups, clergy and camps, who are directed to implement “full equality, inclusion and acceptance of people of all gender identities and expressions.”

“I’m speechless,” said Allyson Perling, of Mt. Zion Temple in St. Paul, Minnesota, whose college freshman son identifies as transgender. “I’m beyond words that the URJ would set the stage for Jewish organizations on transgender inclusion. I was very proud to be a part of the Reform movement. We’re not just speaking the words ‘audacious hospitality.’ We’re setting the bar for others.”

“I was elated with the vote,” she said. “To be there and experience an historic moment and to feel the support and the unity in the room when hearing a resounding ‘aye,’ and then complete silence when they asked for ‘nays’ and abstentions. It was truly awesome. I was proud to me part of such a forward-thinking movement.”

Kim vonWeltin, another member of the Wilmington congregation, said she felt “overwhelming pride” because of the vote. “I’m so happy for the opportunity to share my voice with the other ‘ayes.’”

The three women were waiting for an afternoon session to begin, entitled “Beyond Bathroom Signs: Creating a Culture of Inclusion.”

Thursday’s voted was not unprecedented for the denomination. In the summer of 2014, a transgender camper was welcomed to the URJ’s Camp Eisner in Massachusetts, according to a story in Religion News Service.