As Releaase Nears, Jonathan Pollard Shielded From Public Embrace He Once Sought 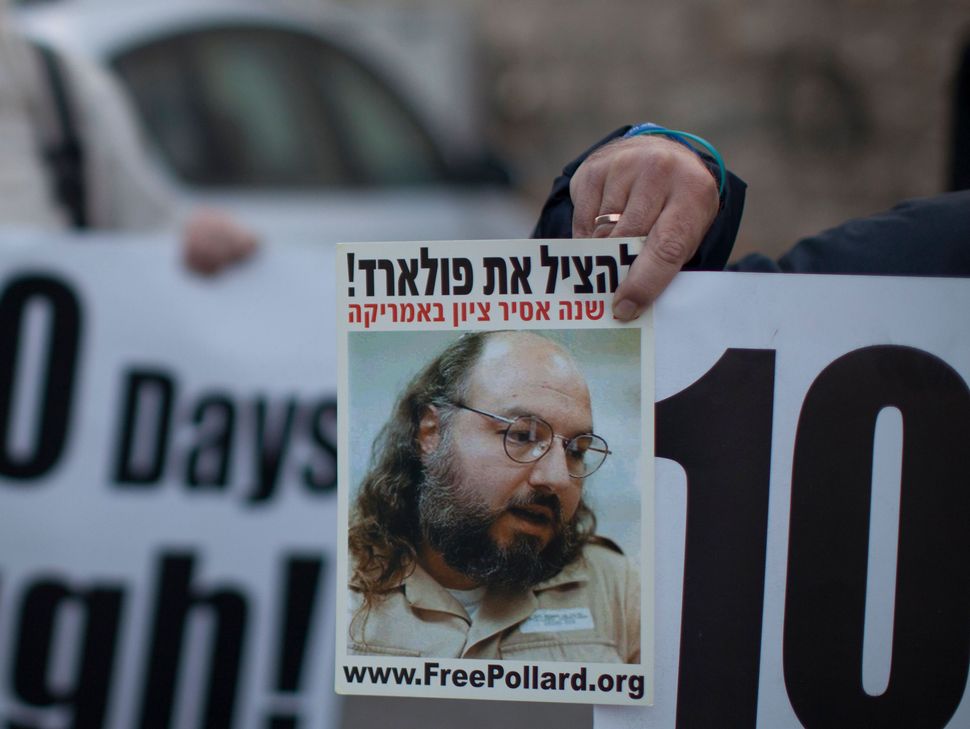 After spending 30 years in the jailhouse spotlight, Jonathan Pollard’s lawyers, family members and friends are now trying to shield the Israeli spy from public attention.

According to a parole decision handed down in July, Pollard is scheduled to be released no later than November 21, and since his release day falls on a Saturday, he is expected to exit the gates of Butner medium security federal correctional institution in North Carolina a day earlier, on Friday.

But concerns over Pollard’s safety have led his supporters to put on hold, at least temporarily, any public celebration, and to keep his future plans under wraps.

For the Jewish community, which has struggled to define its attitude toward Pollard, a traitor to most Americans and a hero to many in Israel, the upcoming release poses one final dilemma: How to welcome a convicted spy back into the community?

“It’s less of a celebration and more a sense of relief that he’s out,” said Rabbi Stuart Weinblatt of Congregation B’nai Tzedek in Potomac, Maryland, who is president of the Jewish Federations of North America Rabbinical Cabinet. “We recognize that he had broken the law and that his case raised the dual loyalty issue, but there is a consensus that enough is enough. So, it’s a mixed celebration.”

Seymour Reich, a former head of the Conference of Presidents of Major American Jewish Organizations and one of the first Jewish leaders to reach out to Pollard after his sentencing, warned against throwing Pollard a hero’s welcome. “I presume the Orthodox community will take him in, but it is important to keep in mind that this should be a hug, not an excessive embrace,” Reich said. Besides, Reich added, Pollard should be given time to get used to life outside prison before taking on any public role.

Pollard was charged with espionage violations after being caught providing classified military documents to Israel. He pleaded guilty in 1987 and was sentenced to life in prison, the harshest punishment ever given to an American spying for an ally.

Close friends and activists who were involved in advancing Pollard’s case for early release from prison told the Forward they were asked not to discuss his future plans or the terms of his release, citing a “very delicate situation” and “certain security considerations.” None was willing to specify the nature of these security concerns.

For most American Jews following the case, the decades-long struggle for the release of the Navy intelligence analyst who provided top-secret U.S. information to his Israeli handlers has reached its happy end. But members of Pollard’s close circle, made up of his wife, Esther Pollard, his lawyers, and a handful of mainly Orthodox activists in America and in Israel, feel it is only the beginning of the second round. Once Pollard is out of prison, they intend to launch a new campaign, this one aimed at removing Pollard’s parole restrictions and allowing him to make aliyah, to immigrate to Israel.

President Obama has the authority to allow Pollard to leave the United States, his lawyers, Eliot Lauer and Jacques Semmelman, said in a July 28 statement. “We respectfully urge the President to exercise his clemency power in this manner.” 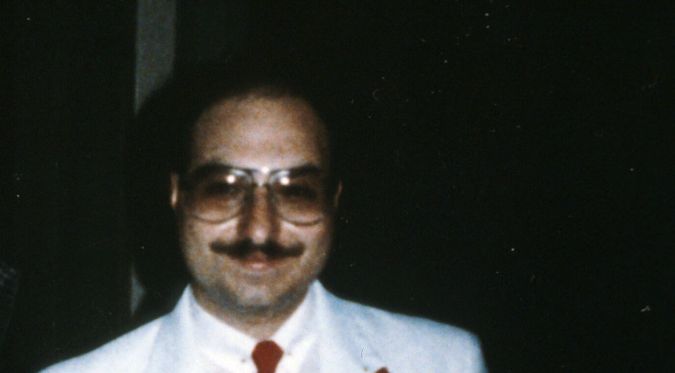 But the White House has made it clear that Obama has no intention of intervening in this case. An Obama administration official argued that requests for changes in the terms of Pollard’s release should be addressed to the parole board.

Two Jewish Democratic lawmakers, Jerrold Nadler and Eliot Engel, joined the call for allowing Pollard to leave the country. In a November 13 letter to Attorney General Loretta Lynch, Nadler and Engel asked for the Department of Justice to revise the parole terms, stating that Pollard had expressed his willingness to renounce his American citizenship and to never visit the United States again, if allowed to move to Israel.

Reich suggested that it would be a mistake to launch a new campaign focused on Pollard’s parole conditions. “Let’s wait for a new administration and see what changes,” he said. “It’s not going to happen when this president is in office.”

Pollard will be 61 when he steps out of Butner. He grew up in a Jewish family in Texas and Indiana and moved to Washington after graduate school when he took a job as a civilian analyst at the Navy’s intelligence unit. In 1982 he contacted an Israeli Air Force officer and offered to provide Israel with classified documents he could access thanks to his high-level security clearance. The full extent of the information he passed on to Israel was never publicly disclosed. Pollard is believed to have received generous compensation from the Israelis for his spying.

After a failed attempt to seek shelter in the Israeli Embassy, Pollard was caught November 21, 1985, exactly 30 years before his scheduled release date. He was charged with espionage and sentenced to life in prison. His current lawyers have argued that the attorney initially representing Pollard failed to provide adequate defense and eventually doomed the Israeli spy to a harsher sentence than he did deserved.

Initially, Israel and the American Jewish community sought to distance themselves from Pollard and issued statements deploring his actions. But by 1995 Israel shifted its attitude and granted him citizenship, while American Jews began to point to the humanitarian aspect of his lengthy prison term, in comparison with other convicted spies who had served shorter terms. By now, all Jewish denominations and most of the communal organizations have called for ending his prison term.

Based on the few known details of Pollard’s parole terms, he will go directly to New York City to a residence secured in advance. He also has lined up a job. No details were provided regarding Pollard’s new residency and occupation. A representative for the federal parole board did not respond to requests for further information regarding Pollard’s terms of release.

Residence and employment are key requirements for parolees, and Pollard will have to report regularly to his parole officer. He is required to seek prior approval for any long-distance travel within the United States and will not be allowed to travel abroad. Esther Pollard, his second wife, whom Pollard married while in prison, lives in Israel and has expressed her wish to reunite with her husband.

Pollard’s release was granted through a parole process that includes close supervision for a set period of time following the prisoner’s return to society. The parole board or the Department of Justice can revise these conditions, but the only path for release without limitations would be through a presidential pardon.

This option had been raised several times throughout the years and almost came about as part of the 1998 Wye River accord between Israel and the Palestinians when President Clinton offered to pardon Pollard as compensation to the Israelis. Forceful pushback from the CIA and other intelligence branches forced Clinton to withdraw his offer. Last year, the United States once again raised the idea of pardoning Pollard as part of a deal in which Israel would release Palestinian prisoners, but the peace talks collapsed and the offer was once again removed from the table.

Starting anew, after spending half his life behind bars, will require a process of adjustment. Making this process more difficult will be the need to navigate between acclimating to his newly regained freedom and an expectation some of his supporters may have for him to take on a public role. “He’s not [former Soviet prisoner] Natan Sharansky and he’s not even [former Cuban prisoner] Alan Gross,” said a communal official who had been involved in efforts to bring about Pollard’s release. “The best thing we can do is let him be.”

As Releaase Nears, Jonathan Pollard Shielded From Public Embrace He Once Sought