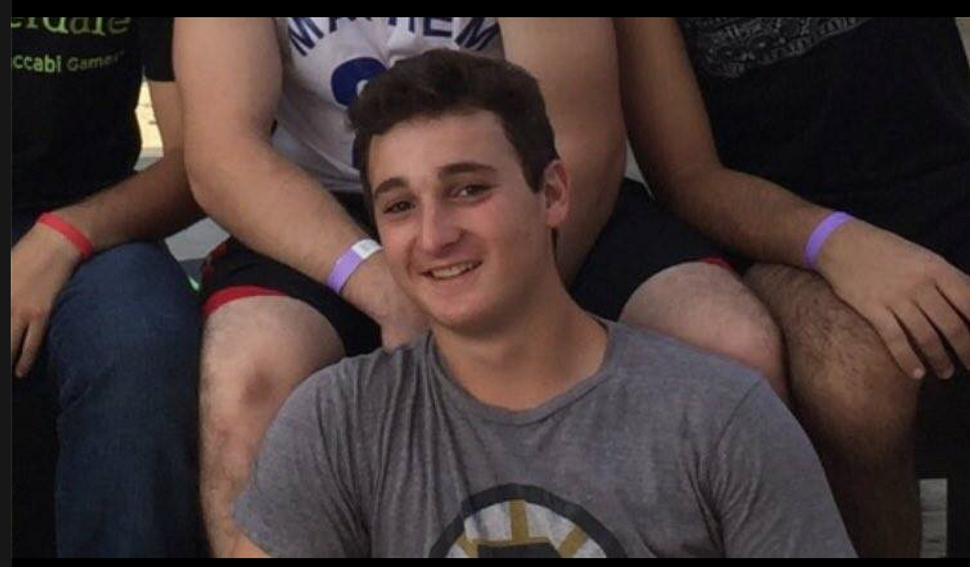 The American killed in a West Bank shooting was a Massachusetts teenager who was studying for a year at an Israeli yeshiva.

Ezra Schwartz, 18, of the Boston suburb of Sharon, was reportedly returning from visiting a memorial to the three young people kidnapped and killed in 2014 when he was ambushed near the settlement of Alon Shvut. Two others were killed in that attack, while two more Israelis were killed in a separate stabbing in Tel Aviv.

Schwartz was a recent graduate of the Maimonides School in Brookline, Massachusetts, and had been a counselor at Camp Yavneh, a Jewish summer camp in Northwood, New Hampshire. He reportedly was studying at Yeshivat Ashreinu in Beit Shemesh.

Schwartz and a group of tourists had just returned from volunteering with IDF soldiers in Gush Etzion, according to Walla News. The group also visited a nature reserve dedicated to the memory of the three boys who were killed in the West Bank a year and a half ago, Eyal Yifrach, Gilad Shaar and Naftali Fraenkel. The aftermath of their murder and kidnapping led to Operation Protective Edge.

At least one attacker, reported to be a Palestinian, shot into a minivan full of people as well as another car near a traffic junction, then rammed his car into several other cars and bystanders, according to reports. One shooter reportedly exited his car and was shot and injured by security forces.

Friends, family and acquaintances on Facebook posted tributes, including a video showing Schwartz reciting a passage from “Harry Potter”:

Today I lost my cousin Ezra Schwartz, he was killed by a terrorist near Gush Etzion. He was on his way donating food to the soldiers when he was killed. I am devastated.

Schwartz was in a van with other youth from his Beith Shemesh yeshiva, “Ashreinu”. He was in Israel for a 9 1/2 month exchange program . He spent his mornings at Yeshiva and his evenings volunteering. Five other yeshiva students were injured in the incident and admitted to “Sha’arei Tzedeq” hospital in Jerusalem. Their injuries are not life threatening.

The Maimonides School, from which Schwartz graduated in June, gave the following statement to Boston.com:

“The entire Maimonides School community is profoundly saddened as we mourn the tragic loss of our recent graduate Ezra Schwartz, Class of 2015, who was murdered in a terrorist attack today in Israel. Ezra was spending his gap year studying in Israel. Our thoughts and prayers are with Ezra’s family, classmates and friends.”

Haaretz reported that a gathering in Schwartz’s honor was held in his hometown of Sharon, Massachusetts.

A childhood friend, Tovya Goodwin, 17, who went to Camp Yavneh with Schwartz told Haaretz: “He was the kind of guy who always made you laugh and didn’t take to things too seriously, but knew how to be responsible when he needed to be.”

Before Schwartz left for Israel, he moved from being a camper to working as a counselor, and won an award for being one of the most “most spirited and inspiring” staff members, according to Haaretz.

Goodwin told Haaretz that gap year studies in Israel were so common among their peers that they were “not especially worried” about the security situation. “He was there with a group of his friends and I guess it was just somehow assumed the attacks would never hit this close to home.”

To Ezra Schwartz,You are an amazing person. I spent a great summer with you on USY Wheels (Bus A 2013), and you always…

Goodwin also said that both at the Maimonides School, from which Schwartz graduated, midday assemblies were held to break the news to students, after which classes were cancelled and they were permitted to leave school and go home to grieve. At Gann Academy, a large pluralistic Jewish day school that many of his friends attended, grief counsellors spoke to students but classes were not cancelled, school officials said.

A vigil in Schwartz’s honor was also held at the “Ashreinu” yeshiva:

Beautiful moment in the Ashreinu Family in honor of one of the special ones, Ezra Schwartz. He was a tremendous guy with a tremendous heart. Fitting for the kind of guy he was, he spent his last moments helping others. You will be thought of and missed immensely every day in the hearts of your Ashreinu family and in the hearts of Israel. These guys will get what they deserve.

With JTA, Reuters and Haaretz