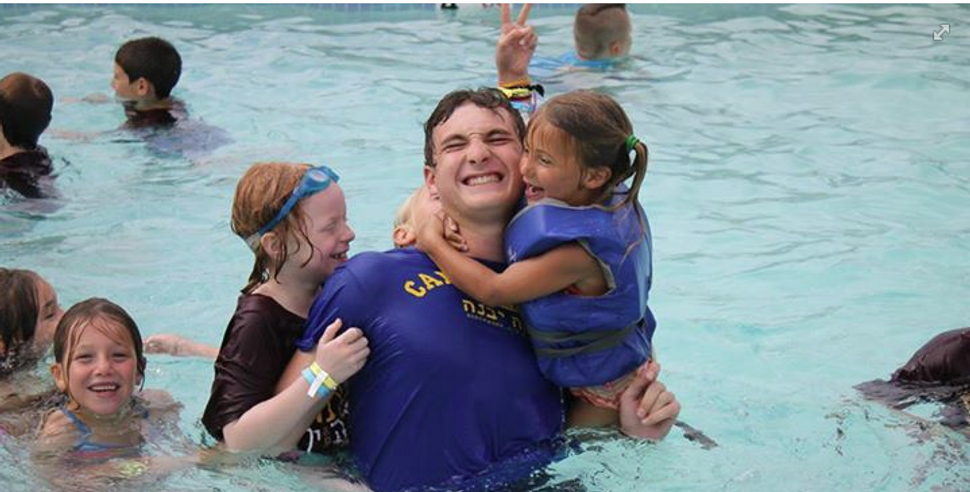 Ezra Schwartz was just 18 years old when he was killed this Thursday in a shooting attack in the West Bank. Originally from Sharon, Massachusetts, the teen was in Israel for a gap year. He was spending his time studying at at the “Ashreinu” Yeshiva in Beit Shemesh and volunteering. When the terror attack happened, he was on his way back from feeding lone soldiers and visiting the memorial of teens slain a year and a half ago in the West Bank. He was set to attend Rutgers University in 2015.

In his 18 years, Schwartz managed to impact and inspire many of those around him. 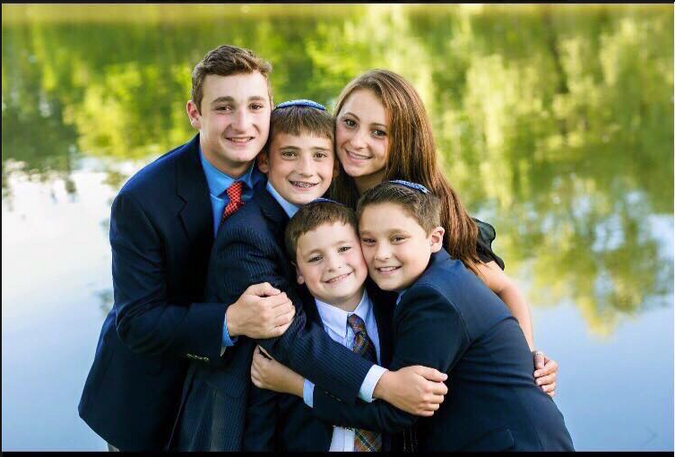 Ezra was the second of five children. His family lived in Sharon, Massachusetts. His parents, Ari and Ruth Schwartz. He had a sister, Mollie, and three brothers, Avi, Elon and Hillel. 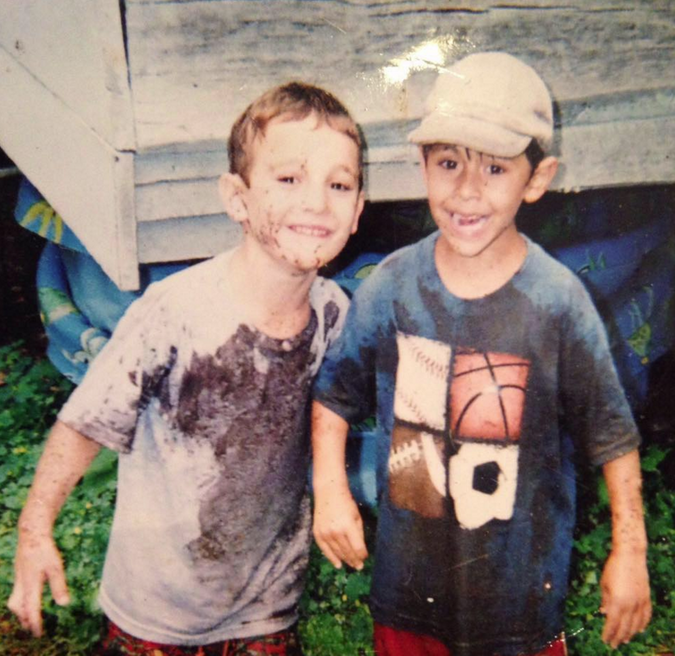 A childhood friend, Ariel Goldman, posted the above picture on his Facebook. Young Ezra can be seen to the left. Goldman wrote:

There are no words to describe how painful this is. Today we lost Ezra Schwartz, one of my best friends. I’ve known him since we were four years old, and he’s been one of my closest friends ever since. Ezra, I already miss you more than I can put into words. This doesn’t feel real. It can’t be real. I was with you just a few days ago. We promised to hang out soon. What I want more than anything right now is for us to keep that promise. But we can’t. We can’t because some terrorist decided to murder you, while you were giving food to soldiers in Gush Etzion. Because he decided to murder you, one of the most incredible, amazing people I know. I love you and miss you bro, and I know you’ll always be here with us. ברוך דין האמת. 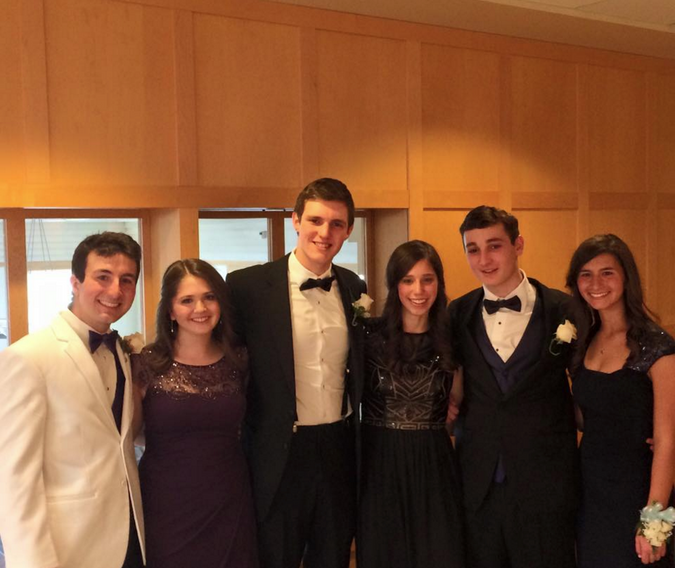 Schwartz had just graduated from Maimonides Highschool in Brookline, Mass in June 2015. 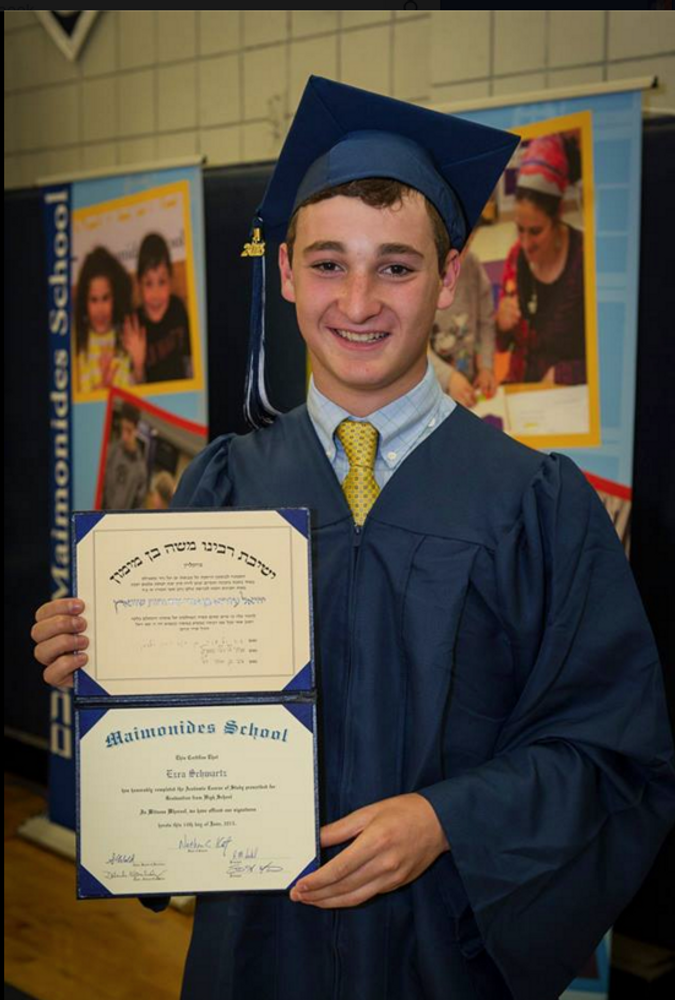 Maimonides posted the above photo on their FB page after word of Schwartz’s passing got out:

“We offer our deepest condolences to Ezra’s family, classmates, and friends. May the Schwartz family be comforted among the mourners of Zion and Jerusalem.”

Many on Facebook changed their profile picture to this picture from Ezra’s graduation as a sign of solidarity. 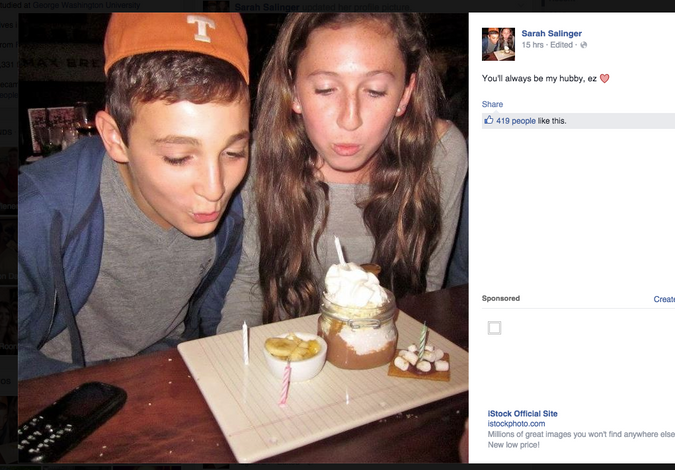 On Facebook, Ethan’s status was married to Sarah Salinger. She posted the above photo the day he died. “We had a pact that if neither of us were married by 30, then we would get married” she told Times of Israel. 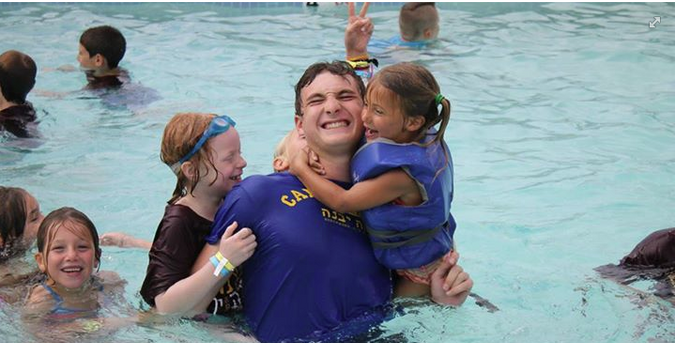 Ezra was a camper and then a counselor at Camp Yavneh in Northwood, New Hampshire. A camp counselor said the kids were always hanging on to him. 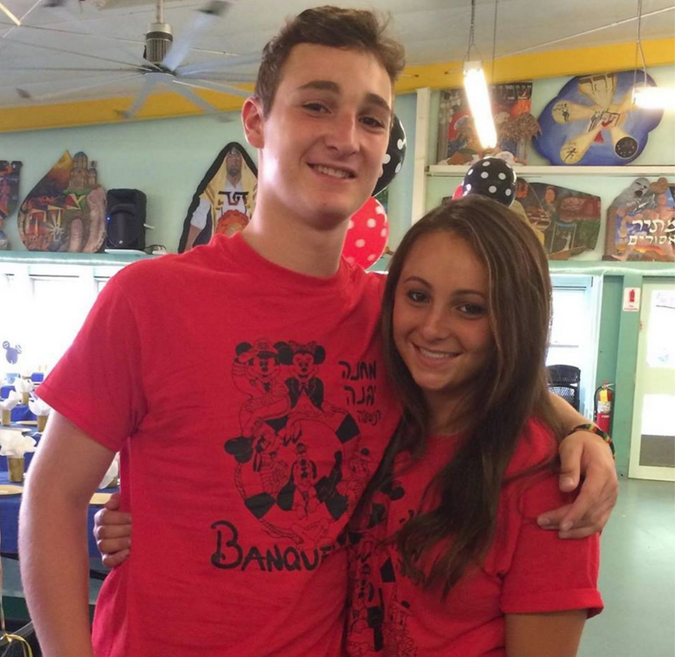 His sister, Mollie, who also worked at Camp Yavneh, posted the above picture on Facebook with the caption: “The most amazing person I’ll ever know love, your grèy” On November 18th, , the National Director of the Israel Association of Baseball, received the following e-mail from Schwartz:

Hi Nate, My name is Ezra Schwartz, I’m at yeshiva… and heard about the baseball league… I played four years of high school baseball and would love to join the spring league if there is space. If you can send me details of how to register that would be great. Thank you.”

The following day, Schwartz was killed in the terror attack. Fish never had the time to reply to his e-mail.