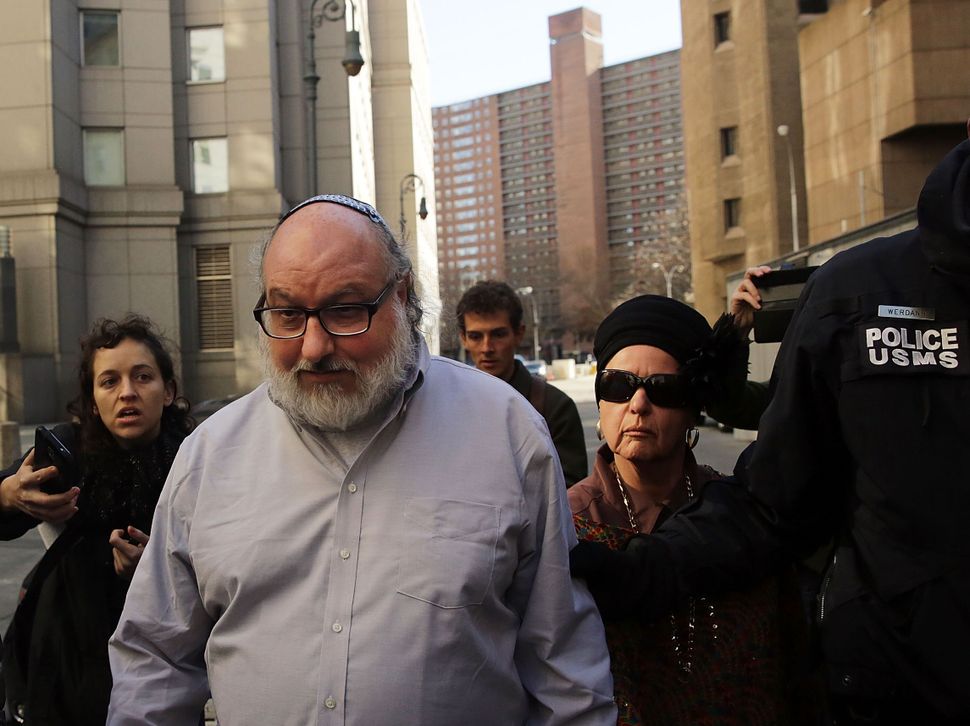 A spy drama that lasted three decades, sowed suspicion between two allies, and that sent a Jewish American behind bars for half his life, ended unceremoniously Friday with the opening of a door in the middle of a dark night in North Carolina.

Jonathan Pollard, the Navy intelligence analyst who stole American defense secrets and passed them on to Israel, was released from the medium security federal correctional facility in Butner, North Carolina. The release took place shortly after midnight in a well-planned deception meant to make sure that cameramen and news crews staking out around the prison gates would not get a glimpse of the spy as he was set free.

Hours later, as the sun rose over the prison near Raleigh, many of the cameraman still stood along the freeway outside the prison, unaware that the object of their stakeout was long gone and already starting his new life in New York.

Pollard, 61, was met by his wife Esther and the couple, who married while Pollard was in prison, took off to New York, where, according to his parole conditions, Pollard will live for the next five years.

With that came to an end one of the most contentious chapters in recent American–Israeli relations, a drama that still reverberates in many circles and still takes its toll on Jewish Americans trying to top levels of the defense and intelligence communities.

For Pollard, this is also a beginning of a new struggle as his lawyers rolled out Friday a combative press release announcing their plan to go to court and appeal his parole conditions, which attorneys Eliot Lauer and Jacques Semmelman described as “unreasonable and unlawful,” as well as “vindictive.”

They are asking the courts to ease restrictions which include prohibition on leaving the country, around the clock monitoring, and limiting access to the Internet.

Pollard’s first step as a free man was, in fact, a visit to the his parole office at the New York Southern District court, where he checked in and received his GPS-enabled ankle bracelet which will allow authorities to track his every move.

Facing camera crews alerted in advance about his upcoming visit, a smiling Pollard accompanied by his wife and lawyer, politely refused to answer reports’ questions. A photo released earlier by the group of activists devoted to bring about his release shows Pollard, in civilian clothing, embraced by Esther, in their new, and undisclosed, apartment in New York.

Pollard, said a member of the group in a text-message to journalists, requests to respect his privacy in the coming days. But this request has clearly gone unanswered by media outlets trying to follow his first steps in freedom after 30 years behind bars. The close surveillance mandated by his parole conditions also ensures that Pollard will not enjoy much privacy.

Family and friends talked Friday about the small things in life that Pollard will now enjoy – a Shabbat dinner reportedly cooked by his wife, saying the blessing over the wine, and spending time with his wife and friends. Next week, Pollard will start work in his new job at a finance department of an – again, undisclosed – investment firm.

The legal battle now waged over Pollard’s parole terms could take months until resolved. Meanwhile, an Israeli source close to the family speculated that the Department of Justice might choose to compromise with Pollard, allowing him to leave the United States once he renounces his American citizenship, and by that removing most of the concerns the government may have about his future activities.

Until then, Pollard, despite the limitations, is a free American in New York, last seen enjoying the morning breeze as he walked up Pearl Street on a sunny Friday morning.