Does Israel Owe This Ex-Orthodox Woman for Not Teaching Her Basic Math and English? 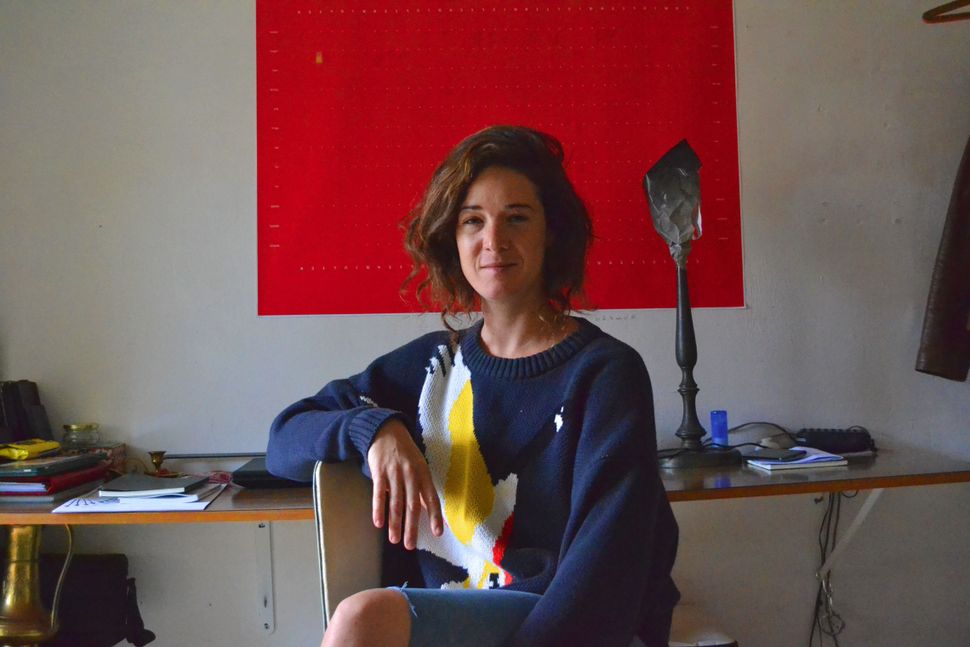 One Plaintiff of 53: Bar Von Mayer is Part of a group suing for the costs of supplementing what they claim is an inadequate education. Image by Naomi Zeveloff

Bar Von Mayer knew that leaving ultra-Orthodoxy at age 17 would be difficult, but she didn’t know that it would be so expensive. Her Orthodox high school did not prepare her for the bagrut, the matriculation exam that is a prerequisite for attending college in Israel, so she paid around $1,800 for a course that would catch her up in math and English.

Now, 15 years on, Von Mayer is seeking compensation for that sum. She is one of 53 ex-Orthodox individuals suing the Israeli Department of Education for financial damages they incurred transitioning into the secular world.

They claim that the state failed to enforce its law to withhold public funding from Orthodox elementary schools that don’t teach the state’s core curriculum, or provide alternative programs to Haredi teenagers seeking secular studies. Their schools raked in state money, they say, but neglected to teach them basic subjects like math, English and history, leaving them to play catch up when they started their lives beyond the Orthodox world.

“The idea of this suit is to bring public attention to this whole issue of so many people not having the option to study later in universities or colleges or so on,” said Shlomo Lecker, the group’s lawyer.

The group is also suing the Ministry of Defense. While most Israelis serve three years in the military, the ultra-Orthodox Jews who join — a small minority of Haredim — are able to serve for two years with the option to spend a third year studying an applied topic to help them become gainfully employed after the army. The group claims that the army discriminates against the ex-Orthodox by not providing them with the same opportunity for subsidized study when they suffer the same lack of education.

Before Israel was created, founding father David Ben-Gurion agreed to let the ultra-Orthodox establish a separate, independent school system to preserve their way of life. Today, there are several streams of ultra-Orthodox education in Israel. The levels of state funding they receive shift depending on the ultra-Orthodox parties’ influence in the Knesset.

According to the Lecker, schools must teach the core curriculum at the elementary level in order to receive state funding. Beyond that, he said, the state is compelled to provide alternatives for teenagers who would normally attend yeshivas and want to learn secular topics. Lecker’s suit claims that the ultra-Orthodox system failed on both counts.

Most of the Orthodox schools belong to the Chinuch Atzmai, or Independent Education System. According to Yedidia Stern, the head of research at the Israeli Democracy Institute, these schools should be teaching the state’s core curriculum in exchange for full public funding. But schools that don’t are still financed at a rate of 60% of per pupil funding allocated to secular schools. Often, local education authorities throw in extra money to support these ultra-Orthodox schools.

Other ultra-Orthodox schools beyond the Chinuch Atzmai system don’t teach secular subjects at all and still receive 55% of the per pupil funding. There is also a new state program of public schools geared toward Haredi students. These schools teach the full state curriculum in addition to religious studies.

Experts say that ultra-Orthodox schools that promise to teach secular topics in return for state funding often don’t — and almost completely get away with it.

“The law says that a school which doesn’t teach core subjects won’t get full financing from the state,” said Yair Sheleg, the head of the religion and state program at IDI. “But practically, all governments bypass that law because of the political power of the ultra-Orthodox parties.”

Now, the 53 ex-Orthodox students are looking to redress their paltry education in religious schools. Sheleg sees the suit as part of the growing pains of the ultra-Orthodox community, which, having expanded to 10% of the population, is finding its place in larger Israeli society. According to recent government figures, its numbers now top 750,000. “It represents the fact that the Haredi community has changed very sharply in recent decades,” he said. “They can no longer be isolated from general society.”

The suit was initiated by a not-for-profit group called Out for Change, which was founded in 2013 to help ex-Orthodox people transition into secular Israeli society. The group contacted about 400 people who claimed financial damages based on their lack of secular education or difficulty in the army. From that initial group of 400, Out for Change’s lawyer, Lecker, chose 53 people with strong cases. Two months ago, the group filed suit. Lecker said he expects responses from the government bodies in the coming weeks. 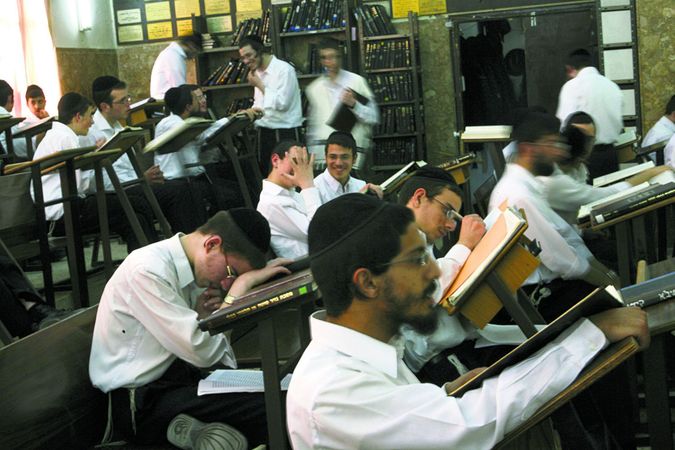 Requests for response from the Department of Education and the Defense Ministry were not returned by deadline.

In New York City, a group called YAFFED (Young Advocates for Fair Education) founded by Naftuli Moster, an ex-Orthodox Jew, is exploring a similar suit against the New York Department of Education.

Moshe Shenfeld, one of the founders of Out for Change, said that while the suit is focused on financial damages, its real aim is for policy change. Shenfeld wants to see state programming for ex-Orthodox Jews on the scale of programming for the Orthodox.

“We don’t want a situation where the government says, ‘Well, you will suffer and I will pay you in return,’” he said. “The idea is that the government needs to take responsibility and open all these programs or equivalent ones for ex-ultra Orthodox in order to make it possible for them to become part of Israeli society.”

He added that the point is not to force the Haredim to change their schools, but to make sure that people who leave have had opportunities to make up for lost secular education.

Von Mayer, for her part, said she would be happy to be reimbursed for her expenses, but that she’s looking for systemic change too. Raised in an ultra-Orthodox family of 13 in the southern Israeli moshav Tifrach, she said she left when she realized that her parents would soon be planning an arranged marriage for her. She spent her final year of high school at a secular school in Jerusalem with her aunt, where she tried to catch up on her basic studies. But with so much information missing, she had to supplement her studies with a course to pass the bagrut. After several years of working in Israel and abroad, she returned to Jerusalem and is now enrolled, at the age of 32, in an undergraduate photography course at the Bezalel Academy of Arts and Design.

Von Mayer has come to terms with the “delay in my life” in starting her career, but she said she wants to prevent others leaving Orthodoxy from a similar fate.

“You cannot go to the modern world, to live outside, and function with the knowledge they give you,” she said of the ultra-Orthodox school system. “It is not fair.”

Does Israel Owe This Ex-Orthodox Woman for Not Teaching Her Basic Math and English?