It Still Pays to Be a Man — and Work in Cleveland 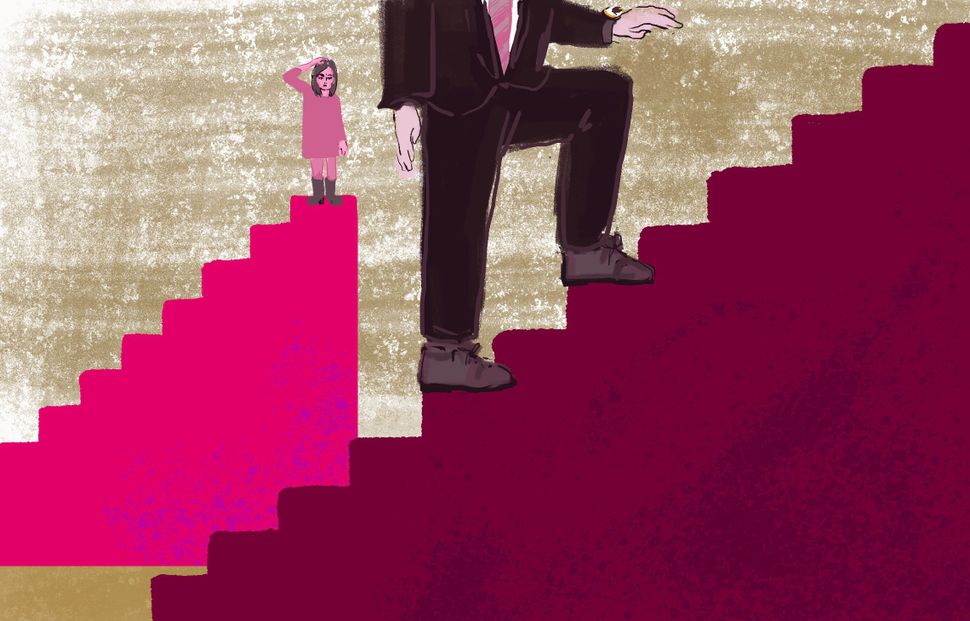 The seventh annual Forward survey of the salaries of Jewish nonprofit executives shows that it pays to be a man, run a large organization, work for Republicans, be involved in Israel advocacy and be posted in Cleveland.

Women leaders of Jewish charities continued to suffer discrimination in position and pay. Of the 71 large federations, advocacy and service groups, religious and educational organizations we examined using information publicly available on the IRS’s Form 990, only 12 are run by women — a number that has barely budged since we first compiled this data in 2009 — and they earn about two-thirds of what men earn.

Women tend to be leaders in smaller organizations, which explains some of the discrepancy in pay. Still, even after the size of the organization is taken into account, women earn only about 80% of what a man earns. According to an analysis conducted by Abraham J. Wyner, professor of statistics at the Wharton School at the University of Pennsylvania, a man running an “average” organization in our survey would expect to earn $363,000. If a woman ran that same “average” organization, she could expect to earn only $298,000.

The highest paid woman in this year’s survey appears to be Lisa Lynch, the interim president of Brandeis University. Her position is due to the fact that she’s listed as earning the substantial salary of her predecessor, since her salary is not available on the 990 for 2014. Brandeis has said publicly that Lynch is not a candidate for the top job.

Once again, it pays to be a Republican. Matthew Brooks, executive director of the Republican Jewish Coalition, is the most overpaid Jewish nonprofit leader, earning nearly $600,000, even though he oversees an organization with total expenses of $3 million and only 18 employees. Meanwhile, his partisan counterpart, the National Jewish Democratic Council, was dropped from this year’s survey because the organization is struggling financially and has lost its executive director.

Among the well-compensated (and in some cases overpaid) men on the highest end of the salary scale are those who lead Israel advocacy groups— such as the American Israel Public Affairs Committee, the Zionist Organization of America and Birthright Israel Foundation—and the Conference of Presidents of Major Jewish Organizations. Among the least-compensated (and in some cases underpaid) men are those at the helm of grassroots advocacy or educational institutions, such as Agudath Israel of America, American Jewish University and Hazon. (Many religious organizations choose not to disclose salaries or other financial information.)

While the average raise among those surveyed was 5.5%, some CEOs received far heftier increases. The largest percentage raise went to Roz Rothstein of Stand With Us, whose base salary jumped to $253,970 and who also received a one-time $55,000 bonus. “The decision to give Roz a raise was a couple of years overdue,” explained Esther Renzer, co-founder and international president of Stand With Us. “We have grown exponentially in that time frame. This was also a vote of confidence. We couldn’t have a CEO who is more dedicated than Roz.”

Notwithstanding the challenges facing the federation system, several chief executives received raises of more than 15%, including those in Baltimore, South Palm Beach and St. Louis. For the first time in our survey, a federation leader’s salary tops $800,000 — with the honor going to Stephen Hoffman in Cleveland. By way of comparison, Hoffman earned nearly $300,000 more than Steven Nasatir in Chicago, even though Nasatir oversees twice as many employees and expenses twice as large.

On the other hand, the only woman to lead a major federation in the United States, Naomi Adler in Philadelphia, earned 15% less than her male predecessor during her first full year in the job.

As has been the case in prior years, several (male) executives received valuable perks, including first-class travel, trips with their spouses and housing allowances. But once again, the sweetest package goes to members of the Hier family, who are paid by the Simon Wiesenthal Center and the SWC Museum Corp. Together, Rabbi Marvin Hier, his wife, Marlene, and their son Alan took home a total of about $1.35 million. That figure includes nearly $80,000 in a “parsonage” allowance for Marvin Hier.

And he’s not the only well-compensated rabbi at the Los Angeles-based Center. Rabbi Abraham Cooper, the associate dean, earned $507,258, which also included a parsonage allowance and $4,500 to fly his spouse to Israel when he had to attend meetings during the high holidays and could not be away from his family.

Rabbi Meyer May, the executive director, apparently was “requested to attend fundraising meetings” in Israel during the high holidays and since “he could not be away from his spouse” the center reimbursed him nearly $5,800 for his wife’s airfare. That expense, along with a parsonage allowance, brought May’s salary to $502,815.

If Cooper and May ran their own organizations at their current salaries, they’d be ranked the sixth and seventh best paid leaders of national Jewish advocacy and public service organizations in the Forward survey. As it is, their boss is number one.

It Still Pays to Be a Man — and Work in Cleveland