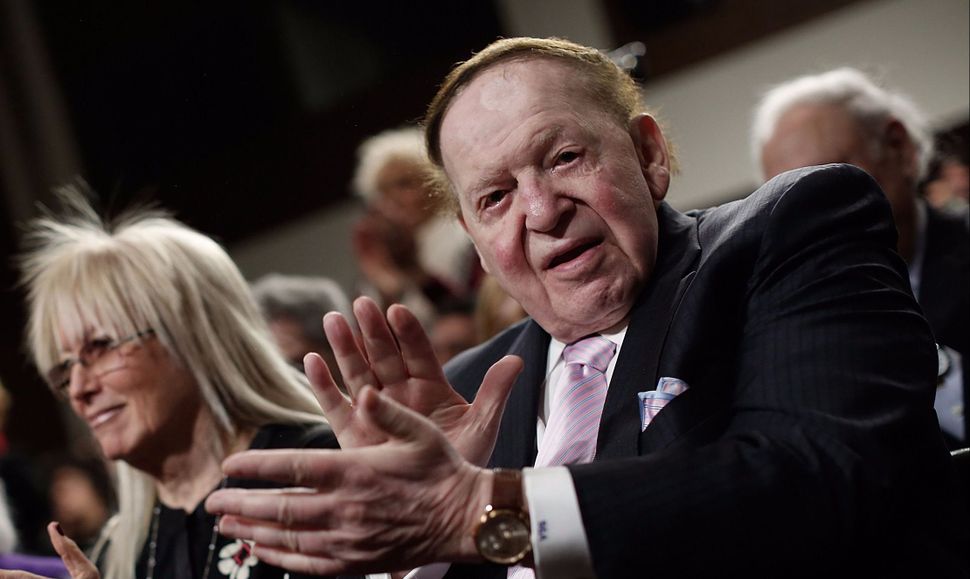 Sheldon Adelson is the mystery purchaser of Nevada’s largest newspaper, according to a report from Fortune magazine.

The Las Vegas Review-Journal was purchased for $140 million in early December by a limited liability corporation that went to unusual lengths to shield the identity of its owner. The strange transaction drew attention from media watchers and political reporters alike, as the paper’s right-leaning editorial page could have a significant impact in Nevada’s early presidential primaries.

As various wealthy billionaires denied having purchased the paper in recent days, suspicion began to settle on Adelson, the billionaire casino magnate, political donor, and owner of Israel Hayom, a hawkish free Israeli daily. Harry Reid, the U.S. Senator from Nevada and senate minority leader, told Politico on December 15 that he suspected Adelson.

The Fortune report, published shortly before 4 PM on December 16, cited unnamed “sources familiar with the situation” confirming that Adelson was the paper’s purchaser.

The Review-Journal itself has yet to identify its new owner. A story published in the paper on December 15 quoted the Society of Professional Journalists, an advocacy group, condemning the new owners for hiding their identities.