A trove of federal investigatory documents and eerie photos from February’s deadly collision between a New York commuter train and an SUV driven by suburban Jewish mom Ellen Brody still can’t answer why she appeared not to realize that she was in mortal danger.

The National Transportation Safety Board made its file public Wednesday and cautioned that it has yet to make any definitive conclusions about the tragedy on the tracks in Valhalla, a bedroom community north of New York City. 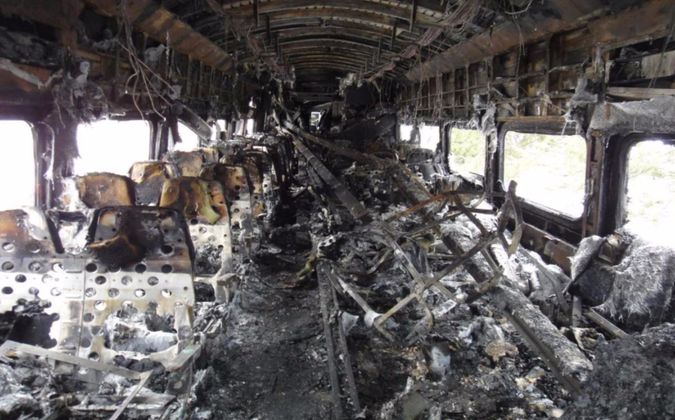 This is what they do know, so far:
– Blood tests show Brody was not using illicit drugs or alcohol.
– Her husband insists that while the Mercedes SUV was new, his wife was completely in command of how to operate it.
– Brody was not using her cellphone at the time of the incident.
– The train was traveling at 58 mph when the engineer slammed on the breaks and was doing 49 mph when it slammed into Brody’s vehicle at a grade crossing Feb. 3.
– Nearly 400 feet of the third rail detached and pierced the first car of the commuter train, killing five passengers in a fiery demise.
– The SUV was also pierced and engulfed in flames that consumed the Westchester mom of three teenage daughters.

Brody was seen getting out of the SUV when it stopped on the tracks after it got hit by one of the crossing gates at the crossing. She then got back in and was driving forward when the train hit her.

There have long been complaints in suburban communities about the dangers of street-level crossings. Demands for greater funding for public transportation, and the expensive proposal to elevate crossings have been rebuffed in Congress. 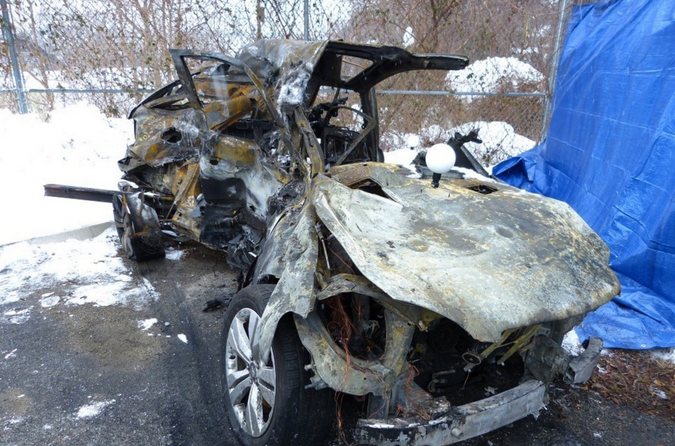 This is the mangled Mercedes SUV that Ellen Brody was driving. Image by NTSB