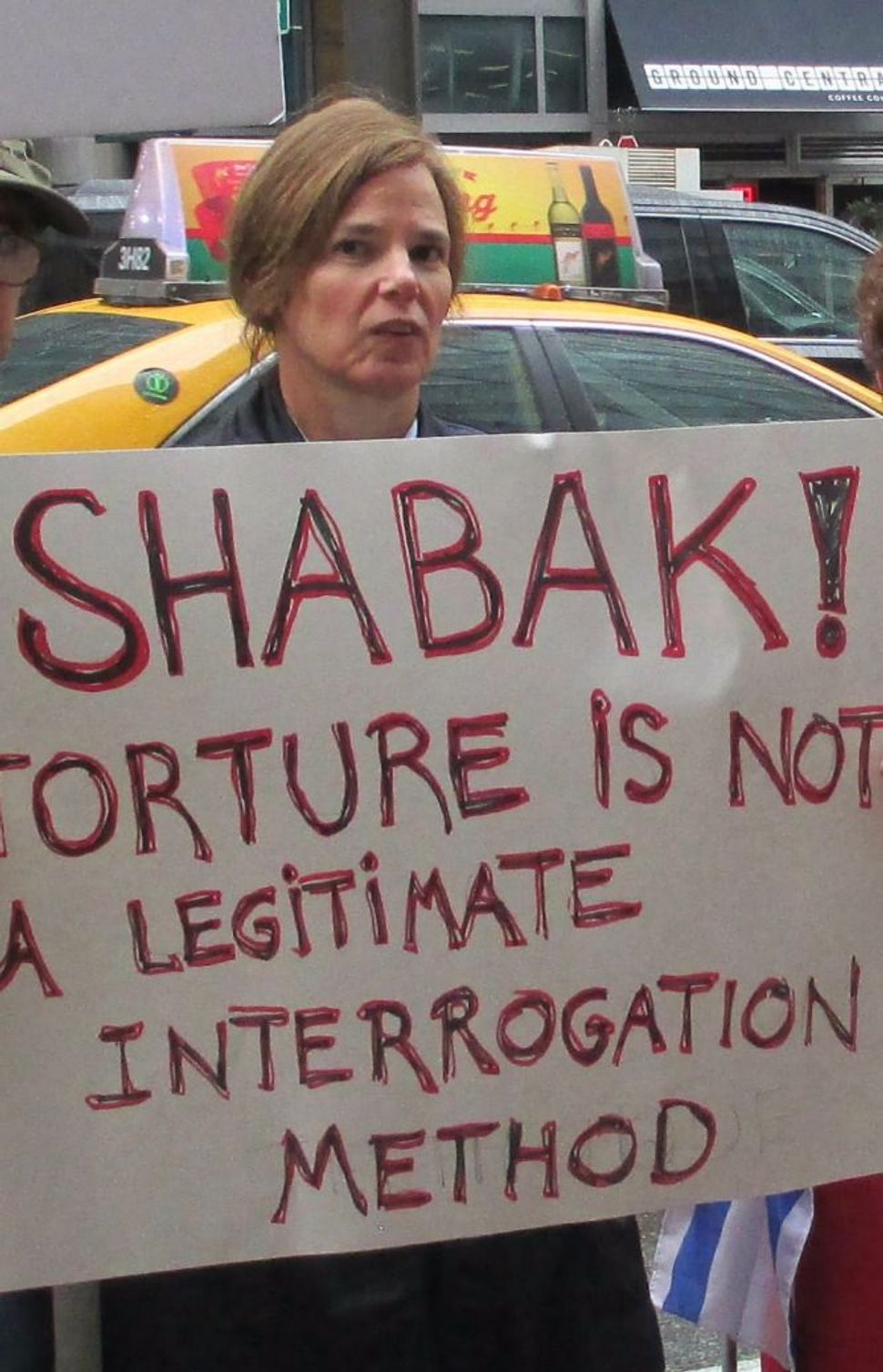 (JTA) – The father of Elisha Odess, the American-Israeli Jewish teen held by Israel’s internal security service, says his son is innocent and that he confessed to terrorism under torture.

“We are sure he didn’t commit this crime,” Rabbi Moshe Odess told JTA in a telephone interview. “When they put him through the most aggressive interrogation of Jews in the history of Israel, when we heard that they were blaming him for Duma, we were in shock.”

Elisha Odess, 17, is one of the three Jewish youths held in administrative detention, or imprisonment without charge, by the Shin Bet intelligence agency in connection with the firebomb attack on a Palestinian home in the West Bank town of Duma in July. The attack killed three members of the Dawabshe family, including an 18-month-old baby, and severely injured a fourth. Odess’ name was reported by the Forward on Wednesday.

The youths were detained in late November, and their lawyers claim the Shin Bet tortured them during interrogation, depriving them of sleep for days, slapping and kicking them, blindfolding them and hitting their “sensitive organs.”

“We learned that he went through a set of torture to admit to all kinds of crimes,” Moshe Odess said. “The boy cried in front of the judge, begging him not to return him to torture, that he would rather die than go back to torture.”

Elisha was put under house arrest beginning in August. His father said that was a surprise but not a shock, given Elisha’s involvement in the Hilltop Youth, a loose network of right-wing, largely extremist youth who set up outposts on hilltops across the West Bank in contravention of Israeli policy. He was placed in administrative detention on Nov. 25.

Elisha’s parents have seen their son twice since then, on Sunday and Wednesday, both times during court hearings. Neither time were they able to speak with him because he was held behind a glass divider at both hearings. All three youths were denied access to lawyers until last week.

“How can you feel when you hear your son is going through torture?” Odess asked. “It’s a terrible thing. The feeling here is that all the systems were cooperating, and because of that no one was ready to go out and defend my son, to keep him from torture.”

Odess called his son’s treatment “a violation of human rights.” He said the state has no evidence against him, which is why investigators used torture to extract a confession.

“It’s totally clear from the information given in court that all of his confessions were given only after they put tough pressure on him,” Odess said. “There are no actual proofs that connect him to any act.”

Odess and the parents of the two other youths, whose identities are still unknown, plan to call Sunday for an independent committee to investigate the conduct of the Shin Bet in this case. Since the torture allegations emerged last week, right-wing Israelis have taken to the streets in protest. The Shin Bet has denied any wrongdoing, and leading government officials — including Prime Minister Benjamin Netanyahu and President Reuven Rivlin — have defended the Shin Bet’s conduct.

Odess was born in Israel and holds dual Israeli and American citizenship. His family lives in the northern West Bank settlement of Tzufim, a shared religious-secular bedroom community of some 1,500 residents. Moshe Odess serves as the community’s rabbi.

Tzufim residents who know Elisha told JTA Thursday they doubt he committed the Duma attack. They described him as a friendly, helpful boy who likes working with animals.

“He’s a kid who helps out, who cares, asks how people are doing,” said Dvir Re’ani, 18. “He’s an amazing kid, a good soul. He definitely didn’t do it. They’re putting it on him.”

Residents also lavished praise on the Odess family and said Tzufim’s character isn’t conducive to extremism. Its religious and secular residents get along well and, relative to the settler community at large, hold moderate political views. Signs posted on the streets read: “One town, one community.”

“Religious and secular live in amazing harmony,” said Sara Tzchori, who moved to Tzufim with her husband in 1992. “Everyone helps everyone.”