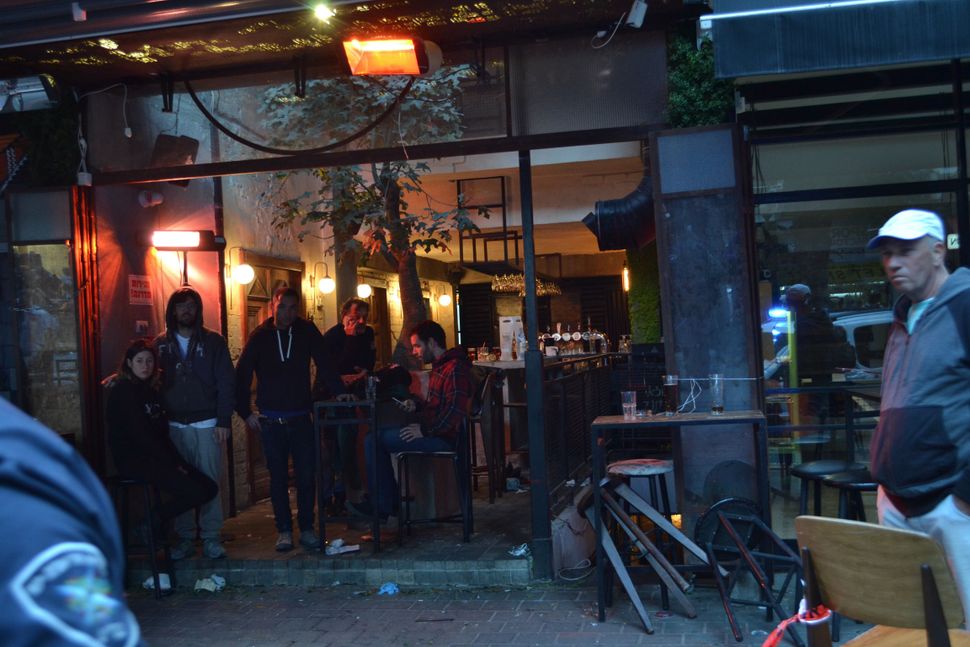 At least two people were killed on New Year’s Day when a suspected Israeli Arab terrorist opened fire on a bar on Dizengoff Street, in the heart of Tel Aviv’s chic shopping thoroughfare.

Seven people were also wounded, two seriously, in the attack. Security forces identified the shooter as a 28-year-old Israeli Arab from northern Israel, and mounted a major manhunt for him. Relatives said the suspected gunman is mentally ill.

Police were increasingly sure that the shooting was a terror attack although some security officials insisted the motive was unclear. 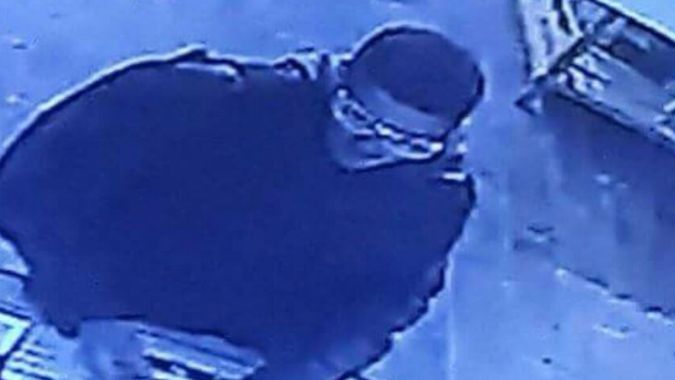 Nati Shakked, owner of the next-door Simta bar where there were several casualties, told Israel’s Channel 2 TV: “It was a terrorist attack, without a doubt.”

One of the victims was identified as Alon Bakal, a manager at the bar.

Bakal’s father told reporters he was a law and business student, just about to start an internship at a law firm. He just texted him yesterday saying “I’m having a good time, I love life.” 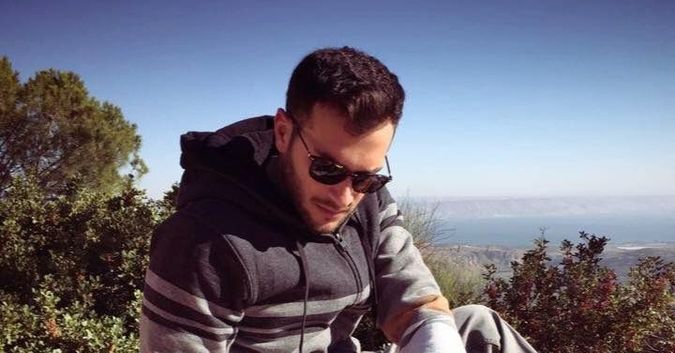 The second fatality was identified as 30-year-old Shimon Ruimi. 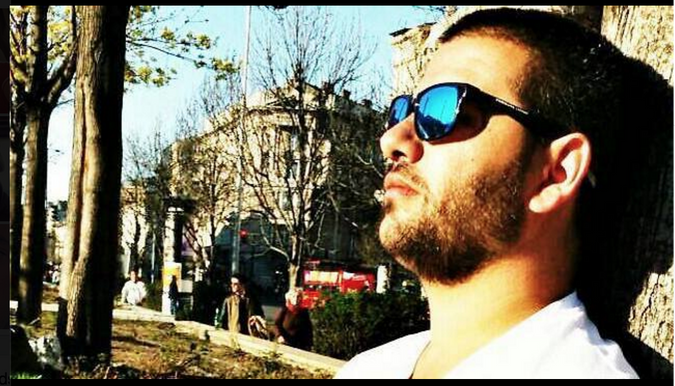 Several police vehicles were parked outside of the Simta bar, which was cordoned from the street by red police tape. Bar stools were perched haphazardly outside the bar. A woman sitting at the entrance held her head in her hands.

On the sidewalk in front of the bar, a glass bus station shelter was shattered by a bullet.

Unconfirmed reports in Israeli media said a Koran was found in a backpack purportedly left by the gunman at the scene.

Assaf Ben Ezra, owner of the Meat Pack restaurant across the street, said that he was just about to serve food to his customers when heard the sound of gunshots. He saw a man lying down on the street.

After looking to make sure that there were no active gunmen, he ran across the street to help the man, whom he said was shot three times in his hip and stomach. Ben Ezra helped the man stanch the bleeding, until he was taken to a hospital. 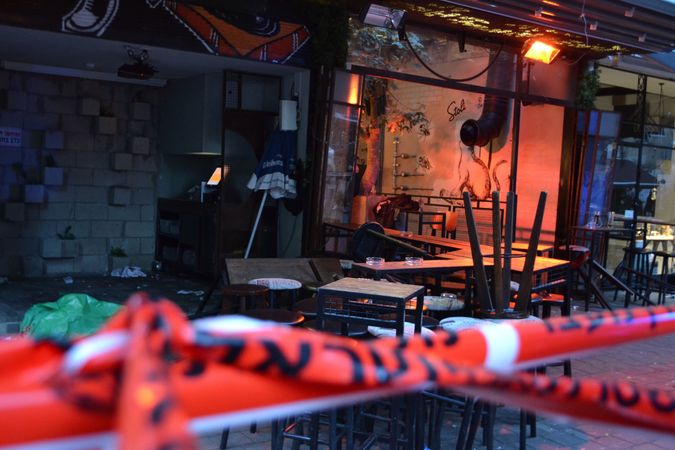 Reached on the telephone by the Forward, Ben Ezra sounded agitated, saying he was about to leave the area to return home to his worried daughter. He said that Friday afternoon in Tel Aviv is usually a time to celebrate. “And all of a sudden a terror attack.”

Ofer Aronovitz, who lives on a side street off of Dizengoff, said that he saw the gunman fleeing the scene and that he and some friends began chasing him, but stopped because they had no weapons. The gunman, he said, ran into a yard.

“The policemen are still looking, of course,” he said.

On Dizengoff, throngs of people gathered behind the police tape, taking photographs of the scene with their cell phones. A pair of tourists stared at the scene bewildered. Across the street from the bar, the glass exterior of a jewelry store was also shattered by a gunshot. A woman working in the store declined to comment. 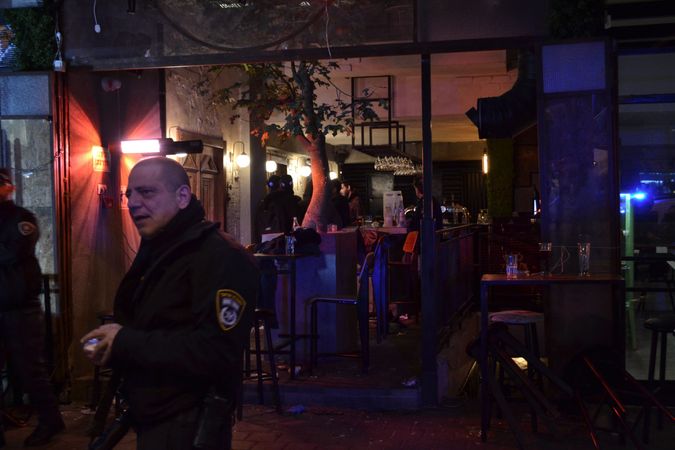 Solomon Juliard, a 23-year-old visiting Tel Aviv from Jerusalem, said he ran to the site when he heard the sound of ambulances. He said that the scene reminded him of Jerusalem during the second intifada, when the popular Machane Yehuda market was bombed in a Palestinian attack.

But he noted that in spite of the attack, Tel Avivians were still drinking coffee and soaking in the final hours of daylight before the Sabbath set in.

As the sun set, a few bikers rode on Dizengoff as police vehicles drove back and forth.

Sami Melhem, an Israeli Arab lawyer, said the shooter is his relative. He said the suspect’s father, a police volunteer, had come forward to identify him to authorities after the security footage aired. The 28-year-old suspect’s name was withheld from publication under a court gag order.

Speaking to Channel 2, Melhem said he had previously represented the suspect in a case where he was jailed for assaulting an Israeli soldier. But Melhem described him as mentally unstable rather than politically militant.

“This man is not sane, to the best of my knowledge since I represented him,” Melhem said. “He has received treatment. He is receiving treatment. Recently he has been going around in the street as an insane person.”

Asked if the suspect had radical religious tendencies, Melhem said: “I do not know.”

Arabs, the majority of them Muslim, make up 20 percent of Israel’s population. While they broadly sympathize with the Palestinians, they rarely take up arms against the country or its majority Jews.

Israel has seen a wave of Palestinian street attacks since October, fueled in part by Muslim anger over stepped-up Jewish visits to Jerusalem’s al-Aqsa mosque complex, also sacred to Jews, as well as the lack of any progress towards peace with Israel. The violence has been encouraged by Islamist groups that preach Israel’s destruction.

There was no immediate claim by Palestinian armed factions for Friday’s attack.—With Reuters