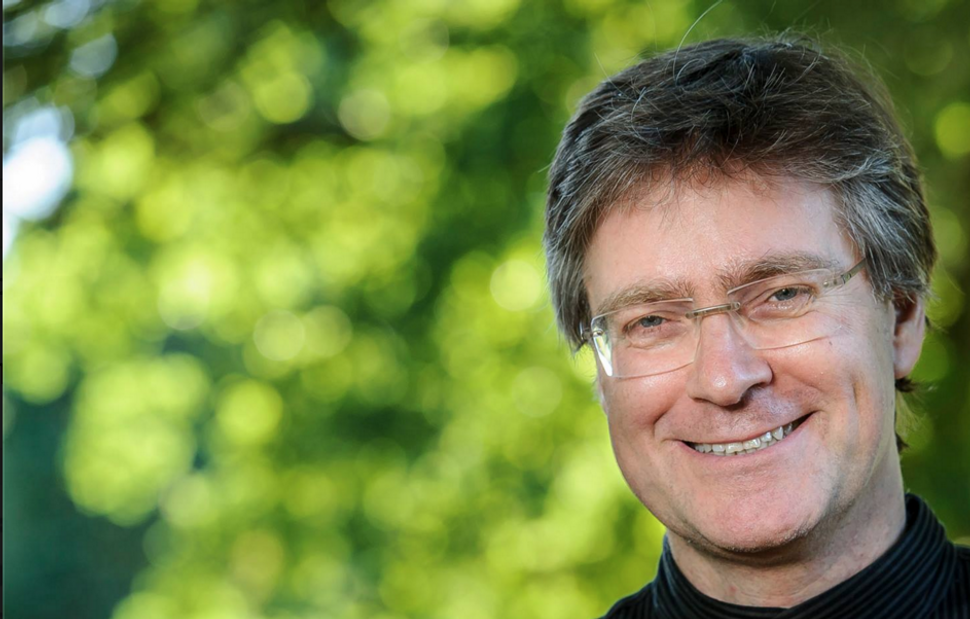 In a conversation with his lawyer and public relations advisor, Marc Gafni, the controversial spiritual leader, speculated about suing the Forward as a “test case” and said that the public campaign denouncing him was driven by Jews who are upset about his new think tank’s success.

The conversation occurred December 30 after the end of an hour-long interview with the Forward about allegations of sexual misconduct that have dogged Gafni, a former rabbi, for decades. The interview was held on a recorded conference line requested and arranged by Gafni’s team; a member of that team sent a copy of the recording to the Forward that included the discussion.

In it, the ex-Renewal rabbi shows a side of himself at odds with his public persona. Gafni said “the Jews are upset” with his success and revealed that he is considering legal action against critics or journalists; even before publication, he discussed the possibility of suing the Forward.

“Let’s have a separate meeting, and figure out — do we want to sue someone and who would that be?” Gafni said to Michael Wright, his press representative, and Christopher Marston, his lawyer. Earlier in the conversation, Gafni said: “If we do decide to take action someplace, maybe the Forward would be the test case.”

Gafni expressed frustration with the spate of bad press. “There is no trigger for it,” he said. “It’s because basically the Jews are upset that the think tank is going well. I say, in other words, and I love the Jews, I’m one of them. You know, that’s what’s actually happening.”

Earlier Gafni told his colleagues: “The person who organized the false complaints is a guy named David Ingber. He’s a rabbi in New York who I ordained and essentially threw out of my circle. And David is very close with all the people at the Jewish Forward.”

Gafni surmised that this reporter was “from David’s gang” and that “it was probably shocking for him to be speaking to the devil.” Then he laughed.

In response to a Forward request for Gafni to comment on this story, Marston, his lawyer, sent a “cease and desist” email to the Forward, calling the conversation privileged and confidential, and threatening to sue if an article about it were published. After the Forward’s attorney made a second request for comment, Marston responded: “If the Forward published any content from the Conversation following the termination of the interview with Sam, we will sue your client and several ground[sic], not the least of which we expect will be defamation. We will make sure the article is very expensive one for your client if they insist on illegal and unethical behavior.”

On the recording, Gafni was hesitant to embark on a long drawn out lawsuit with critics. “I want my next twelve months to be about writing books,” he said.

Marston said that while he was not advocating legal action, he assured Gafni: “There don’t tend to be counterclaims in these things…these are one-way street cases. So if you ever get tired of them, or think they’re hard to prove, or you just know it’s just boring or old, you could just drop it.”

Gafni, 55, compared his think tank, the California-based Center for Integral Wisdom, to the Cato Institute, the Heritage Foundation and Landmark Education, which “went through some stuff like this….This is not a surprising issue for an activist think tank,” he said.

“There have been five articles in the last five days in all sorts of little places, but we’ll get through this,” he said. “All of a sudden, the culture is paying attention in a strange way. And now we’re going to transform that energy into super positive energy.”

Marston said that, if he were to sue, Gafni could go after one person to “make an example of one.”

“And then you just literally send somebody a link, the next person a link, and say: ‘Hey, check it out. We sued this person, too. So it’s real. So in other words we’re not just barking at you and, too, by the way, this is the first thing that shows up on Google when you Google their name.’”

Marston then said that this maneuvering could make such a target unemployable. To which Gafni responded: “Thank God I run my own think tank, otherwise I’d never get a job.”