The Tragic Death of Daniella Moffson — an ‘Example for Everyone’ 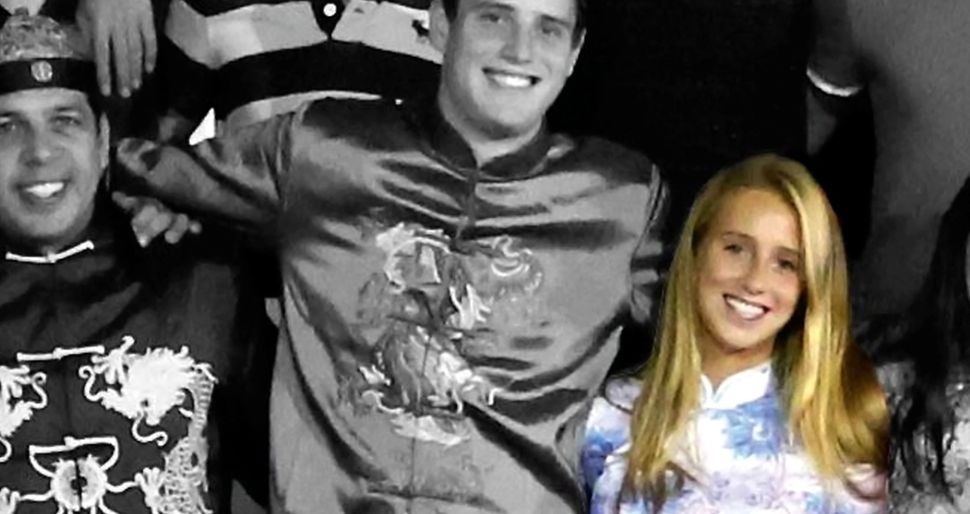 Daniella Moffson last updated her Facebook cover photo August 26. She chose a group shot of children and adults clapping in front of a lake. They are wearing matching pink baseball t-shirts and releasing white and yellow balloons towards the late afternoon sun.

Accompanying the photo are the words “Simcha” – Hebrew for joy and the name of the summer camp where she was a counselor – beside a yellow heart. Over 150 people liked it. That day, when camp was done, someone already wrote how much they missed her.

Now, after a horrible tragedy in Central America, the young Barnard student will be missed forever.

“She was worried about other people first,” said Michael Lupinacci, her math teacher at The Ramaz School in Manhattan. “She set an example for everybody.”

Moffson, 21, was one of three people killed in a bus crash in Honduras Wednesday when the vehicle, which carried 25 Columbia and Barnard students on a volunteer mission organized by Global Brigades, plunged down a ravine. The other fatalities were Columbia College sophomore Olivia Erhardt, 20, and Abigail Flanagan, 45, a General Studies student and nurse practitioner at the Columbia University Medical Center.

The bus was traveling to the airport to bring the students home after their weeklong trip providing medical care to poor neighborhoods.

That Moffson, who grew up on the East Side, died while helping others, is a poignant coda to her all-too-short but remarkable life.

Moffson was raised Orthodox Jewish and attended school at Ramaz on the Upper East Side, a Modern Orthodox prep school, and had been volunteering since her teens.

Dozens gathered in the school auditorium yesterday to mourn Moffson — and remember her short yet still extraordinary life.

She knew what she wanted to be — a pediatrician. And the prayerful young woman with blond hair and a picture-perfect smile that never wavered was already inspiring others — even her math instructor, who said he learned from her compassion.

“She never made a fuss about all the work she did,” said Susan Stein, a family friend who taught Moffson mahjong and spent holidays with her, speaking of her modesty. “She was just so quiet about her work, but so loud about life.” 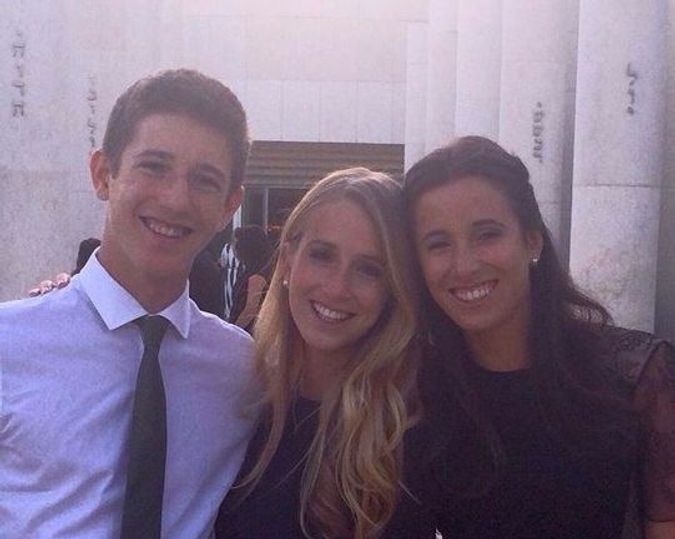 But she also was determined, said Deede Benel, the educational director for student programs at Ramaz. She traveled the world volunteering, including to Israel and South Africa, to care for those in need.

Benel remembered telling Moffson in high school that the hospital doesn’t take volunteers ages 15 to 17, but Moffson responded, “No, no, it’ll be great and fine,” and got accepted anyways.

“There was a certain spiritual refinement,” said Rabbi Elie Weinstock of Congregation Kehilath Jeshurun, where the Moffsons belonged.

Rabbi Ira Miller, dean of the upper school at Ramaz, agreed: “Daniella was a sensitive young woman who had a very compassionate heart. … She had a drive and ambition to help people and nothing was too great for her to accomplish.”

When she began Barnard in the fall of 2013, Moffson became heavily involved in Jewish life on campus. She was a member of a women’s mishmar group and Hillel, among others.

Her orientation toward Judaism was solid: At Ramaz, she received the school’s tefillin award, given to the graduate who showed the most substantial commitment to Judaism through prayer.

Friends remembered the multi-faceted young woman who liked the television shows Modern Family and Catfish, and listened to Bruce Springsteen and Zusha, a Hasidic soul band.

On social media, the Shaare Zedek Medical Center in Jerusalem remembered how she was the captain of their Bowl-A-Thon. Her peer, Lipa Schmeltzer, wrote about entertaining cancer patients with Moffson and another student, Lauren Lantry, told how Moffson beckoned her to sit beside her during their first-year seminar.

“While she never knew it, she was the first person to make me feel welcome and at home at Barnard,” Lantry wrote.

No one knew how special she was more than her dad.

“My daughter was perfection. She was a beautiful girl beautiful in and out,” Michael Moffson said. “She did this (was in Honduras) because she was a good girl.” 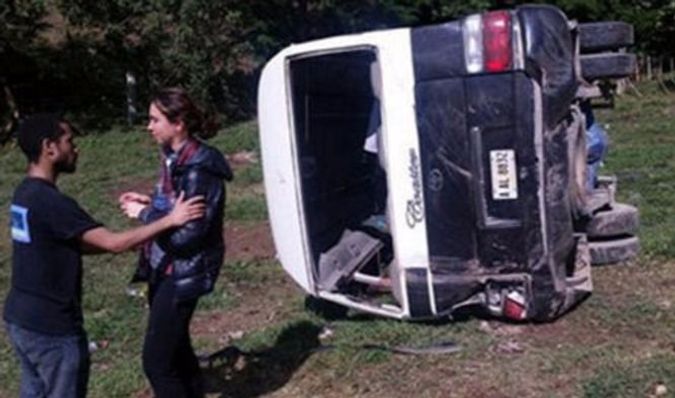 The last email Benel received from Moffson was in August 2014, detailing her recent trip to Israel and how she felt so inspired by helping others, that she wanted to form a similar group in the U.S. She had already recruited 250 people and was asking Benel for advice.

“There was no stopping Daniella,” she said.

Stein relayed one of the last conversations Moffson’s mother had with her daughter on the phone in Honduras.

“She said, ‘Daniella, when you get back, you never do anything for yourself, you have three days before school starts, let’s make it about you,’” Stein recalled.

With Talya Zax and Thea Glassman

The Tragic Death of Daniella Moffson — an ‘Example for Everyone’