A storied New York Orthodox synagogue, just blocks from the Empire State Building, is looking to its future, but says a report that it may build a gleaming 19-story ‘SynaCondo’ is wrong.

The – Congregation Beth Israel was founded by immigrant German Jews in 1890 on Manhattan’s W. 35th Street, around the block from its current home, built in 1925, at 347 West 34th Street.

The neighborhood it’s in is undergoing massive changes and the Shul has been working with architect Esther Sperber for more than a year on a series of proposals, one of which was a combination temple/residential behemoth.

Curbed, a New York real estate website, reported Saturday that the mix-use tower idea is still on the table and would involve demolition of the 90-year-old Shul in the Garment District.

But both the spiritual leader and president of Congregation Beth Israel told The Forward that plan has been rejected. 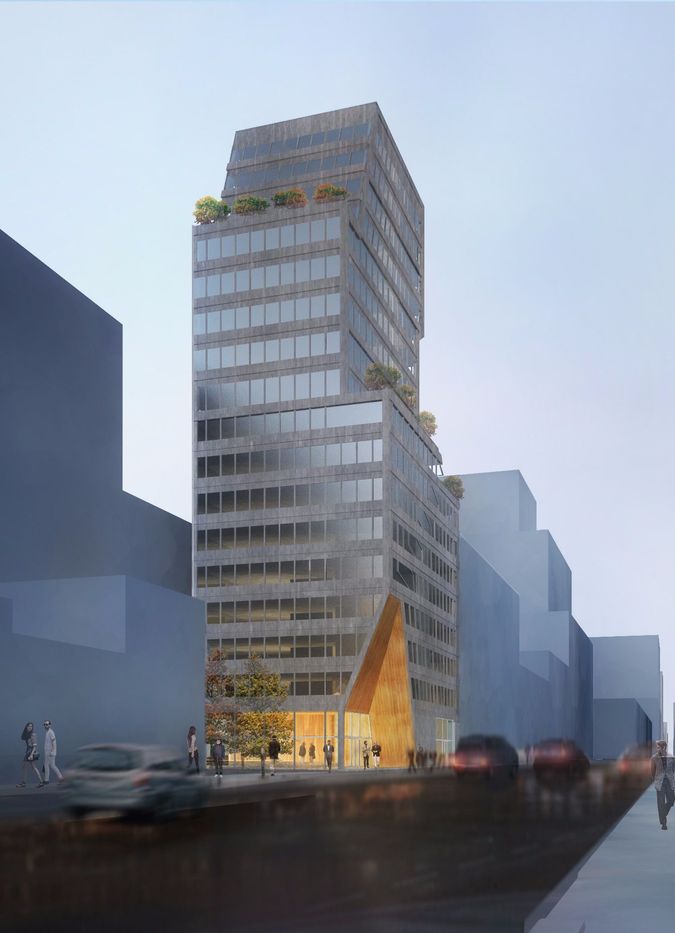 “Our membership quite overwhelmingly rejected any plans for demolition of our current synagogue building and any plan we might pursue will preserve our existing synagogue structure,” said Rabbi Jason Herman.

Sperber and Congregation President Brett Firfer say the likely scenario is keeping the existing historic building, bringing it up to code, and developing the adjacent parking lot it owns.

“We are indeed looking for ways to grow with neighborhood booming all around us, which may include developing our parking lot to help us fund new programming,” Firfer said in an email.

“However, the congregation and the board have demonstrated a strong preference for maintaining and, with G-d’s help, renovating our synagogue as part of our important mission to serve the Jewish community, where our congregation has been for 125 years.”

The synagogue’s membership is not typical of many shuls. It has a higher proportion of singles and it also has daily attendance from Jews who work, but don’t live in the area, like those from the famed nearby Jewish-owned B&H photo and video store.

With the entire area about to experience a major rebirth, the Orthodox congregation may see big changes. 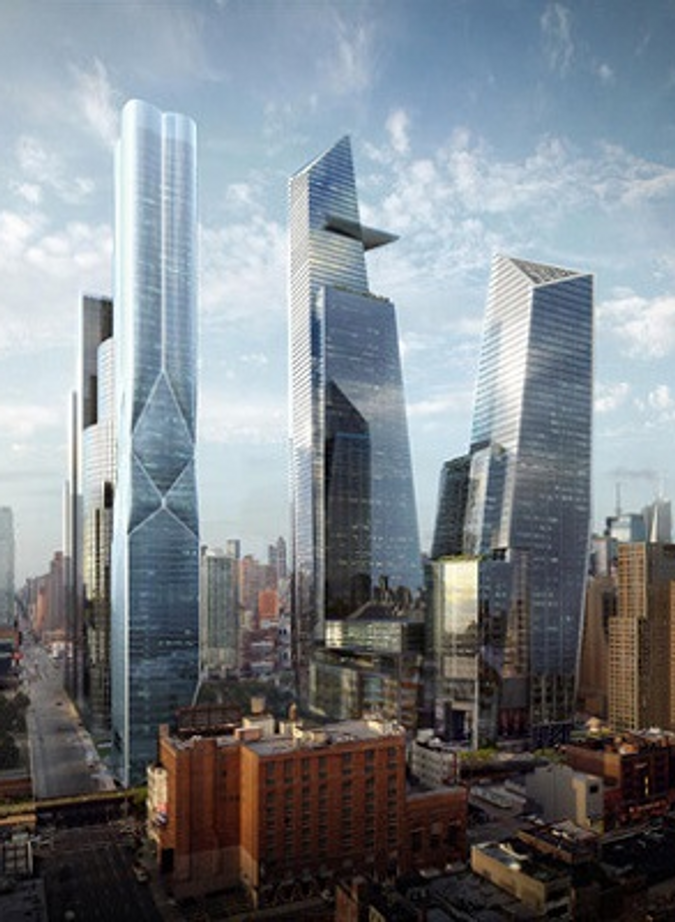 The proposed Hudson Yards project will bring thousands of new residents to the area near the synagogue. Image by Wikimedia Commons

A block away, the ornate Farley Post Office building is being converted into a new Penn Station and two blocks past that, just south of the Jacob Javits Convention Center, an entire new neighborhood is planned where the city just opened a brand new subway station, extending the 7 Line to 11th Avenue.

The Hudson Yards Redevelopment Project will include new residential and office towers, schools, a park, and a mall, including a Nieman Marcus.

Sperber said the SynaCondo is a concept that other houses of worship may want to look at as they struggle to plan their next 100 years.

“I was very interested is studying the possibility of a mixed-use building since this is applicable to many religious institutions in the city. We therefore developed this scheme which we have shared with the congregation,” she said.

“The community seems to love this building and would like to preserve it, if that’s possible, realizing it’s not an easy building to renovate and make into a 21st Century Synagogue that would serve them into the next century,” said Sperber, founder of Studio ST Architects. 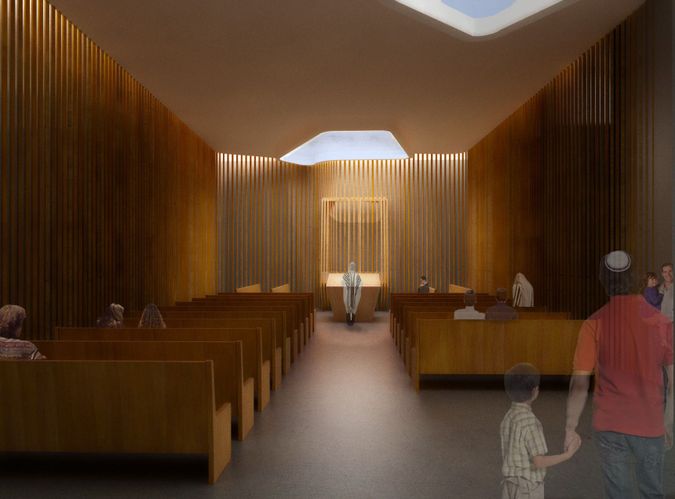 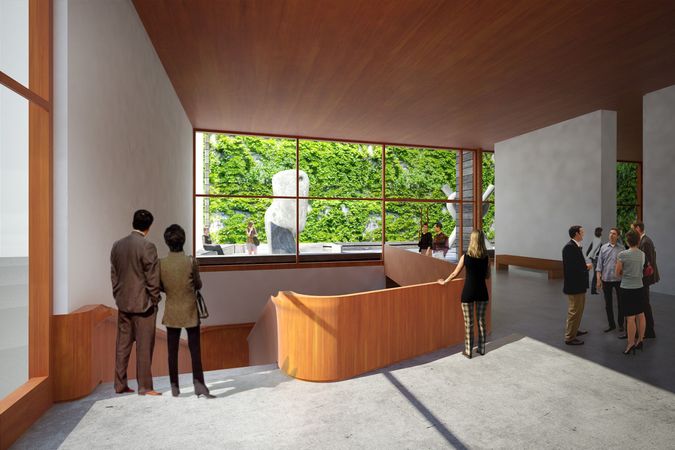