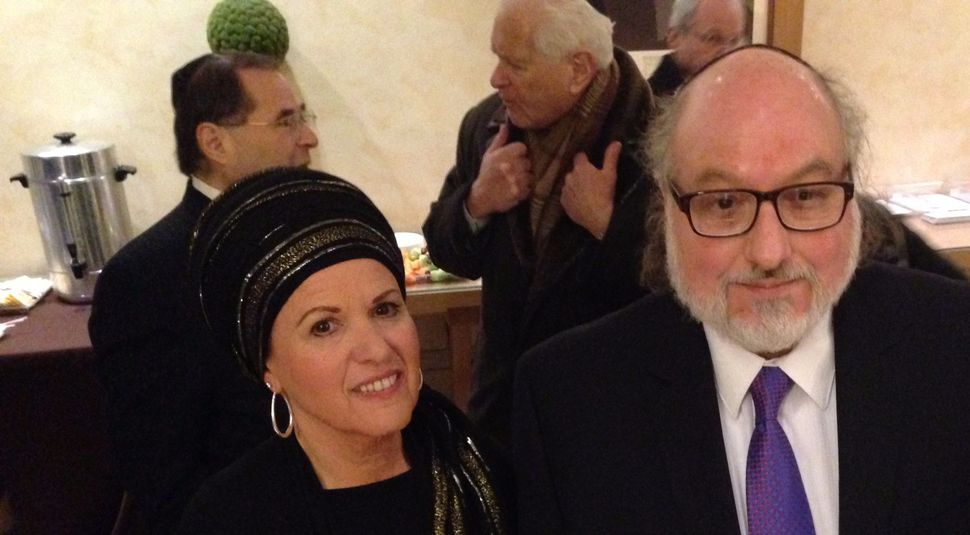 Image by Justice for Jonathan Pollard

That is about as much as can be gleaned about the setting of the closed January 25 meeting, based on a photograph of the event provided by Jonathan Pollard’s official website. In the photo, Pollard and his wife are pictured in the foreground. In the background are Representative Jerrold Nadler, Zionist Organization of America president Morton Klein, a coffee urn and some miniature topiary.

But in a brief phone interview with the Forward, Malcolm Hoenlein, executive vice president of the Conference of Presidents of Major Jewish Organizations, stressed that the meeting was in no way meant to convey the Jewish establishment’s embrace of Pollard, much less any aspect of the crimes he committed.

“That’s silly,” Hoenlein said, when asked about the chances his group ran the danger of communicating such an impression. “We meet with people of every kind, of every point of view. Does that mean we embrace what he did? The conference has made clear our criticism [of Pollard]. It’s certainly not an endorsement.” 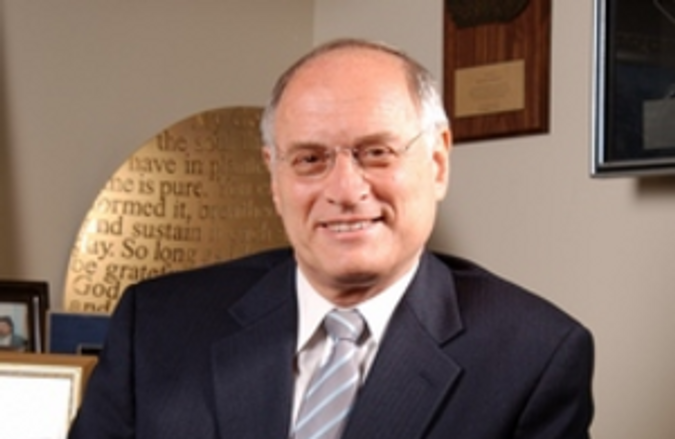 According to Hoenlein, the conference agreed to the meeting in response to a request from Pollard, who has been protesting the conditions of his parole.

“That’s why people came,” said Hoenlein, “because they were interested” to hear about Pollard’s parole conditions. The meeting was kept closed and publicity about it strictly limited, he said, at Pollard’s request.

Leaders of a half-dozen Jewish groups that were among those invited to the meeting would not speak with the Forward about what was discussed. But Abraham Foxman, former national director of the Anti-Defamation League, who did not attend the meeting, worried about what the Presidents Conference’s decision to meet with Pollard conveyed. 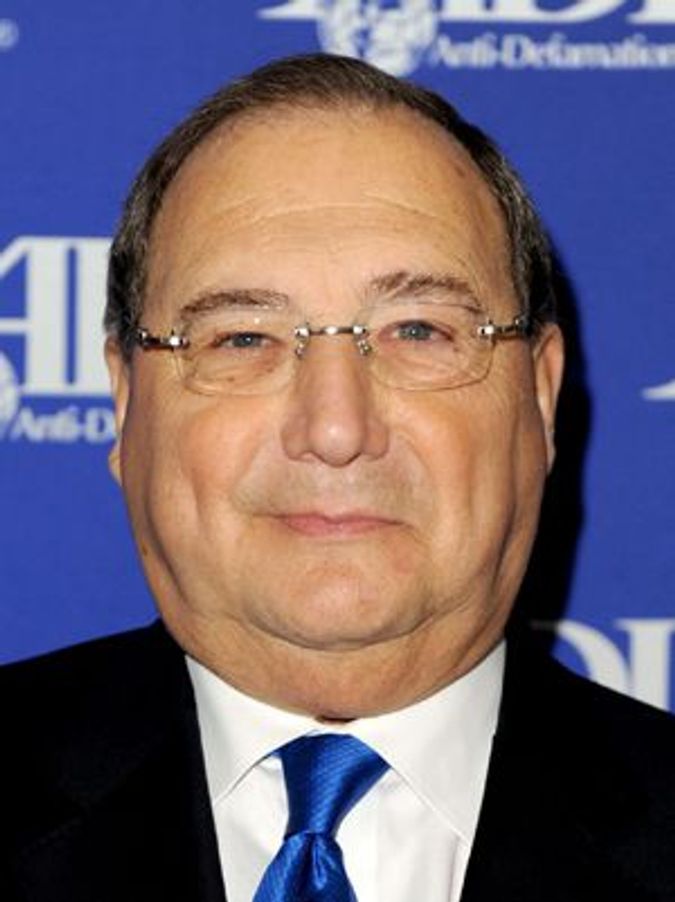 “I think it was unnecessary,” said Foxman. “It may send the wrong message, that the community embraces what he did.”

Jewish groups have for decades maintained a delicate balance in their position on the Pollard case. After years of declining to take a stand, the majority of communal organizations eventually supported Pollard’s release, citing humanitarian concerns about what they saw as an excessive sentence. Still, many resented Pollard for giving credence to fears of dual loyalty among American Jews. They sought to be careful not to appear to be holding him too close.

Now, with Pollard, 62, sprung from prison 30 years into his life sentence, some are questioning the Presidents Conference’s decision to invite him for breakfast.

“I don’t think embracing him sends the right message,” said Peter Beinart, a columnist for the Israeli newspaper Haaretz and a professor at the City University of New York’s Graduate School of Journalism. “He served his time. Let him live his life. He is a traitor.”

Foxman, who while the head of the ADL disputed claims that Pollard’s severe sentence was motivated by anti-Semitism, but eventually supported clemency for the ex-spy, now thinks that the community should distance itself from Pollard.

“It will provide his enemies, and the enemies of Israel and the Jewish people, with an opportunity to say, look, the community embraces [a] spy,” Foxman said of the meeting with the conference.

Leaders of the Anti-Defamation League and the American Jewish Committee, among others, did not respond to requests from the Forward for comment on the meeting.

A spokesman for Nadler, a Democrat, said that the congressman had been invited after sending a November letter to United States Attorney General Loretta Lynch asking that the terms of Pollard’s parole be changed so that he is allowed to move to Israel. Democratic Representative Eliot Engel of New York, who also signed the letter, had also been scheduled to attend the breakfast but was unable to attend due to weather conditions.

Nadler, who represents a heavily Jewish district in New York City, faced harsh pushback from Jewish groups in August over his outspoken support for the framework agreement for a nuclear deal with Iran, which was supported by a broad swath of Jewish groups.

Pollard, an American civilian with high security clearances who worked for U.S. Naval Intelligence, was convicted and sentenced in 1986 to life in prison for passing reams of the government’s most highly classified documents in suitcases to his Israeli handlers over the course of almost a year-and-a-half. He received tens of thousands of dollars and gifts in exchange. The documents he passed reportedly included a guide to American signals intelligence worldwide. Supporters acknowledge the wrongness of his actions but, stressing that Pollard spied for a close U.S. ally, waged a long campaign for his release from a sentence they criticized as far too severe.

Conference of Presidents officials initially attempted to keep plans for the Pollard meeting a secret. Members of the Conference were informed of the meeting via telephone, rather than email, to avoid leaks, and the Conference made no public statements before or after the meeting. Hoenlein criticized the pro-Pollard group Justice for Jonathan Pollard for announcing that the meeting had taken place. 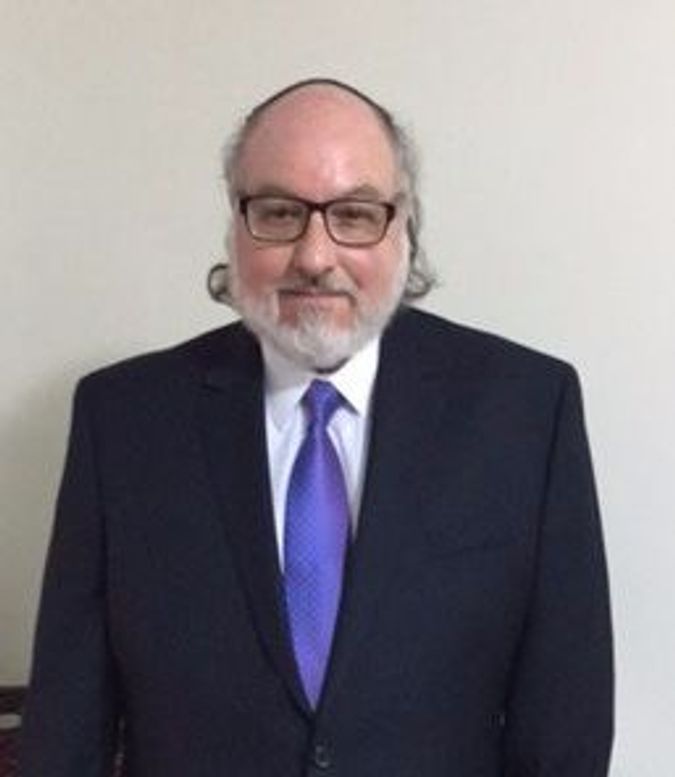 According to the news service JTA, Pollard, who appeared at the meeting in a suit and tie alongside his wife Esther, claimed that a January 20 Forward report on the planned meeting prevented him from delivering his address to the Conference. Instead, after brief introductory remarks, Esther Pollard read her husband’s speech, which discussed restrictions on his parole that he believed the conference should oppose.

Aaron Troodler, a spokesman for Justice for Jonathan Pollard, said Esther Pollard told the conference about parole conditions “in which Pollard is not only prevented from working and from exercising his religious rights, but also effectively prevent[ed] from ever reintegrating into society.” He said Esther Pollard also revealed that Israeli President Reuven Rivlin handed President Barack Obama a letter regarding Pollard’s parole conditions during a White House meeting in December.

The conditions for Pollard’s five-year parole include wearing an electronic ankle bracelet with GPS tracking and submitting to surveillance of his and any employer’s computers. He also is confined to his New York home between 7 p.m. and 7 a.m. — a condition that Pollard’s attorneys say interferes with his ability to observe the Jewish Sabbath and certain holidays. They argue that these conditions could also preclude him from holding a job.

In an on-line article, the Forward reported that Pollard protested having to keep the GPS ankle bracelet device charged at all times, on the grounds that recharging the batteries and then reinserting them during the Sabbath forced him to violate the holy day.