How One Man Is Fixing New York City Schools 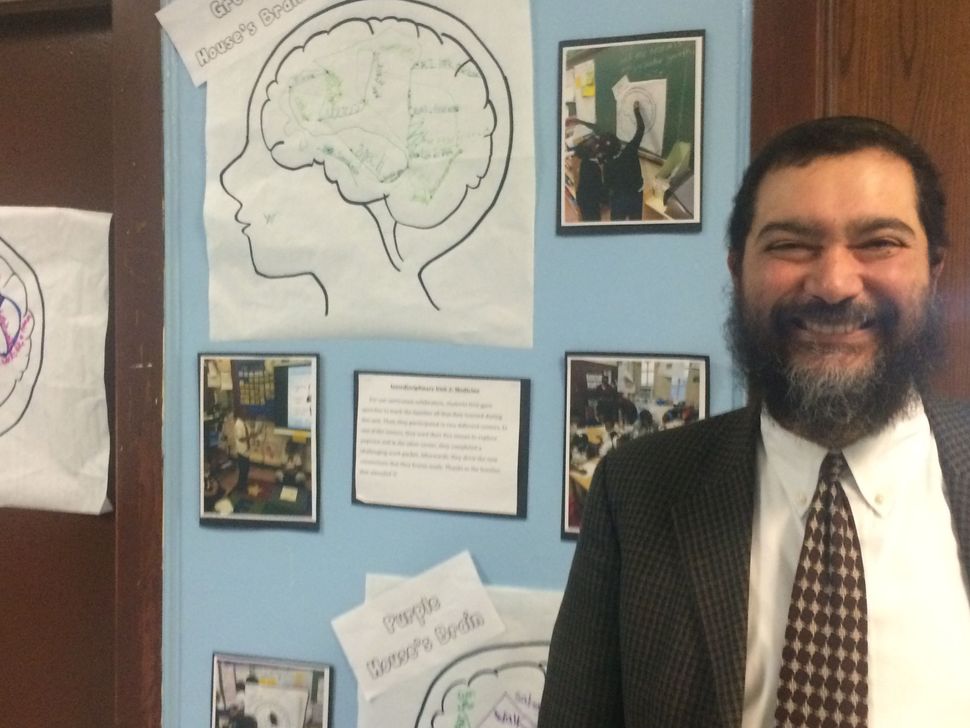 Shimon Waronker seems an unlikely candidate to be running schools in some of New York’s most challenging neighborhoods. An unassuming man with a beard and a black yarmulke, Waronker has opened three successful schools in Brooklyn and the Bronx — bringing educational models informed by the country’s most notable preparatory academies to students who otherwise would have attended struggling or even failing schools.

But Waronker’s unique life may have added up to the exact résumé these neighborhoods need for a school leader. Waronker grew up speaking Spanish in South America; he moved to the United States when he was 11, speaking no English. He later became a U.S. Army intelligence officer and grew increasingly observant, eventually joining the Chabad-Lubavitch sect of Hasidic Judaism. He was hired as a public school teacher and then as a principal, using counterinsurgency tactics to tame one of the Bronx’s most violent middle schools. Now sporting a doctorate in education from Harvard University, Waronker has opened two district schools and a charter school and is in the process of transforming a Jewish day school.

Waronker’s progressive educational philosophy — pulled partly from such elite schools as Phillips Exeter Academy, in New Hampshire — has parents lining up and educators taking notice. He said it has been viewed as a welcome change from the traditional structure of schools, called the Prussian model, where students have different teachers for each subject and the subjects are unrelated. “It’s designed, literally, not to make any sense. You aren’t supposed to have the big picture,” he said. “You are supposed to be a drone working in a factory.”

His model was crafted to push students and teachers beyond that, and to make connections between seemingly unrelated subjects while creating deep relationships with teachers. All three of Waronker’s schools — district schools P.S. 274 in the Bronx and P.S. 770 in Brooklyn, as well as Brooklyn’s New American Academy Charter School — assign four teachers to each class. Those teachers will teach the same students from kindergarten to fifth grade. The schools also teach using interdisciplinary units, with all subjects working together to cover a rotating, overarching theme like medicine, energy or transportation. For example, if the unit was “weather,” the students would learn math and science based on weather, perhaps measuring temperature, but they would also read books about weather in English classes.

Aida Sadr-Kiani teaches first grade at New American Academy Charter School. She previously taught at a high-achieving, rigidly structured charter school in Brooklyn. Sadr-Kiani called the pedagogy used there and at similar schools “archaic.” “Shimon brought this progressive pedagogy to an underserved community, and that goes against the popular trends in urban education,” she said. “It’s not just fascinating, it’s right.” 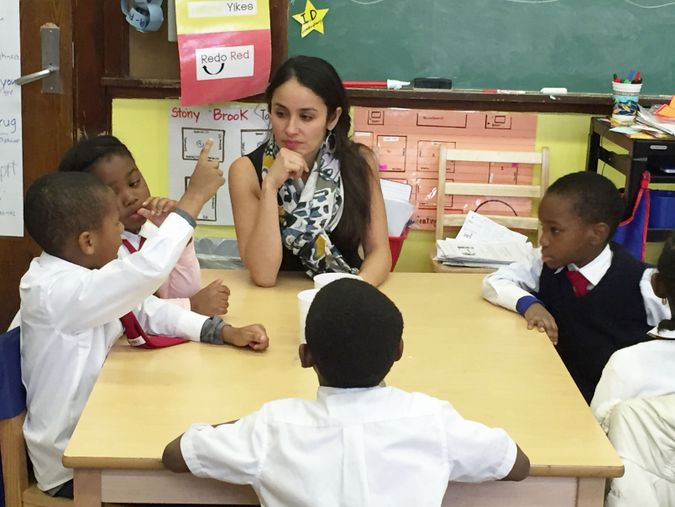 An unlikely cadre of supporters has embraced the model. Joel Klein, the pro-charter former chancellor of New York City’s schools, and Randi Weingarten, president of American Federation of Teachers, have had plenty to fight about — often on national television. But they both have spoken out in favor of Waronker’s model. The school’s website also boasts endorsements from a former CIA director, R. James Woolsey, and a former president, Bill Clinton, as well as from a host of expert educators.

The model also caught the attention of Chaya Teldon, interim head of school at The Jewish Academy, on Long Island. When the dean of the school stepped down, she approached Waronker almost immediately. “I had already asked him years before if there was a clone of him,” she said, laughing. “So I thought of him right away.”

Waronker began working with the school on a part-time basis last September. He and Teldon will begin slowly implementing the model at the 55-student school over the course of the next several months.

“This is exciting, because we are able to see it’s not just a district school, it’s not just a charter school. It can even happen in private schools — it can work for everything,” he said.

Waronker’s clearly flexible education philosophy stems from his experience turning around one of the roughest schools in the city. JHS 22, in the Bronx, was the 12th most violent school in New York City when Waronker was asked to take it over in 2004. While he called on his military background to inform his decision to cut off gang affiliations by transferring out gang leaders, he also took his mentor’s advice to break up the 770-student school into smaller parts so that teachers could get to know the students at a deeper level.

“I learned that relationships really do matter. That’s how you turn around schools — you don’t need a bat,” he said. “The kids just needed to know that someone cared for them.”

These relationships are one of the main things drawing parents to his charter school. Cynthia Bell was determined not to send her daughter, Autumn, to the low-performing school she was zoned to attend. Bell applied to more than 20 district schools and a dozen charter schools, and Autumn was accepted to many of them. But when New American Academy removed Autumn from the waiting list, Bell immediately pulled her daughter from the school she’d selected. Autumn is now in first grade at the school, and her second daughter will be starting in the fall as a kindergartener.

Bell’s teachers communicate with her regularly, texting her pictures of Autumn’s tests so that she can go over missed answers at home. “I like how engaged they are, and how engaged they let me be,” she said. 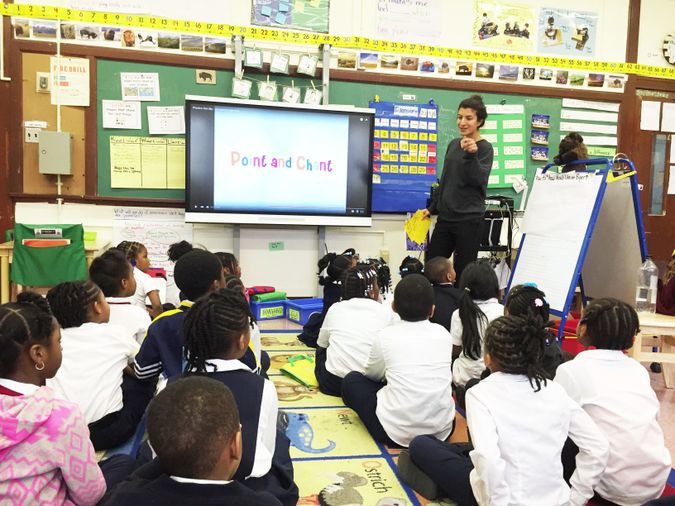 Bell, who works in adult education, said she loves the fact that Autumn won’t be starting over with new teachers in the fall. “They know what she is capable of already,” she said. “They can hit the ground running.”

Teachers appreciate the model for the deep relationships they build with students, and also the built-in support and acknowledgement it brings. The four teachers assigned to each class work on what Waronker calls a “mastery-based career ladder.” Starting as a beginning apprentice teacher, an instructor works up the rungs to associate teacher, partner teacher and master teacher. Each step comes with a significant increase in pay and responsibility, and the mentor teacher — who makes $120,000 a year — is there to support the teachers in the classroom on a daily basis. Jennifer Trani, a master teacher at New American Academy Charter School, said this model increases teachers’ ownership over their classroom, makes them feel more respected and allows them almost constant assistance so that they can improve their craft.

Trani said she wished she’d had this model when she began teaching at a traditional school, where she said she felt “isolated” and never quite sure if she was doing well. “Here, you don’t have to guess. If something goes wrong, you figure it out together,” she said.

This level of support was what got Weingarten on board. When Waronker initially approached her about the idea of opening a charter school in addition to his two district schools, he was nervous — but she loved it.

“We’re talking about teacher accountability — they can get fired,” he said. “But from Randi’s perspective, it’s a win. Teachers get paid more, they are empowered and they work in teams.”

He sees this as a middle ground to the constant bickering between teachers unions, which demand teacher protections, and reform advocates, who advocate the opposite: one side pushing the table one way, and the other pushing right back.

“That’s what I see happening in the world of education — the table is going nowhere. Everybody is fighting everyone, and it’s got to end,” he said. “We have to work together for the benefit of kids. We have to collaborate.”

How One Man Is Fixing New York City Schools