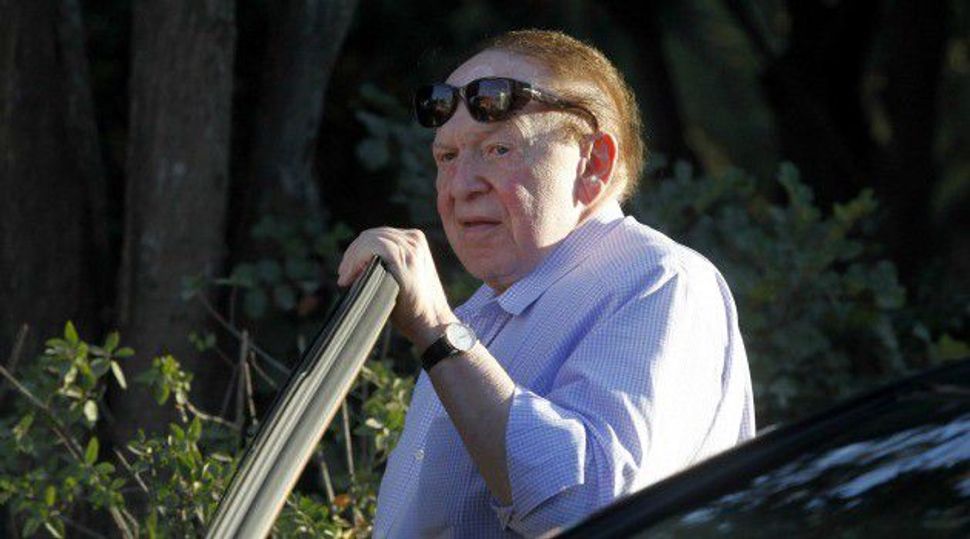 Editorial independence at the Las Vegas newspaper purchased by billionaire Sheldon Adelson is being scuttled by his executives, who are meddling with stories about the casino mogul and powerful Republican Jewish political donor, according to a blockbuster report published today in Politico.

Adelson purchased the Las Vegas Review-Journal in late 2015, initially attempting to shield his identity. When his role was uncovered, Adelson said in a statement that he saw the purchase as “a financial investment as well as an investment in the future of the Las Vegas community.”

Now, according to Politico, Adelson is tightening his grip on the editorial processes at the paper.

There are reports of a list of staffers set to be fired for writing stories that Adelson disliked written long before Adelson’s purchase of the paper.

The report, by Politico New York media columnist Ken Doctor, comes months after reporters at the Review-Journal identified Adelson as the secret buyer of their paper, and weeks after a new editor announced a strict new conflicts of interest policy to protect reporters from Adelson’s influence.

That conflicts of interest policy now appears to have been tossed. According to Politico, Adelson-appointed higher-ups are guiding the paper with a heavy hand, and “stories involving new owner Sheldon Adelson are being reviewed, changed or killed almost daily.”

The Forward revealed in December that the Review-Journal isn’t Adelson’s only media venture: He’s also the largest donor behind JNS.org, a Jewish news wire.