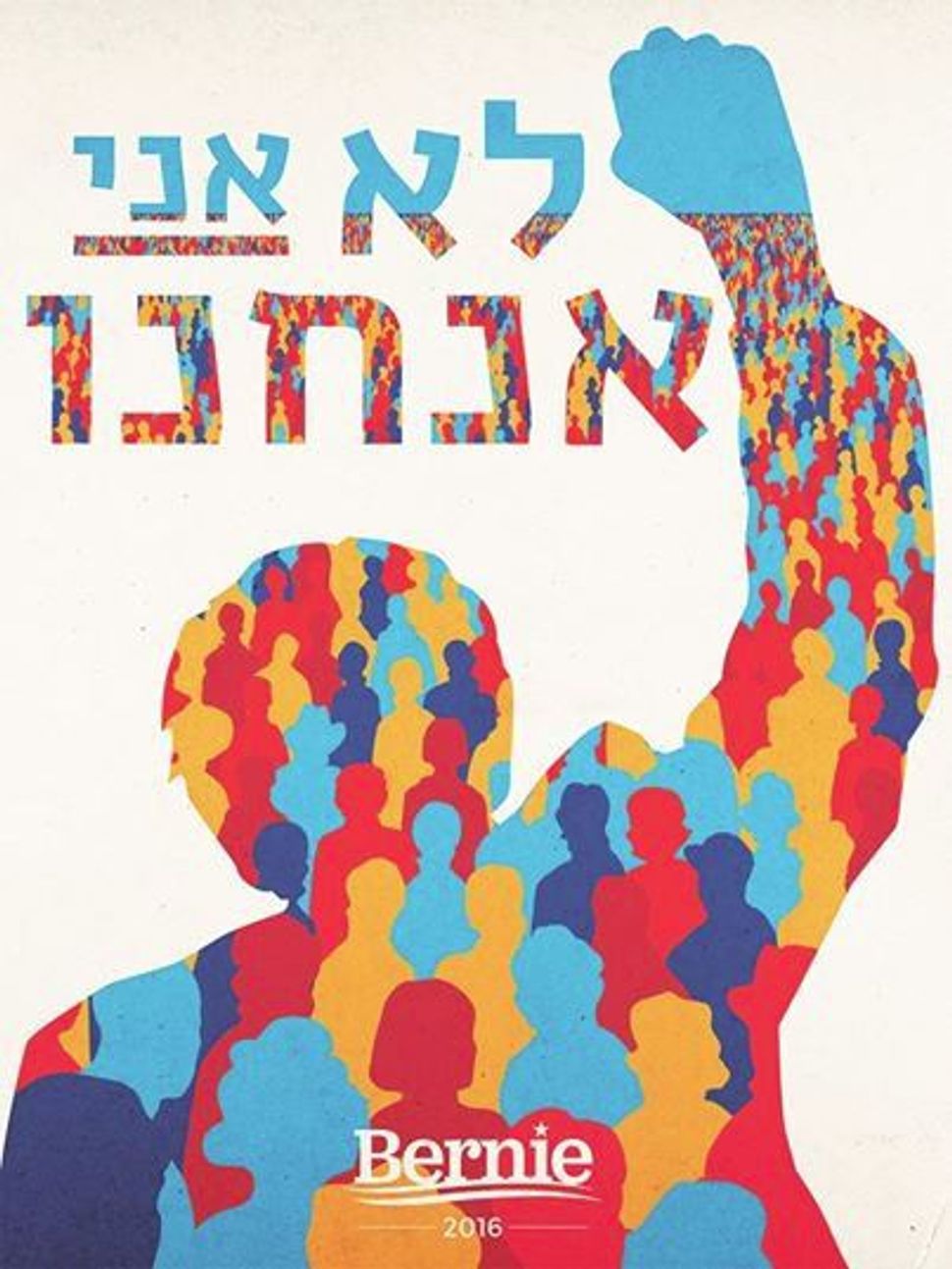 Facebook is embracing Bernie Sanders in 13 languages. Hebrew? Not so much. Image by JTA

Bernie Sanders’ campaign issued a message of multicultural unity last week, posting graphics on social media that read, “Not me, us,” in 14 different languages.

Facebook users generally responded positively to the posts, which in each language feature a silhouette of Sanders — fist raised — comprising smaller silhouettes of various shapes and colors. Israelis, though, were less impressed.

One French commenter wrote, “I love Senator Sanders’ campaign.” A Dutch person responded, “America needs a president like Sanders.” An Italian said, “I hope I will wake up tomorrow on Lake Como to a Bernie victory.” It was more of the same in Spanish, German, Arabic, etc.

Meanwhile, with a few exceptions, the comments on the Hebrew version of the post — which says “Lo ani, anachnu” — are sarcastic, skeptical and mocking of the graphic and of the Independent senator from Vermont’s socialist platform.

Here are a few choice examples:

“These things are the connecting thread between socialism and nationalism/fascism — seeing a person only as part of a collective.”

“If an old Jewish person wants criminal justice to be reformed, then he is advocating for pedophiles. As a camp counselor, I believe Zaidy Sanders is a threat for young children. Leave him to moan in the locker room, that’s where he belongs.”

“You guys do realize that when he crashes the economy, people are gonna blame Jews? One of the reasons why we’ve done so good here is because when something goes wrong people blame the president, not the Jews. Well, what happens when the president is a Jew?”

“But socialism increases racism and hate as it places every sector’s hand in the other’s pocket, and everyone’s hand into his friend’s pocket, which creates animosity between different groups in society.”

The Sanders campaign did not immediately respond to a request for comment.

On the other hand, the Hebrew post has nearly 1,500 likes and over 500 shares. Maybe the kvetchers are just louder than the kvellers.