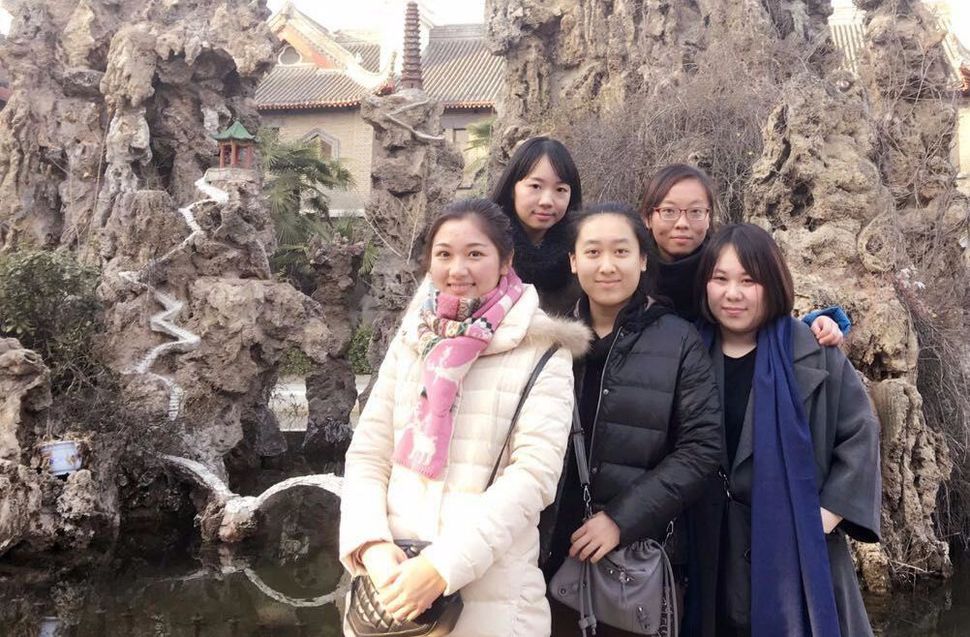 After studying Hebrew and Judaics over the past few years, the five are excited to assimilate into Jewish culture after moving to Israel.

Li Jing, one of the new immigrants, said that on a previous visit to Israel, she put a note in the Western Wall in which she asked to have the chance to be able to return to Israel and live there one day. “Now, my prayer has been answered,” she said.

The women will undergo a formal conversion process overseen by Israel’s Chief Rabbinate and later become citizens of the Jewish state. Shavei Israel will continue to support them by covering living expenses and providing assistance in their integration into Israeli culture.

“Being part of the Jewish people is an honor, because of the heritage and wisdom,” said Li Jing.

Shavei Israel Chairman Michael Freund helped bring seven young men from Kaifeng to Israel in 2009. He hopes to play a large role once again in supporting these women as they immigrate to Israel. Upon their Monday arrival, Freund will meet the women at Ben Gurion International Airport and take them directly to the Kotel.

“These five young women are determined to rejoin the Jewish people and become proud citizens of the Jewish state, and we are delighted to help them realize their dreams,” said Freund.

“Kaifeng’s Jewish descendants are a living link between China and the Jewish people,” said Freund. “After centuries of assimilation, a growing number of the Kaifeng Jews in recent years have begun seeking to return to their roots and embrace their Jewish identity.”

The Kaifeng Jewish community dates back to the 8th or 9th century when Iraqi and Persian Jewish merchants traveling the Silk Road founded the community. The community’s first synagogue was built in 1163. It continued to be the center of Jewish life in Kaifeng throughout the Ming Dynasty (1368-1644) when the community reached its largest at 5,000 people. However, after this peak, the Yellow River flood of 1642 destroyed the synagogue and took many lives from the small community. Intermarriage, assimilation into Chinese culture, and the death of the last rabbi in the 1800’s, later led to the community’s downfall.

The community currently has 500-1,000 people, and community members are experiencing a revival in the interest to preserve the culture and tradition of their ancient Jewish community. Shavei Israel is playing an active role in supporting this mission by engaging community members in Judaism, and helping some make aliyah to Israel.