A Message From the New Owner of the Backward 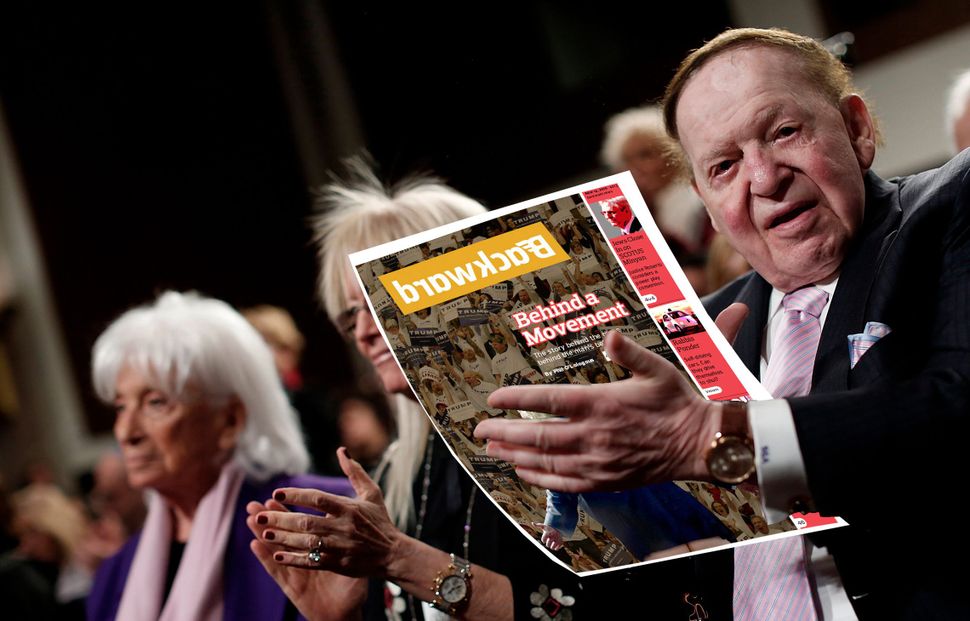 As a long-time reader of the Backward, it’s a real thrill to add this paper to my growing portfolio of media properties. Sure, the price was a little high, but I was glad to pay it, and I respect the Temple Torat Emet Men’s Club of Scarsdale for being such tough negotiators.

I first fell in love with the Backward when I saw its pages refer to the Palestinians as “degenerate troglodytes.” I subsequently discovered that the paper has used identical descriptors for the Israeli army, the girls’ volleyball team of the Solomon Schechter Academy in Boca Raton, and the Dalai Lama. But I was already hooked.

I bought this paper as part of the same mission that has always driven me in public life – to advance the welfare of the Jewish people. And what better way to improve the public image of Jews than for me to use billions of dollars to purchase influence in politics and the media?

The first thing I want to do is to reassure loyal Backward readers that I will not ask this paper’s fine journalists to slant their reporting to in any way advance my business or political agenda. I expect them to do this without being asked. And the Backward’s new editorial series, “Don’t Gamble Online – Go to a Casino!” was entirely a staff initiative.

Also – there’s been a lot of questions about my views on Donald Trump and the presidential race. I’m going to save my official endorsement for my Israeli paper Yisrael Hayom (known by locals as “Bibi’s BJ”), but I will say that I feel a real kinship with the Donald. We both run major casino hotels on the Las Vegas Strip, although the Donald’s taste is a little more low-key and restrained than mine. We share the same hair stylist and colorist. We both have shady ties to organized crime figures. And we’ve both made billions by exploiting the naïve and the poorly informed.

But most importantly, the Donald absolutely loves the Jews. As he told us when he spoke to my Republican Jewish Coalition, “I’m a negotiator, like you folks.” So true! His lawyer is Jewish. His doctor is Jewish. And not only is his daughter Jewish, but he’d like to shtup her! What better proof of Jew-lust could you want?

Anyway, I hope that through my stewardship of the Backward, I can achieve my lifelong goal of convincing Jews to move to Israel, where we will don war-paint and fiercely patrol the borders with pointed sticks, gazing out at the arid nuclear desert where the rest of the Middle East once stood.

A Message From the New Owner of the Backward