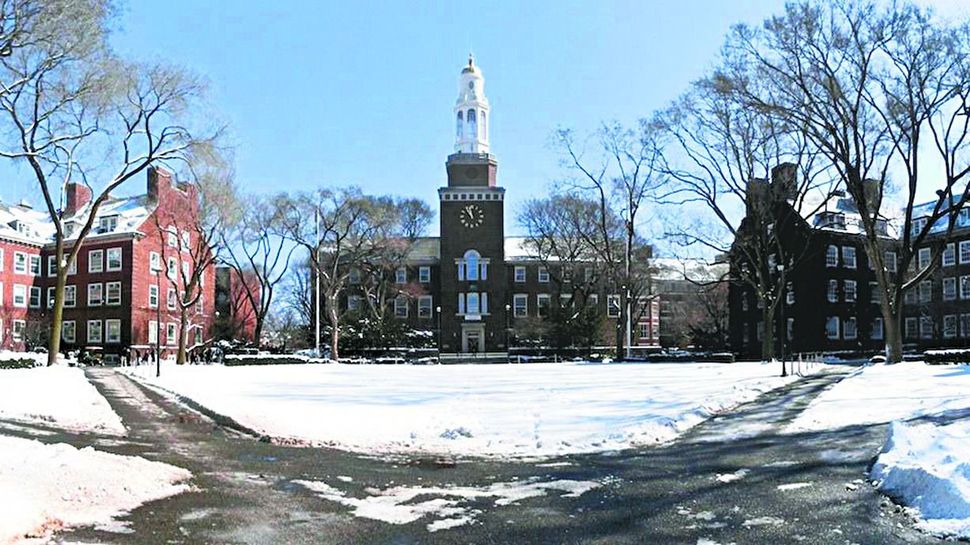 Brooklyn College, one of the CUNY system’s campuses, has been the site of several anti-Semitic incidents, according to ZOA. Image by Gabriel Liendo

The New York State Senate has voted to slash $485 million in funding to senior colleges in the City University of New York system to “send a message” that they have not done enough to fight campus anti-Semitism.

On March 14, a state budget resolution championed by Republicans passed after a sprawling two-hour debate on the Senate floor, Capital New York reported.

“These are the things that have been happening at CUNY,” said GOP State Sen. Ken LaValle of Port Jefferson, New York. LaValle, who chairs the chamber’s committee on higher education, described what he said is a pattern of anti-Semitic incidents, “and these are the things that the Senate Republican conference says are intolerable and must stop.”

The Republicans’ justification for the funding shift came as a surprise, Kreuger said. In fact, New York Gov. Andrew Cuomo had previously provided two separate rationales for the new budget: first by explaining that state funding was no longer needed as the city was doing well enough on its own, and then later stating that the cost shift was part of a joint effort between the state and the city to address financial inefficiencies in the university system.

“I’d never heard from my Senate colleagues or my constituents that anyone thought CUNY was an anti-Semitic institution,” said Krueger, who represents Manhattan’s Upper East Side. “And even if CUNY has a problem, how is cutting a third of their budget going to solve the problem?”

The letter describes incidents at four colleges in particular — Hunter College, Brooklyn College, the College of Staten Island and John Jay College — including swastikas appearing on campuses, and pro-Palestinian protesters shouting at Jewish students: “Zionists out of CUNY!” and “Get out of the Middle East!”

For example, in November 2015, SJP held a rally at Hunter College as part of a campaign for free public college tuition. ZOA alleges that the rally became a “hateful and divisive demonstration” against Jews. SJP decried CUNY’s “Zionist administration” in social media posts, ZOA

The ZOA letter conflates criticism of Israel with anti-Semitism, says a Palestinian advocate.

wrote, and later protestors chanted, “Jews out of CUNY!” and “Long live the intifada!”

Nerdeen Kiswani, who is vice president of Hunter College’s SJP chapter, said that ZOA had “conflated Judaism with Zionism” in its letter. “Did we chant ‘Zionists out of CUNY?’ Yes, said Kiswani, who helped organize the protest. “But did we encourage anyone to chant ‘Jews out of CUNY’? No, that stands against our principles.” Kiswani, a Palestinian who was born in Jordan but traces her family’s roots to Jerusalem, said, “We don’t hate Jewish people. We hate a political ideology that uprooted people.”

CUNY serves some 480,000 students at 24 campuses across New York City, including continuing and professional education institutes. The defunding would affect the system’s 11 senior colleges, which include all the schools where the alleged incidents took place.

CUNY’s chancellor, James B. Milliken, issued a response earlier in March to ZOA’s allegations by hiring outside attorneys to investigate and report back on the incidents and develop new “policies on speech and expression” — moves praised by the Anti-Defamation League.

“We take seriously our responsibility to promote and encourage tolerance and civility,” Milliken wrote in a March 16 letter to the Senate, following its endorsement of the resolution. But as a public university, Milliken added, “CUNY cannot infringe the constitutional right of free speech and association of its students, faculty and staff.”

Morton Klein, president of ZOA, was unmoved by the school’s response and praised the move to defund.