Poll: 75% of Israelis Want Divorce Out of Rabbinate’s Hands 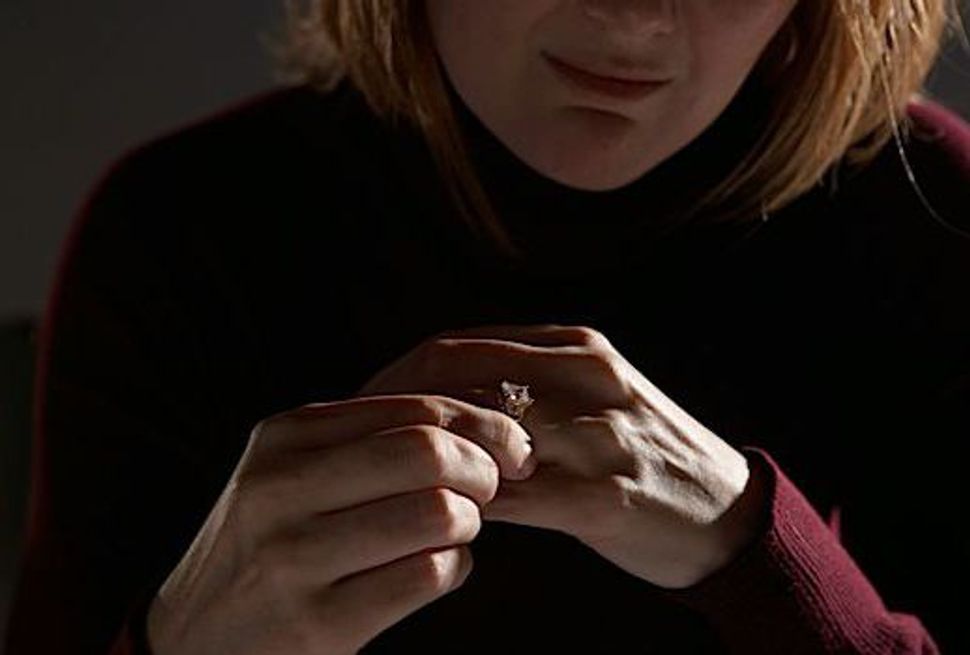 Three quarters of respondents in a survey about divorce in Israel said they supported taking the procedure out of the rabbinate’s hands and subjecting it to the authority of secular family courts.

The survey on divorce, which under Israel’s laws is handled for Jewish couples by rabbinical judges with the authority of family court magistrates, was published Tuesday and is based on the responses of 500 Jewish adults, the daily Makor Rishon reported.

Conducted by the Rafi Smith polling company for three civil society groups working to end’s the rabbinate’s mandate on marital issues, the survey also exposed low approval rating for secular family courts, with 52 percent of respondents saying they had confidence in those courts and the rest indicating they had none.

Among secular respondents, transferring divorce to secular courts received an overwhelming approval rate of 99 percent, compared to a 93-percent disapproval rate among haredi Orthodox Jews. Respondents who identified themselves as “traditionalists” gave the prospect a 73-percent approval rating while modern Orthodox surveyed largely opposed it with 66 percent against.

Among the arguments for the move, is that secular family judges are unbound by constraints in Jewish religious laws that make it impossible to dissolve a marriage unless the man agrees to do so. A refusal makes the woman an agunah – unable to marry in a Jewish wedding or to register as remarried with Israel’s secular bureaucracy.

Support among women for secular divorces was 79 percent compared to 71 percent among men.

“Israelis have had enough of rabbinical courts that discriminate against women,” said Uri Regev, a lawyer and rabbi of the Reform movement of Judaism in Israel, and CEO of Hiddush, one of the groups that commissioned the poll.

Last year, the rabbinical courts punished 47 men who refused to give their wives divorces. The punishments included revoking driving licenses; freezing bank accounts; barring the men from leaving the country and issuing 23 arrest warrants, the rabbinate said. These steps led to the unchaining of 180 women, the rabbinate said in an annual report released Wednesday.

Poll: 75% of Israelis Want Divorce Out of Rabbinate’s Hands