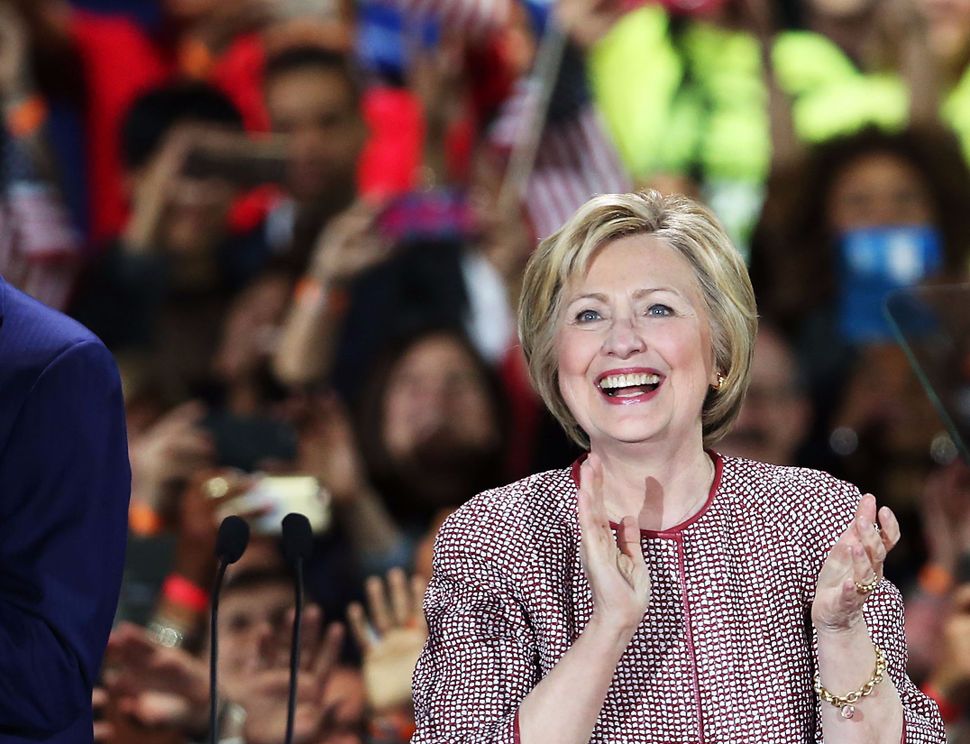 Did Bernie Sanders’s harsh criticism of Israel cost him the New York Jewish vote? Or perhaps the turmoil over his firing of his Jewish outreach director on the eve of the vote?

It was Hillary Clinton skillfully playing good old-fashioned politics, the kind in which voters align with candidates they know and reward those who pay attention to them.

“When Clinton does her outreach to the Jewish community, she’s reaching out to friends she’s known for a long time,” said Aaron Keyak, a Democratic political consultant who volunteers on the Clinton campaign. “It’s just activating the network.”

Bernie Sanders had no such network to rely on in New York and his loss by an estimated 2 to 1 margin among Jewish voters is primarily a result of this lack of previous ties with Jewish New Yorkers. Sanders left New York decades before embarking on his political career, represented a state with a small Jewish community, and never ran on a national ticket that would require him to forge ties with Jewish voters.

“The Orthodox vote went overwhelmingly to Hillary Clinton and it shouldn’t surprise anyone, because she’s the only one who has a relationship with the community,” said Ezra Friedlander, a New York- based political consultant. Sanders, he added, “made no effort” to reach out to Orthodox Jewish voters.

The results were clear throughout Jewish concentrations in New York, where Clinton outperformed Sanders by a large margin. These results match pre-vote polls that showed a similar margin among Jewish New York voters.

As of now, there is no indication that Sanders’ harsh criticism of Israel, which he rolled out late in the race during the April 14 Brooklyn debate and which was highlighted by the controversy over his choice of Jewish outreach coordinator had any impact in Jewish voting patterns in New York.

Criticism of Israel should have played into the hands of Clinton, but her supporters do not believe it was a factor in the New York race. “People who would have been moved by what Bernie Sanders said on Israel were already with Hillary,” said Keyak, who stressed that her main appeal to New York Jews was her track record working with the community, not her dispute with Sanders over Israel.

These long standing ties were on display Tuesday night during Clinton’s victory rally in Manhattan. The candidate worked the crowd of supporters, paying extra attention to Jewish activists and thanking them personally for their support.

“There’s a line of communication that already exists with Clinton,” said Friedlander, “and that creates a level of comfort.”

Because at the end of the day, Jews, like any other voter group, need some tender loving care, and that’s exactly what Clinton gave her supporters in New York.