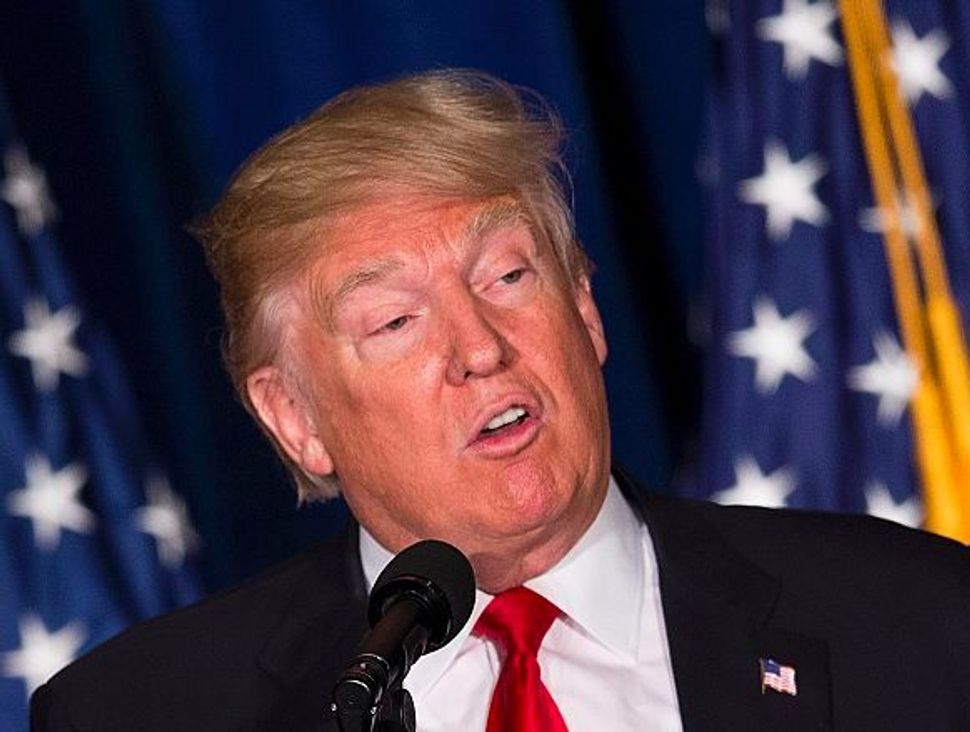 “Israel, our great friend and the one true democracy in the Middle East, has been snubbed and criticized by an administration that lacks moral clarity,” Trump said in his speech delivered at the Mayflower Hotel in Washington.

Trump, the clear frontrunner in the Republican presidential primary contest, spoke fresh off a string of overwhelming primary victories in five additional states Tuesday. He read from a teleprompter but interspersed ad-libbed remarks throughout his speech.

“President Obama has not been a friend to Israel. He’s treated Iran with tender love and care and has made it a great power,” Trump said. “All at the expense of Israel, our allies in the region and, very importantly, the United States itself. We pick fights with our oldest friends, and now they’re starting to look elsewhere for help.”

In a speech heavy on bold statements but thin on detail, Trump promised to defeat ISIS, “rebuild” the U.S. military and support America’s allies abroad. But he declined to disclose his strategy for defeating ISIS, said “the power of weaponry is the single-biggest problem we have today in the world,” and said America’s relationship with allies must be a “two-way street.”

“In the Middle East, our goals must be, and I mean must be, to defeat terrorists and provide regional stability, not radical change,” Trump said.

“We should work together with any nation in the region that is threatened by radical Islam,” Trump said, “but this is a two-way street. They have to be good to us. They have to appreciate what we’ve done for them.”

The candidate reiterated his alarm about immigration from Muslim countries.

“We must stop importing extremism through senseless immigration policies,” Trump said, invoking the San Bernardino shooting, which was carried out by an Islamic militant couple. “We have no idea where these people are coming from. There’s no documentation, there’s no paperwork, nothing.”

The United States should seek common ground with Russia and China based on shared interests, Trump said.

Trump also said the United States should only wage wars it will win.

“We have to look to new people because many of the old people frankly don’t know what they’re doing,” he said.