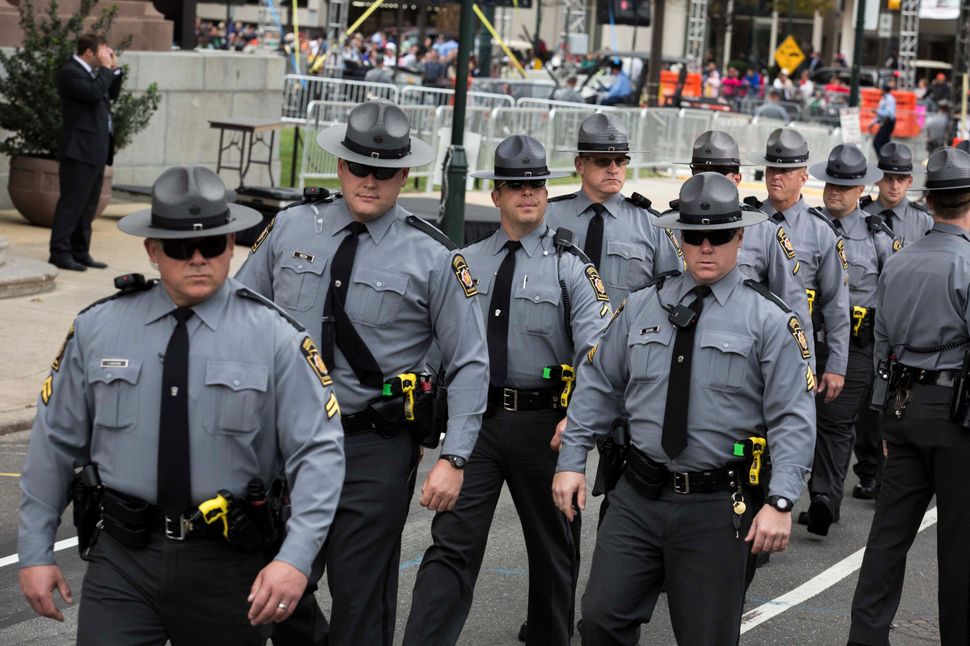 Police are looking into a video circulating widely among Orthodox social media users that shows a teacher at an Orthodox school kissing a young male student, the Journal News reported.

The video, which emerged from Orthodox groups on the social networking service WhatsApp on Sunday before being posted by various advocates on Facebook, appears to be a surveillance video shot in an office at an Orthodox yeshiva.

According to the Journal News, the video shows an adult man holding and kissing a boy in what appears to be a school office over more than ten minutes. Neither the face of the man or the face of the boy were blurred in the version of the video distributed over social media.

The Journal News reported on May 3 that the commander of New York State Police Troop F confirmed that authorities had seen the video and were examining it.

“We have received the video. We have looked at it,” Major Joseph Tripodo told the paper.

A spokesperson for the Orange County District Attorney, chief assistant district attorney Christopher Borek, contacted May 2 by the Forward, declined to say whether or not his office was investigating the video.

“The Orange County District Attorney’s office treats all allegations of sexual abuse of children as extremely serious,” Borek told the Forward. “Ethical rules prohibit us from commenting on specific allegations until or unless charges are publicly filed in a court.”

A spokesperson for the government of the Hasidic village of Kiryas Joel, where the video was purportedly captured, did not respond to a voicemail left at his office by the Forward.

Boorey Deutsch, an Orthodox advocate who posted the video on Facebook on Sunday, wrote late Monday on Facebook that his post had been removed by the social networking site after users apparently reported it as inappropriate.