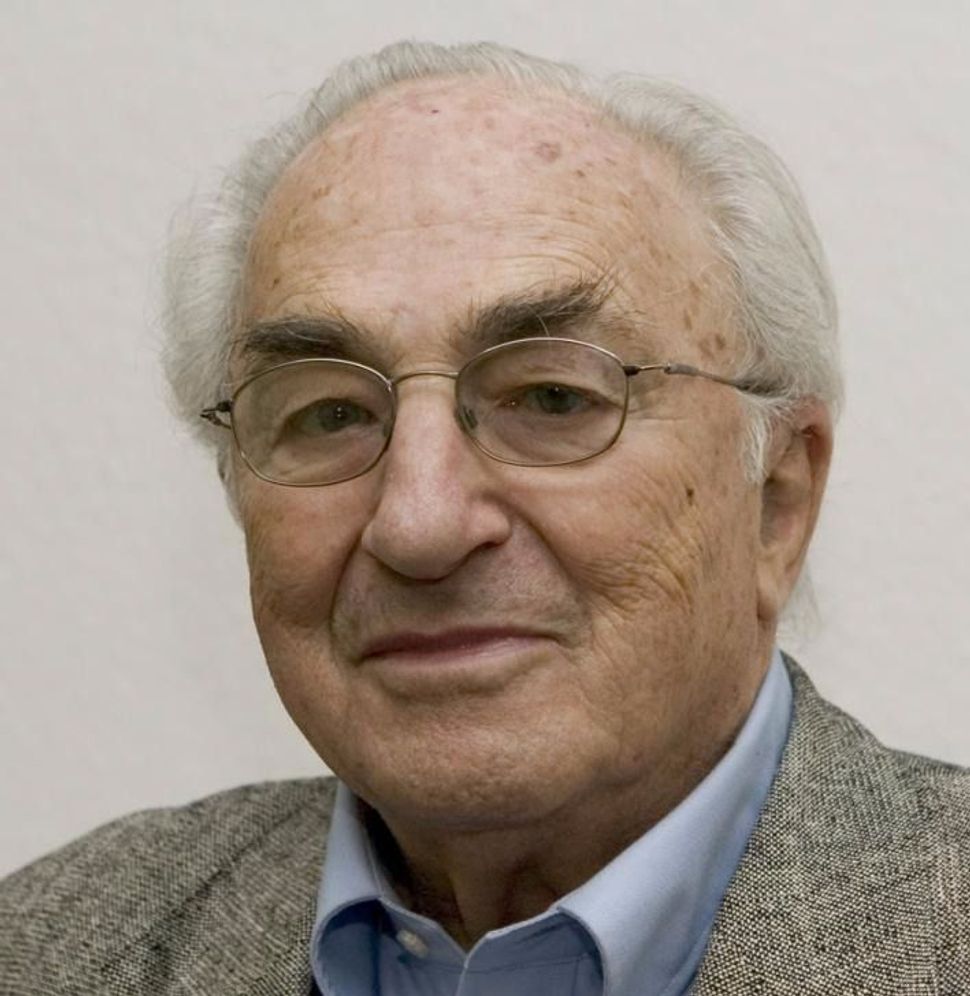 Michel was a Jewish communal executive for more than 60 years when such work was a calling—not just a profession. He mentored many professionals who enjoyed distinguished careers and played a significant role mentoring the second generation—the children of Holocaust survivors, who carried on their legacy. He raised billions for Jewish causes, spearheaded the merger in New York between UJA and Federation and successfully headed the then-largest Jewish philanthropic organization in the world.

Born in Manheim, Germany in 1923, he was the son of a cigarette manufacturer. His parents and his grandparents were killed in the Shoah, only his sister Lotte survived in France.

In 1939, he was deported to a forced labor camp and later to Auschwitz. While in Auschwitz, he and some fellow prisoners pledged that if they ever emerged from the camp, he and his comrades—they could not easily imagine themselves as survivors—would gather in freedom in Jerusalem. In 1981 he kept that pledge.

Forcibly “evacuated” in January 1945 from Auschwitz, he was on a death march that brought prisoners to Germany and into Buchenwald. He escaped during a second death march from Buchenwald.

In the immediate post war years, Michel served as a correspondent for the German General News Agency. He was hired by Irving Rosenbaum (father of Eli Rosenbaum, former director of the Office of Special Investigation of the Justice Department) who purposely—dare one say defiantly—assigned an Auschwitz survivor cover the Nuremberg Trials. While covering the trials he had the rare opportunity to interview Hermann Goering, Hitler’s number two man and the highest ranking Nazi on trial. It was a scoop that could have made a reporter’s career. When Goering stuck out his hand, the most ordinary of gestures, the survivor of Auschwitz froze—and then bolted. He asked to be let out of the cell.

Michel lost the story but never his self-respect. “The greatest experience of my life was to witness justice being served [at Nuremberg],” he said afterward.

He immigrated to the United States in 1946 and was hired by the UJA shortly thereafter. Among his assignments was to work with the Jewish community of Las Vegas, including Jews in the mob who had built the dessert community. Bugsy Siegel, Mickey Cohen and Meyer Lansky called in chips in their most commanding style and, at least according to legend—or stories not for publication and attribution—cardboard boxes filled with cash for Israel, enabling weapons to Palestine to follow soon after.

An avid tennis player, he was sometimes joined on the court by Yitzhak Rabin, who proved as combative on the court as he was in battle. Michel was close to the entire founding generation of Israel from David Ben Gurion to Golda Meir, and was fast friends with Moshe Dayan.

Michel convened the World Gathering of Jewish Holocaust Survivors in Jerusalem in 1981. It brought together more than 6,000 Holocaust survivors from throughout the world in a demonstration of unity and identity with Israel. Thirty six—twice chai—years after their liberation, these survivors, now fathers and mothers, grandparents, most of them well-established, literally rebuilt themselves from the ashes and came together to be with one another.

The Gathering commemorated life more than death. It showed a solidarity and sense of purpose that has held survivors together ever since. For many it brought closure, and gave them their first chance to say Kaddish as a collective for the millions who were lost.

Michel was organized and meticulous, a “yeke”—the slang expression for a German Jew—wsith incomparable executive experience. For the World Gathering, he was joined at the hip with the late Benjamin Meed, then President of the Warsaw Ghetto Resistance Organization, an ostjude, or Eastern European Jew, of great charisma and creativity. Observing them work together, I understood the tensions between German and Eastern European Jews even in an American context, but the synergy worked.

Michel was also the driving force in negotiations to get the Mormon Church to cease conducting posthumous baptisms ceremonies for Jews murdered in the Holocaust. In these ceremonies, the church declared these Jewish martyrs and their ancestors henceforth Mormons. It wounded and offended Michel and many other survivors deeply, who knew their comrades had lived as Jews and they died as Jews. Michel was determined that they be remembered as Jews.

Twice, Michel was forced to negotiate agreements, as the agreement proved inadequate. He enlisted Church leaders and political figures, including Senator Orin Hatch and Governor Mitt Romney, and spoke with pride and defiance on behalf of Jewish memory. As I witnessed Michel’s indefatigability and his unwavering courage, I knew this was Ernie at his finest.

In 1993, he published a memoir titled Promises to Keep: One Man’s Journey against Incredible Odds.

His first marriage to Suzanne Stein ended in divorce. He is survived by his wife Amy Goldberg Michel, his three children, Lauren Shachar (Chaim), Joel Michel (Terry), Karen Daniels (Brian); his sister, Lotte Rein, and several grandchildren. Many Jewish leaders a generation or two younger than Michel will mourn the loss of their mentor and guide — as will I.

Michael Berenbaum, a Holocaust scholar, is the director of the Sigi Ziering Institute at the American Jewish University in Los Angeles. He was formerly deputy director of the President’s Commission on the Holocaust and project directorof the United States Holocaust Memorial Museum in Washington, D.C.