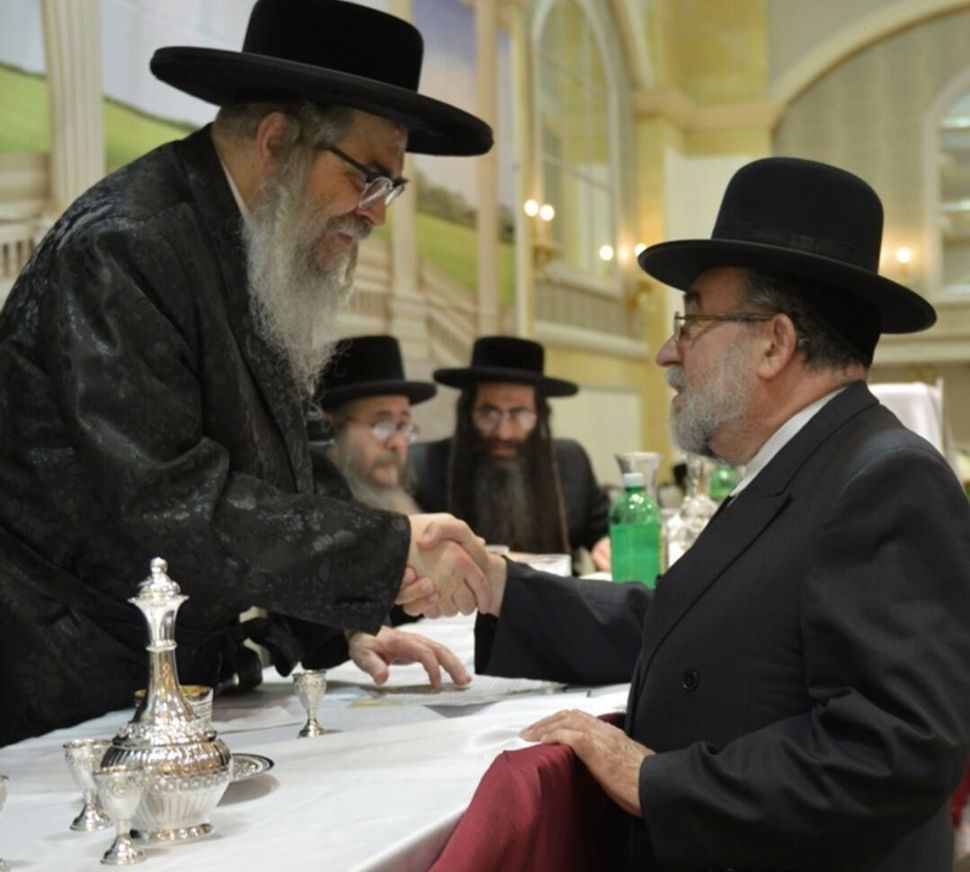 A wealthy and politically connected leader of the Williamsburg-based Satmar Hasidic sect drowned May 17 in Miami Beach, Florida.

Yitzchak Rosenberg, 67, was the president of Congregation Yetev Lev D’Satmar, the central religious organization in Brooklyn of the followers of the Kiryas Joel, New York-based Grand Rabbi Aaron Teitelbaum, and a founder of the sect’s yeshiva system in Brooklyn. Rosenberg was also a major Brooklyn real estate developer and the owner of a building supply wholesaler.

Rosenberg was one of five Hasidic men pulled to sea by rip currents off of Miami Beach’s Haulover Beach on Tuesday morning, according to Miami television station Local 10. Three of the men were retrieved by jet ski, while two others reached shore on their own.

Rosenberg and Chaim Parnes, a Kiryas Joel resident, were pronounced dead upon arrival at Aventura Hospital.

Rosenberg founded Certified Lumber, his building supply business, with his brother, Abraham Rosenberg. According to the real estate website The Real Deal, Rosenberg and his brother owned more than 40 Brooklyn buildings. His development projects included a proposed condo on the East River called Rose Plaza, which was granted a controversial zoning swap in 2011. In 2015, the Real Deal reported that the site was on the market for $250 million.

Haulover Beach includes the only official clothing optional beach in Florida. The men appear to have been north of the nude portion of Haulover. The Bal Harbour Police Department did not immediately respond to a request for comment.

The public statements were a testimony to Rosenberg’s power as the wealthy lay leader of one of Brooklyn’s largest Hasidic groups. Rosenberg stood beside Bill de Blasio at the 2013 rally where the now-mayor received the group’s endorsement, and regularly hosted elected officials at his home.

“He was a serious man, but always unfailingly generous,” said Michael Tobman, a spokesman for the Kiryas Joel-affiliated Satmar in Williamsburg. “His passionate advocacy on behalf of the Satmar community included the always difficult issues of housing and health and jobs.”

The yeshiva system of the Kiryas Joel-affiliated Satmar in Williamsburg, Central United Talmudical Academy, said in a statement that Rosenberg’s death was an “extreme shock.”

“It can be said without exaggeration that Mr. Rosenberg was truly one of our founding fathers, a man of tremendous generosity, energy, vision, and morality,” the group said. “His was of course a story of success and dedication to the Satmar community, but also an American success story.”

Parnes was a Satmar diamond dealer from Kiryas Joel in upstate New York, the Times of Israel reported.

Parnes had made the news in South Florida last year when he was pistol-whipped during an armed robbery by three men while on a business trip in Miami. The robbers got away with $35,000 worth of diamonds, ABC’s Local 10 News reported.