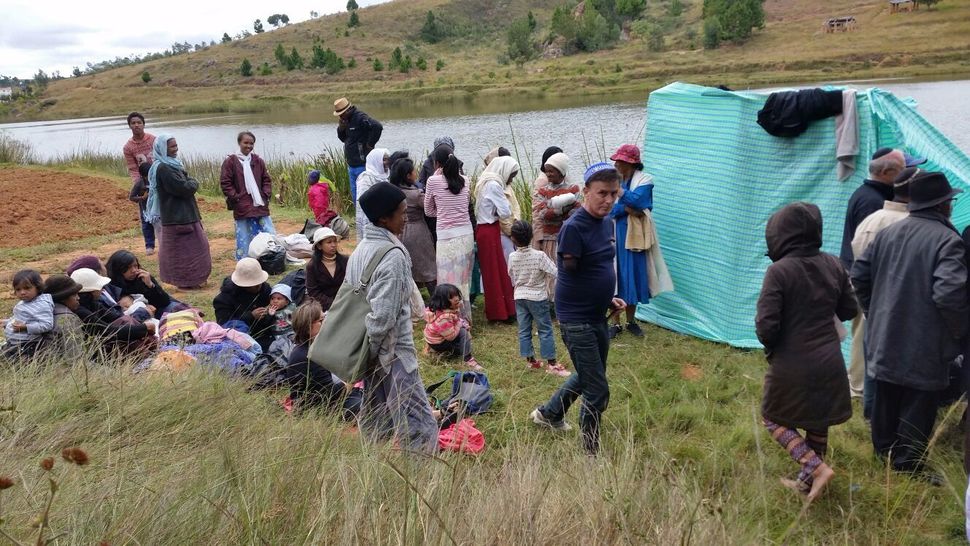 More than 100 men and women converted to Judaism in Madagascar this month, a historic first for the large island nation off the southeast coast of Africa.

The May conversions, organized by Kulanu, a volunteer-run American nonprofit founded in the 1990s to support “isolated and emerging Jewish communities” worldwide, was the product of years of planning.

“Our task is to create a new community that is part of world Jewry in this unlikely place,” Kulanu posted on its website during a weeklong trip centered on the conversion. “Our hope,” the group continued, is for the community to “become part of the fabric of the world Jewish community.” 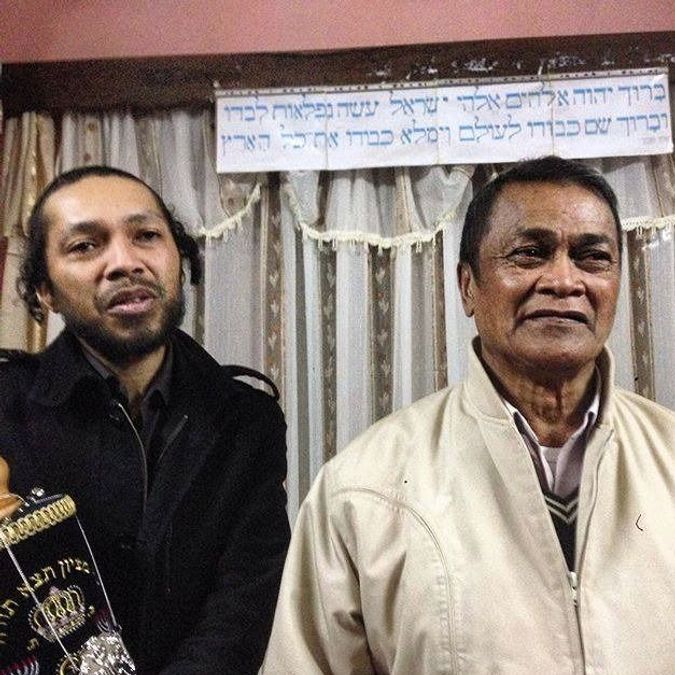 As in a number of other African nations, including parts of Nigeria, a loose identification with Israel and the ancient Israelites is common. This, however, does not always manifest itself among communities as a practice of rabbinic Judaism.

In an island of over 20 million, the newly-converted Malagasies hail from a smaller group that has sought to bolster their religious connection to Jews abroad.

The group leaders, and many congregants, spent time in Messianic Jewish congregations, where they observed some Jewish rituals, before coming to rabbinic Judaism. In more recent years, though, a growing number of Malagasies began learning more about contemporary Judaism from websites and from Jews overseas, stripping away the Christiological elements of their religion. Community members contacted Kulanu via email over five years ago.

The Madagascar community is today led by three men: Hebrew teacher Petoela, who was born Jacques Robisoa, but today goes by one name; a cantor also known by one name, Touv’yah, and Ashrey Dayves, president of a group called the Jewish Community of Madagascar. Efforts to reach these community leaders before publishing this story were unsuccessful.

The conversions took place over a series of days, culminating in a group trip to a local river, which was used as a mikveh, or ritual bath. The rabbinical court was helmed by Rabbi Achiya Delouya, a Morocco-born Orthodox rabbi living in Montreal, who travelled to Madagascar with Kulanu. After dipping into the river, Kulanu recounted on its site, the men and women emerged “transformed into full fledged Jews.”

A number of Jewish marriages were performed later.

The beit din was overseen by Orthodox rabbis, but will these conversions be recognized by Orthodox Jewish organizations?

“I think there will be blocks and some of my peers may not accept them,” Delouya said, speaking from Montreal. “But what does acceptance mean?” 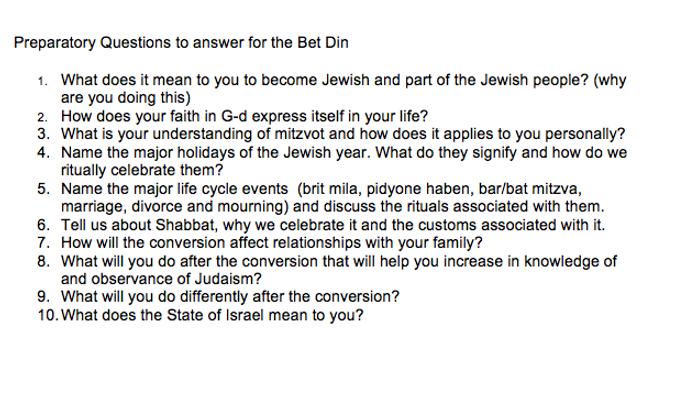 Why?: Aspiring converts were asked these ten questions, and others, by the rabbinical court

The answer to that question could depend, in part, on which branch of Judaism the new Madagascar Jews turn to. In Judaism today, each major Jewish denomination has taken a different approach to the process of conversion.

Orthodox doctrine is the most stringent in its requirements for daily life, which converts must promise to conduct in a manner that adheres to the demands of halacha, or traditional Jewish religious law, as interpreted by Orthodox rabbis.

This includes practices such as refraining from using electricity or driving on the Sabbath; the avoidance of sex between a man and his wife for a portion of each month while she is menstruating, and a commitment by men to recite morning, afternoon and evening prayers daily, while putting on phylacteries for morning services. Conservative Judaism has similar, but less stringent, requirements that converts must promise to follow. 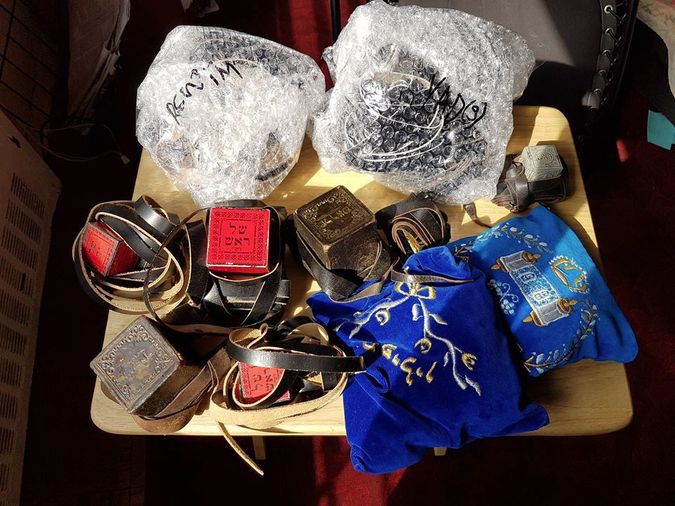 Mitzvah: Phylacteries for Jewish prayer brought by Kulanu to Madagascar. Image by Courtesy of Kulanu

Reform Judaism, in contrast, requires only that converts affirm a belief in one God, which excludes a belief in Jesus as the messiah; that they adhere to strong ethical principles derived from the Torah as interpreted by the rabbis and as influenced by individual conscience, and that they identify themselves as a part of the Jewish people, sharing a common fate.

Members of the Madagascar community have been learning with a Kulanu associate in Madagascar since 2014; some study in online courses. “This is an ongoing process,” said Delouya, who said he will remain in touch with the small community.

Madagascar has a mixed population made up of waves of settlement over the centuries — today there are around twenty major ethnic groups — and encountered European powers in the 1600s.

The Portuguese, then British and French, were convinced that the natives they encountered had Hebraic ancestry, noting local traditions like food taboos and circumcision — observations, in fact, endemic to colonial encounters all over the world. 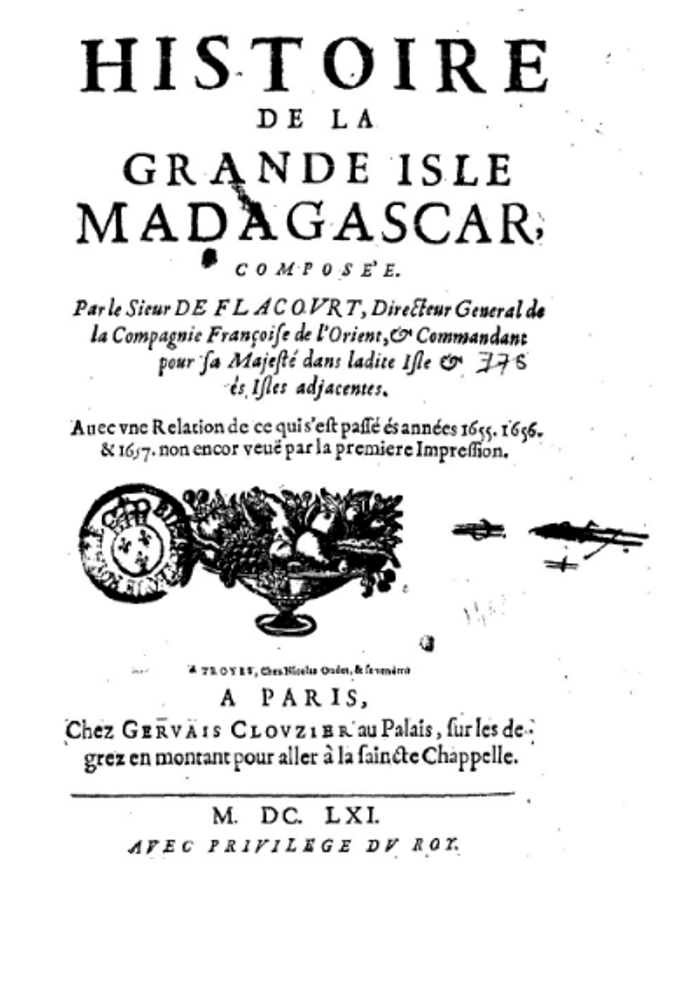 Hebraic Sightings: ‘History of the Great Isle of Madagascar,’ by the 17 century French administrator Étienne de Flacourt, was one of a series of accounts by colonial observers to this nation, which described the ‘Hebraic ancestry’ of the natives. Image by Archive.org

At the same time, Malagasies would see in the Europeans’ bible shadows of their own past.

Nathan Devir, a professor from the University of Utah who has spent time in Madagascar, writes that while Malagasy interest in ancient Israelites had been around for generations, the recent surge in religious practice — which led to these conversions — is around five years old.

Catholicism, one community member told Devir, “is one of the last held bastions of the [French] colonizers.” Judaism, on the other hand, she said, is her “true religion.”

The Madagascar conversions come at a time of increased visibility and interest in emerging or Judaizing groups worldwide. Leading scholars have estimated there are now millions of people worldwide who claim either Israelite, Hebraic or Jewish descent. Though few go through halachic conversions, they represent an unprecedented global trend. The Israeli Ministry of Diaspora Affairs has even formed a special committee to reach out to such groups.

Kulanu has organized other conversions in Sub-Saharan Africa, notably in Uganda, where a community of around 3,000 had been practicing a form of Judaism since 1919 and began converting to Conservative Judaism in 2002. (A splinter group in Uganda has also taken an Orthodox route.)

Today the main Ugandan community, known as the Abayudaya, is recognized by both the Conservative Movement and Israel’s Jewish Agency, which does cultural outreach on Israel’s behalf and promotes emigration. In many cases, Harriet Bograd, president of Kulanu said, “these conversions really open doors.” 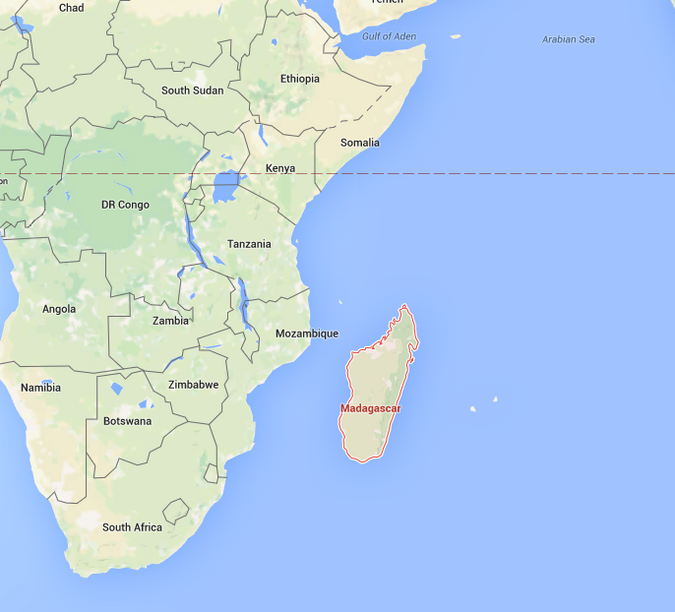 The Malagasy community itself was initially divided about the topic of conversion.

Because the belief in Israelite ancestry is so widespread in Madagascar, some community members viewed the arrival of American Jews as an imposition; they already saw themselves as Jewish. Two of the three community leaders were either opposed to conversion or on the fence about the proposition.

“There were disagreements between the three groups,” said Bonita Sussman, Kulanu’s vice president. “But I was determined to make peace.”

After much negotiating on her part, Sussman said, the three leaders ultimately unified in support of conversion and Kulanu — which had anticipated around 30 participants — led more than 100 through the conversion. “Judaism went viral,” Kulanu posted. “It was a good day for the Jews.”

Delouya, sitting along two other Orthodox rabbis in Madagascar, pressed each convert. “Not everyone likes the Jews and sometimes they persecute us. You still want to be a part of that?” Delouya remembered asking. “And they would say, ‘absolutely — this is what I know, this is what I believe.’”

Delouya recalled one 85-year old man who ultimately converted. “Why would you want to do this at this time in your life?” Delouya asked. “Judaism is in my veins,” the man replied. 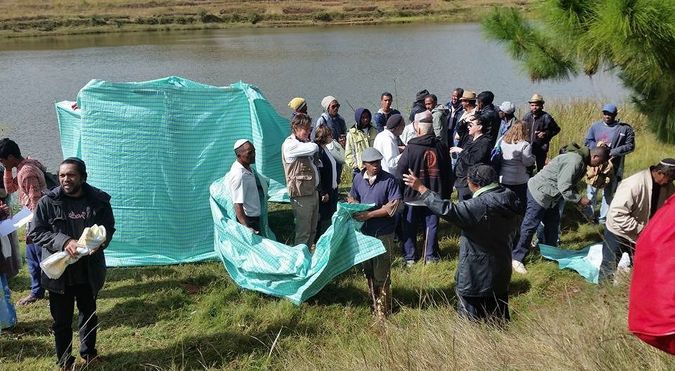 Transformed: A local river an hour’s drive away from the capital functioned as the mikveh, or ritual bath, the final step of the conversion. Image by Courtesy of Kulanu

Delouya said that the stories of Israelite ancestry in Madagascar were fascinating to him – but, for the purposes of his work in the beit din, too nebulous to simply accept on their face.

Devir emphasized that the small group of Malagasies who are interested in rabbinic Judaism are just one part of a complex spiritual landscape.

Madagascar is a country of Kabbalists, Messianic Jews and complex narratives of Israelite descent, he said. The tales of Israelite roots that many in the country assert are “unknown only to the rest of the world,” Devir wrote in an unpublished book manuscript, “but so common on the island itself as to be considered somewhat pedestrian.”

“The community is made up of people who were on and are still on journeys from a Christian background,” said Yakov Zamir, who has been working in Madagascar on Kulanu’s behalf since 2014. “But many regard themselves racially as Jews who relatively recently rediscovered Judaism.”