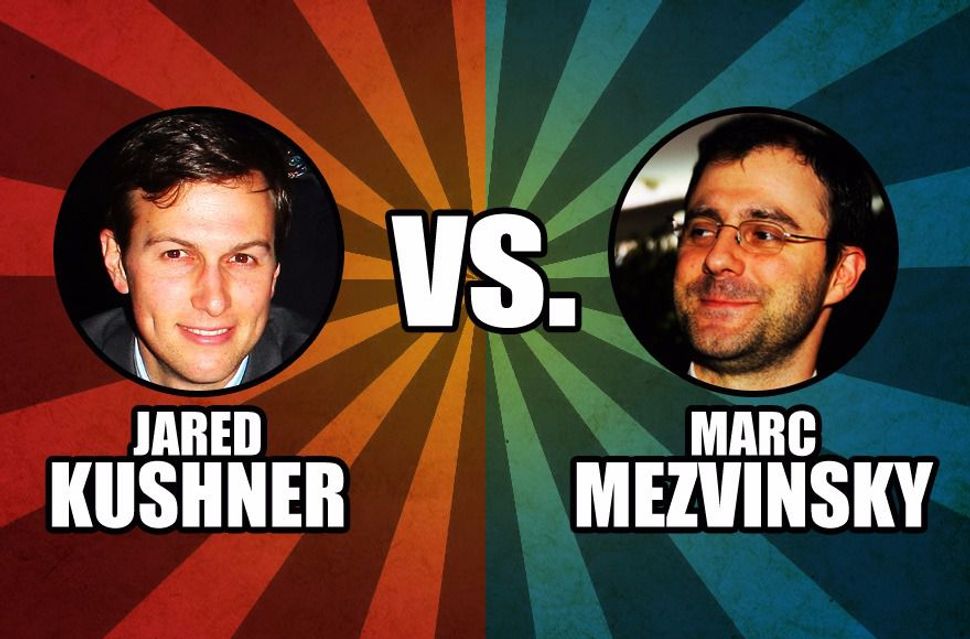 Whoever ends up winning the presidential election in November, one thing seems certain: For the first time in history, Jews will be in the president’s inner family circle.

Both Donald Trump and Hillary Clinton have Jewish sons-in-law, and of course Bernie Sanders — in the unlikely event he makes it to the White House — is Jewish himself (though his daughter-in-law is not).

Mezvinsky: High school at Friends Central in the Philadelphia suburb of Wynnewood; B.A. from Stanford (religious studies and philosophy); M.A. in international relations from the University of Oxford, England

Family background Kushner: Grew up in Livingston, N.J; father, Charles Kushner, ran a real estate empire until his imprisonment and is involved in various Jewish philanthropic endeavors; mother, Seryl Kushner, is involved in the family’s business and philanthropy; three siblings

Mezvinsky: Grew up in Philadelphia; both parents served stints in Congress as Democrats; father, Edward Mezvinsky, served two terms from Iowa in the 1970s (and decades later went to prison); mother, Marjorie Margolies-Mezvinsky, a former TV journalist, served a single term from Pennsylvania in the mid-‘90s; parents are now divorced; one full brother, four half-siblings and five adopted siblings.

Mezvinsky: Appears at non-political events with the Clintons, but has no known involvement with Hillary’s campaign

Mezvinsky: Grew up in a Conservative synagogue, has been seen in shul on occasion with wife Chelsea Clinton; raising daughter with both Jewish and Christian traditions

Mezvinsky: Chelsea Clinton is still a practicing Methodist; the couple married in an interfaith ceremony featuring a huppah and co-officiated by Rabbi James Ponet of Yale University and Methodist Rev. William Shillady

Why Dad went to big house Kushner: Hired a prostitute to seduce his brother-in-law, secretly recorded the encounter and sent the tape to his sister as part of a blackmail scheme; served 16 months after guilty pleas to 18 counts of tax evasion, witness tampering and making illegal campaign donations

Mezvinsky: Bilked friends, family and strangers out of some $10 million in bogus schemes disguised as investments in Africa and oil development; served five years after pleading guilty to 31 counts of felony fraud, including bank fraud, mail fraud and wire fraud

Mezvinsky: A sleek apartment in Manhattan’s Flatiron district, on 26th Street, that the couple bought in 2013 for $10.5 million

Mezvinsky: Daughter Charlotte, 1, and one on the way