Meet the One Jewish Group that Can Attack Donald Trump 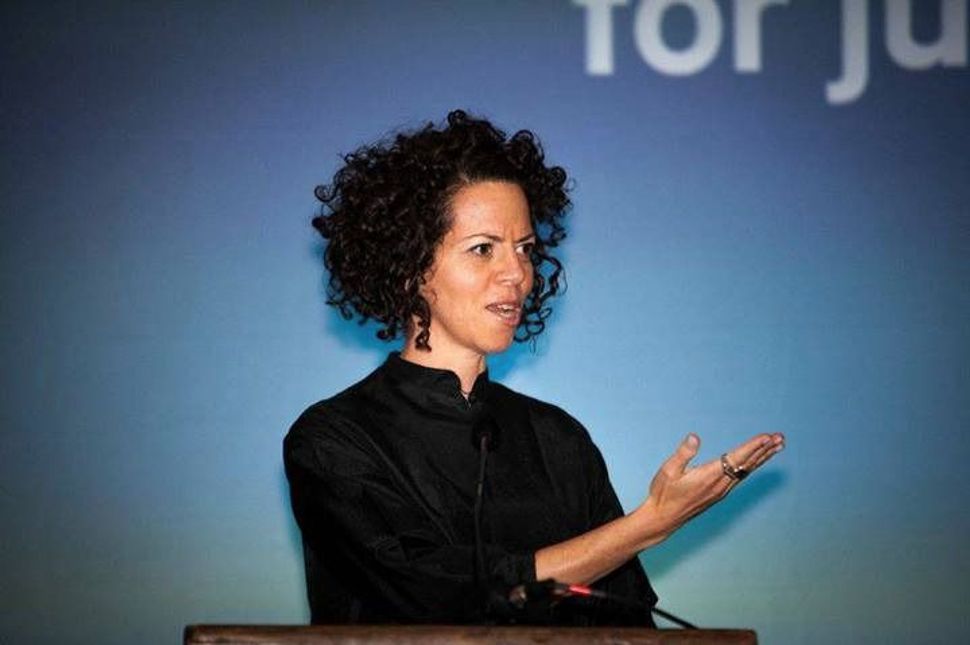 Donald Trump poses a particular challenge to most Jewish organizations. His message stands in stark contrast to their groups’s positions on immigration, race or welfare, but the organizations can’t call him out on it due to federal tax rules limiting not-for-profits’s political speech.

Bend the Arc has the answer. Join the anti-Trump mobilization its operating through its political action committee and enjoy the legal cover provided by its unique tax status.

“We’re welcoming people to join us, no matter where they are today, so they can express their views about Trump,” said the group’s CEO Stosh Cotler in a June 6 interview as Bend the Arc activists gathered in Washington for their first national conference. “Many, many Jewish organizations share grave concerns about this, but only few of them have the 501(c)(4) status that can allow them to talk freely about it,” she added.

This tax status is one of several provided by the IRS to not-for-profit organizations. But while most Jewish groups, including this newspaper, are defined as 501(c)(3) under the tax code, a status that allows them to collect tax deductible donations but prohibits the group from actively endorsing candidates, Bend the Arc Jewish Action is among the few that are set up as 501(c)(4) and are allowed to engage directly in election politics, though under limitations.

Cotler’s invitation comes as the group launches its biggest effort to date aimed at defeating the Republican presumptive nominee. Under the slogan “We’ve seen this before” the group is organizing mass vigils on June 21, where activists will carry traditional Jewish yahrzeit candles in four major cities and will be joined by others online. The date chosen is the day commemorating the 1964 murder of three civil rights activists in Mississippi: Andrew Goodman and Mickey Schwerner, who were Jewish, and their fellow black Christian activist James Chaney.

Many Jewish communal leaders have been grappling with how to handle Trump and his campaign ever since the New York billionaire entered the political scene last year.

Some, like the Anti-Defamation League, have chosen to push the envelope and actively speak out repeatedly against Trump’s message when it came to Islamophobia, xenophobia, or about the support he received from anti-Semitic groups and individuals. Given the ADL’s clear mission statement regarding the need to fight these expressions, the group has felt it is on safe legal ground when criticizing a political candidate despite its tax status.

Others chose to walk around the limitations, by confining their comments to very specific statements made by Trump or by seeking a positive course of action, such as influencing the party’s platform language on issues of tolerance, or setting up educational events on immigration and race, instead of taking on the candidate directly.

Bend the Arc has now emerged as the leading Jewish PAC dedicating itself to protesting Trump’s candidacy and actively working to deter voters from supporting him.

In its conference held in Washington June 5-7, activists focused on the group’s main priorities such as criminal justice reform, women’s rights and LGBT equality, while at the same time spending time stressing how a Trump presidency would undermine all these priorities. The group brought some 500 activists from across the country to its first annual conference. At the conclusion of their three-day meeting, the energized medley of students, young progressives and retired hippies, took to Capitol Hill to lobby their representatives on legislative issues that could advance the progressive domestic agenda.

And although the group is non-partisan by nature, its lobbying focus was on likeminded Democratic elected officials, and on mobilizing Jewish masses to take action against Republican presumptive nominee Donald Trump.

“I believe that if we’re successful,” Cotler told the Forward, “it will send a clear message that the Jewish community did not remain silent and spoke out against Donald Trump.”

Meet the One Jewish Group that Can Attack Donald Trump