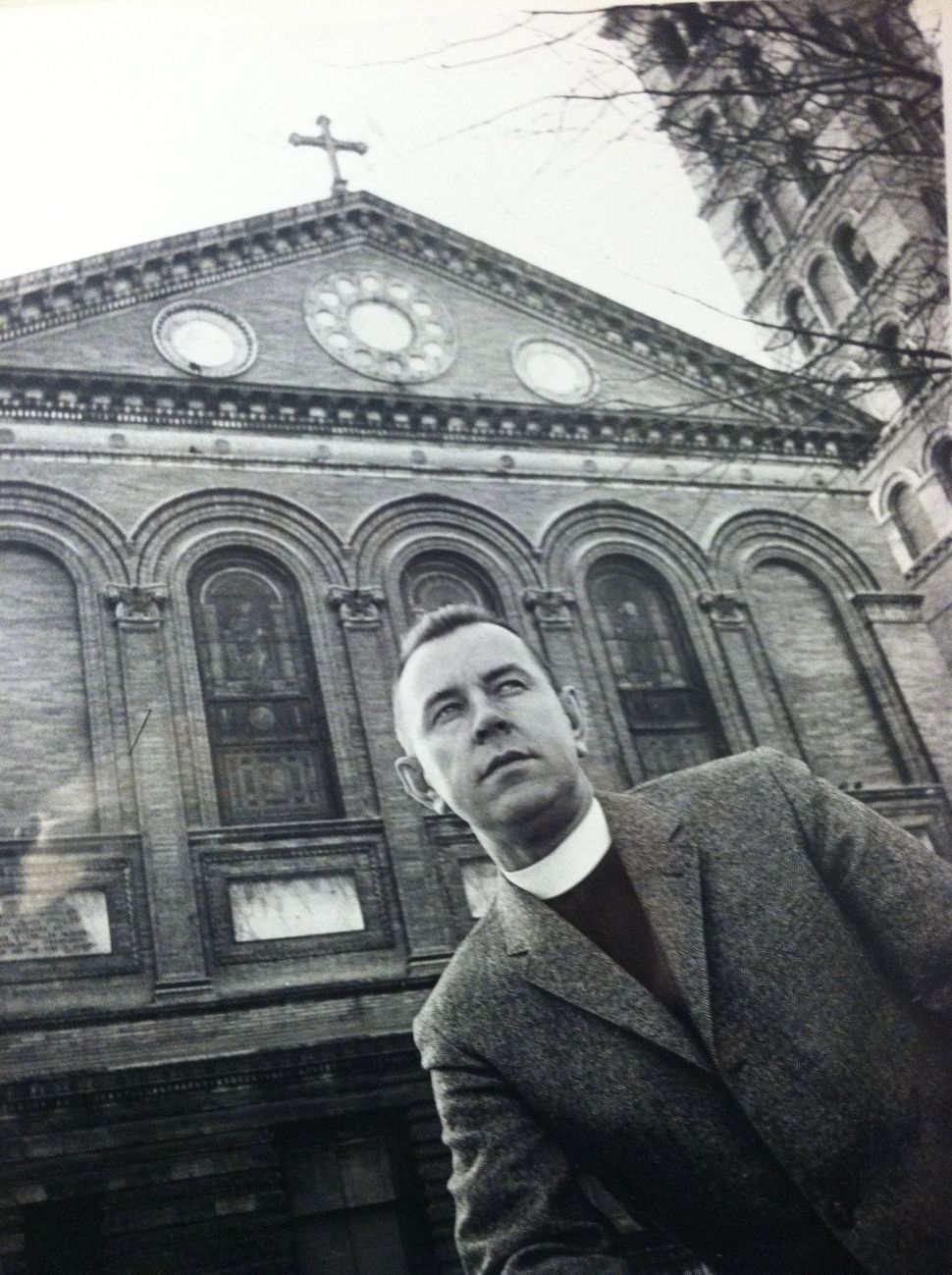 “Dear Rabbi Brenner,” the letter written in January 1970 began, “As the final seconds of 1969 ticked away on New Year’s Eve, my husband and I looked at one another and, without saying a word, both knew exactly what the other was thinking, and that was, ‘How differently things would look if it weren’t for Rabbi Brenner and all the other interested people who went out of their way to help.’”

At the time, Rabbi Reeve Brenner was the senior cleric at the Jewish Center in Princeton, New Jersey, a quiet congregation in a leafy college town. But as a member of the New Jersey branch of the Clergy Consultation Service on Abortion, Brenner played another role: He helped women obtain illegal abortions.

Before Roe v. Wade, the landmark Supreme Court ruling that enshrined access to abortion services for women as a constitutional right in 1973, CCS was the largest abortion referral service in the United States. And as one of its members, Brenner joined thousands of clergy nationwide who broke the law to help women obtain illegal abortions.

It’s impossible to know for sure how many women obtained an abortion through CCS from its start in the late-1960s until the Supreme Court ruling rendered it moot. But a 1971 CCS report indicated that during the first three years of its existence, the group’s clergy referred nearly 100,000 women. Over the following two years, with the group’s rapid expansion and the legalization of abortion in New York State, that number increased significantly and may have reached upward of a quarter of a million clients.

These religious men and women were well aware of the moral arguments against abortion, and in particular of the argument that human life began with conception — a position advanced most forcefully by the Catholic Church. But they believed that the challenge of resolving this moral question, on which other religious groups held different positions, rested with individual women, not with the state. They did not condemn unmarried women who became pregnant. Nor did they pressure married women to carry their pregnancies to completion. Instead, they trusted women’s judgment and offered a vehicle for them to terminate unwanted pregnancies even as they shared information on how to access and use contraceptives more effectively. 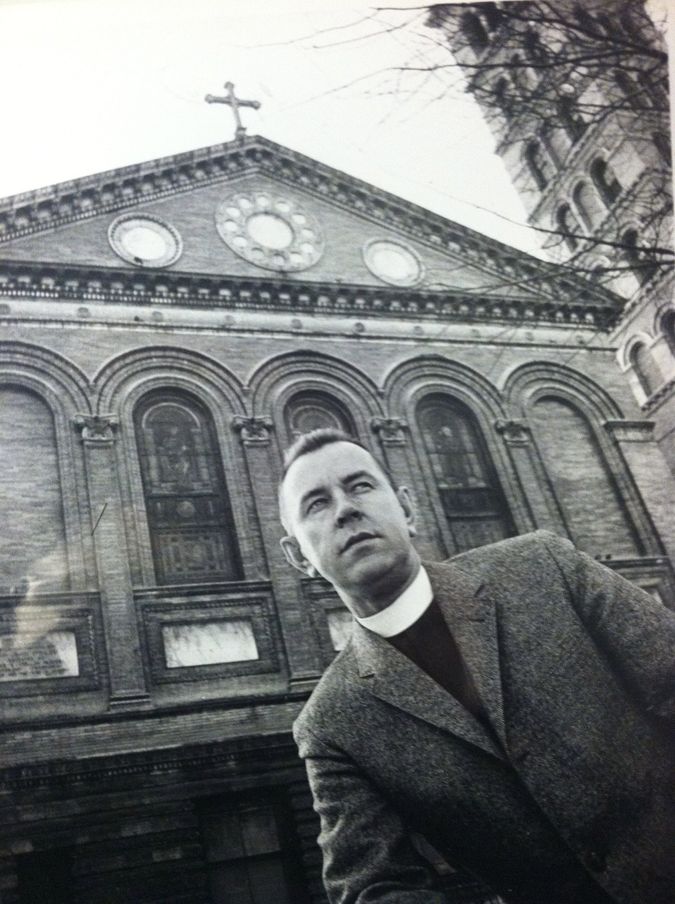 The Rev. Howard Moody — an American Baptist and senior pastor of New York City’s Judson Memorial Church — founded CCS in 1967. Believing he had a religious obligation to protect the lives and safety of women seeking abortions, Moody maintained that, “there are higher laws and moral obligations transcending legal codes.”

At the time, prohibitions against abortion made the procedure costly and rare, and drove between 200,000 and 1.2 million women a year to obtain illegal abortions. A minority of abortion providers were skilled and compassionate professionals. Many lacked adequate medical training, and still others exploited the women seeking their help. Legal abortions, done at hospitals, required approval from a committee of doctors who often turned away women seeking elective abortions.

“We hear of the use of knitting needles or coat hangers as instruments, of the administration of dangerous drugs, of blindfold pick-ups, of free sex as part of the fee, of blackmail and intimidation,” the Rev. Charles H. Bayer of the Chicago CCS wrote in the pages of the magazine The Christian Century in 1970.

Against this backdrop, clergy flocked to CCS, which established branches across the country. By 1972 there were CCS groups in 40 states and in over 50 U.S. cities, as well as branches in Tokyo and in Ottawa, Ontario. At the group’s height, over 2,000 clergy were active in it, working alongside nurses and lay counselors from Mainline Protestant and Jewish denominations. Even some Catholic priests and nuns, such as Sister Barbara Voltz in Milwaukee, quietly joined CCS while others covertly guided their parishioners to CCS members.

Many CCS clergy had participated in the civil rights and the anti-war movements. Their abortion rights activism — which involved ongoing acts of civil disobedience — was a natural progression from these causes. Rabbi Israel Margolies of Temple Beth Am The People’s Temple, in New York City, was at once a prominent critic of the Vietnam War, a vocal supporter of black civil rights struggles and an opponent of restrictive abortion laws, which moved him to become part of the original nucleus of CCS clerics.

Rabbi Michael Oppenheimer, who participated in both the Chicago and South Carolina branches of CCS, invoked two Jewish principles in explaining his participation in an illegal activity. “Tikkun olam means ‘repair of the world,’” he said in an interview with me, and added, “There’s another Jewish doctrine called Pikuach Nefesh, saving a life. And those two taken together, I felt, overrode the specific laws that my society wrote.”

Many clergy were spurred by the human pain and suffering that they witnessed in their own congregations and communities, and in their personal lives. Laurence Rubinstein, then an associate rabbi at Reform Congregation Keneseth Israel in Elkins Park, Pennsylvania, and a member of the Philadelphia CCS, remembered a woman he and his wife knew really well.

The woman was unmarried when she had an affair and found herself unable to get an abortion. “She went to some illegal place somewhere, I don’t even know where,” he told me. “The net result was, she ended up becoming sterile. She couldn’t have children. I thought that was absolutely an abhorrent thing, that a person’s life could be so fouled up because she did one thing.”

CCS was an ecumenical organization, and rabbis and Jewish laypeople played important roles as counselors and leaders in locales as diverse as Cleveland, Denver and Phoenix, and in Omaha, Nebraska. But over two years during which I have researched the group’s work, I have found no Orthodox rabbi who was active in its ranks. Most were Reform.

Many Orthodox rabbis viewed abortion as prohibited except in cases where giving birth could endanger the health or welfare of a woman.

In contrast, the Reform movement’s Union of American Hebrew Congregations’ groundbreaking 1967 statement on abortion emphasized principles of social equality. Laws restricting abortion, it noted, fell disproportionately “on the poor who cannot afford recourse to those services which the more affluent in our society can and do find.” Moreover, “for the poor or affluent alike illegal abortions yearly take a tragic and needless toll.”

Often, CCS rabbis worked with the explicit approval of their congregations. “I took it to my senior rabbi and went to the board of trustees of my synagogue,” recalled Rubinstein. “They gave me a green light…. They all had wives and daughters. I really believe that was the reason.”

Others had to be more covert. Oppenheimer, who was then an assistant rabbi at Chicago Sinai Congregation, asked his senior rabbi, Samuel Karff, for permission to join CCS. Although Karff personally opposed abortion at that time, Oppenheimer recalled, “he respected my right to differ from him. He only asked me not to attach the congregation’s name to my activities.”

While some CCS groups remained underground to avoid prosecution and arrest, most branches worked openly. They publicized their mission and contact information in the press. Sympathetic articles in flagship newspapers and major magazines reached national and international audiences. Articles in Jewish publications likewise informed readers about CCS, including contact information.

Working in CCS often moved rabbis beyond the boundaries of their own congregations and into contact with women from all walks of life and a variety of faiths. Many remarked upon their experience of offering aid and support to Catholic women. In a number of cases, it was pro-choice priests and nuns who directed their parishioners to CCS rabbis. Rubinstein recalled that he even helped pregnant nuns obtain abortions.

While its referral service was free, the abortions were not. But CCS negotiated lower fees from abortion providers for CCS clients. And whenever possible, CCS clergy would help destitute women obtain free medical services. In its early years, the group sent women to England, Japan, Mexico and Puerto Rico for abortions. Individual clergy would sometimes use congregational discretionary funds to help women make these trips. Rabbis affiliated with CCS in New Jersey, New York and Philadelphia also remember congregants contributing money to help indigent women travel to receive abortions.

“I had some very nice, well-to-do congregants in my congregation,” recalled Rabbi Harvey Goldman, who was then an associate rabbi at Main Line Reform Temple in Wynnewood, a suburb of Philadelphia. “If a woman did not have the means to get over to England, we would find a way financially to get her over.” Denyse Adler, president of Nebraska’s CCS, recalled obtaining funding from other sources, including Susan Buffett, spouse of the now famous billionaire investor, Warren Buffett.

“Susie was the one I could call if a woman couldn’t afford to fly [to Mexico],” she recalled. “She was really instrumental in making the whole thing work.”

But the solution offered by CCS was ultimately a stopgap measure — an act of triage in response to a broken system that denied women the reproductive health care they were seeking. Not even CCS’s earnest vetting efforts could ensure its abortion providers were always skilled and safe. One Detroit-area CCS physician, Dr. Jesse Ketchum, was later convicted for reckless homicide for an abortion he performed after the procedure was legalized. Women had reported to CCS that Ketchum exhibited strange personal behaviors, though none reported being physically harmed.

Today, that system has broken down again. As the Supreme Court decides the legality of restrictive laws that have shuttered abortion clinics in Texas and numerous other states, women are being subjected to longer waiting periods and to invasive procedures such as mandatory ultrasounds that are meant to make a simple and nonambulatory procedure time consuming, costly and psychologically burdensome. Other measures, such as one that makes women pay for the cremation or burial of the fetus, are punitive in that they levy an additional emotional and financial tax on abortion-seekers.

“Someday,” one woman who had received help wrote CCS, “perhaps this country will be more liberalized and will put an end to so many of the tragedies that arise when girls are in this predicament. But that is in the future.”

That future, imagined nearly half a century ago, has not yet arrived.

Gillian Frank, a Visiting Fellow at Princeton University’s Center for the Study of Religion, is currently writing a book about the history of the Clergy Consultation Service. If you were a CCS member or a clergy who helped women obtain abortions before Roe v. Wade, please contact him at gfrank@princeton.edu