New York Federation Pulls Out of Funding Pool, Goes Its Own Way 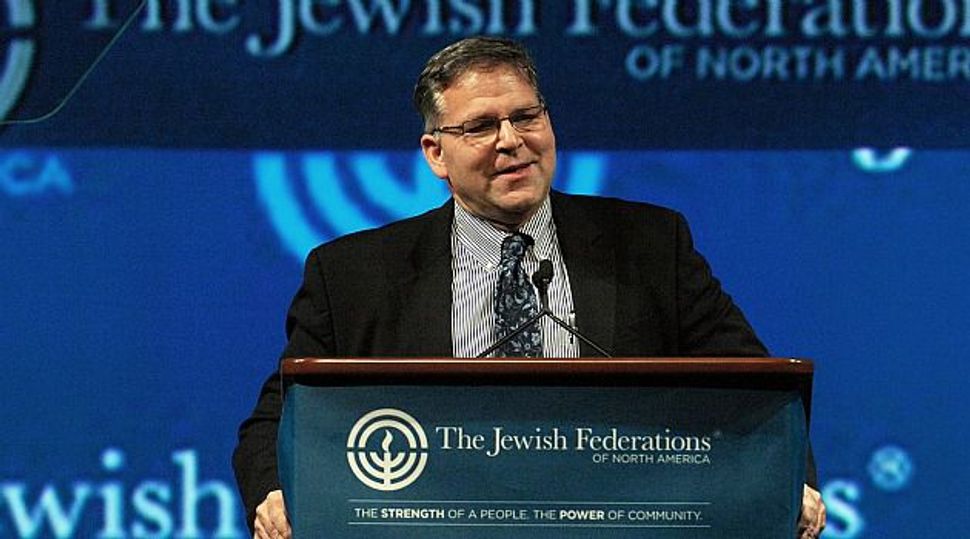 New York City’s Jewish federation is pulling out of a fundraising pool run by the umbrella group for North American Jewish federations, in a move that highlights the struggles of the national bodies that serve local Jewish charities.

The UJA-Federation of New York, the central fundraising body for New York City’s Jewish community, contributes $1.6 million of the $4 million raised each year by National Federation/Agency Alliance, a pool run by the Jewish Federations of North America, a nationwide umbrella group for local federations. UJA will turn off the tap in the middle of 2017.

UJA said in a statement that few other federations currently pay into the Alliance pool. “Over the years, due to changing financial priorities, many Federations have withdrawn,” the statement said. “Currently only 20 percent of federations participate in the National Alliance.”

In a joint statement from UJA and JFNA, the two groups said that participation in the alliance has ebbed and flowed over the years. “UJA-Federation of New York has funded the [Alliance] since its inception, and has actively worked with its Alliance partners for many years,” the groups said. “The Alliance has always been supported by a coalition of the willing.”

The total distributed annually by the Alliance has, however, decreased. Two experts on Jewish communal organizations told the Forward that the size of the pool has shrunk in recent years as many of the individual federations that make up the JFNA’s membership have faced financial struggles. In 2013, the closing of the Foundation for Jewish Culture was attributed in part to vastly decreased funding from the Alliance.

UJA is the largest Jewish federation among the JFNA’s 151 members, and among the most financially healthy. Aside from UJA, 27 federations currently pay into the Alliance, which provides operating funds to nine national Jewish groups, including the Jewish Council for Public Affairs, the JCC Association, and Hillel International.

UJA’s decision to back out of the Alliance, first reported by the website eJewishPhilanthropy, comes as Jewish umbrella groups like the JFNA increasingly struggle to raise funds and justify their missions.

The JCC Association, for instance, is in crisis following the abrupt departure of its CEO in March. Denominational umbrella groups like the United Synagogue of Conservative Judaism have struggled for years with financial and organizational troubles. Fundraising by JFNA members has dropped precipitously in recent decades, with a handful of exceptions, including UJA in New York. And the JFNA itself shut down a major initiative in 2015 called the Global Planning Table that had been intended to reshape how it spends money overseas.

The JFNA’s managing director of strategic communications and marketing, Rebecca Dinar, would not say how the UJA’s decision to pull out of the Alliance would impact the pool’s grant-making. “Over the next few months we will be working to explore next steps,” Dinar said.

The Alliance descends from a federation initiative started the 1980s to raise funds for aid to Russian immigrants to the United States, among other causes, according to Mark I. Rosen, a professor of Jewish not-for-profit management at Brandeis University. Hillel relied heavily on the funds in the years after it split from B’nai Brith and before it had developed its own fundraising apparatus. Rosen said that the size of the pool had dropped significantly. That decline is due to fundraising struggles at individual federations, according to Steven Windmueller, a professor of nonprofit management at Hebrew Union College-Jewish Institute of Religion. In face of declining revenues from the Alliance, Windmueller said, many recipients of the Alliance’s funds had built their own development departments.

Today, at least one actual recipient of the pool’s funds said he was not overly concerned about how the UJA’s decision would impact his group’s financial health.

“We receive a significant percentage, about a quarter of our funding, from the Alliance,” said David Bernstein, president of the JCPA. “Obviously we don’t want anything to interrupt that stream of funding. That said, we have excellent relations with UJA-Federation and are confident that we will emerge financially strong.”

In its statement to the Forward, UJA said that in the future, it would make grants directly to groups that it had previously funded through the Alliance.

Other recipients of the pool’s funds, such as AJWS and Hillel, have robust fundraising programs of their own, and today money from the Alliance makes up only a very small portion of the amount they raise in donations annually.

New York Federation Pulls Out of Funding Pool, Goes Its Own Way