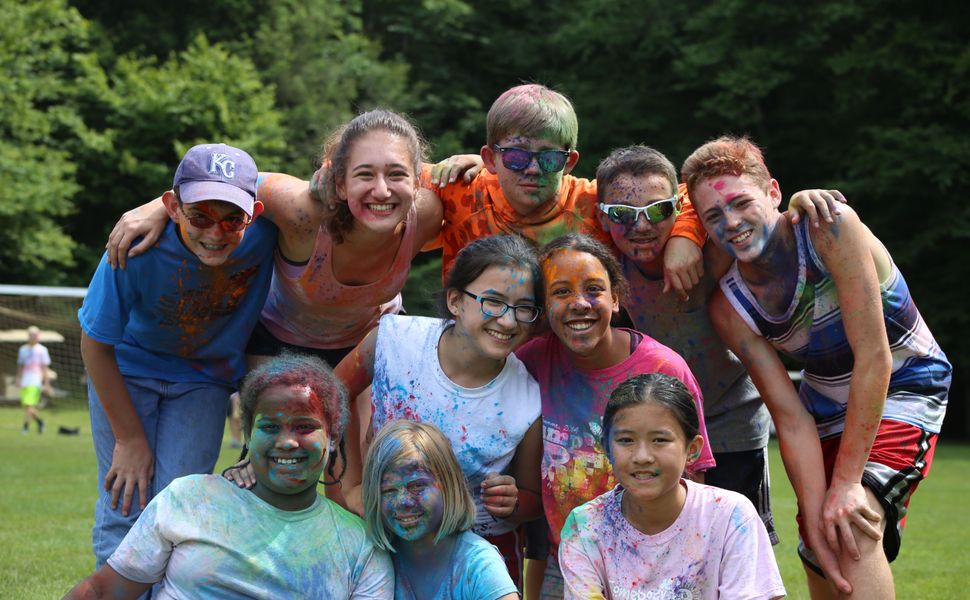 As schools let out for the summer, Camp JRF is preparing to welcome a diverse cohort of kids to its spot among the Pocono Mountains.

Affiliated with the Reconstructionist movement and located an hour’s drive from Philadelphia, JRF is pushing to make inclusivity a key part of its mission — in particular, toward kids who may be LGBTQ or gender-nonconforming.

The camp provides gender-neutral bathrooms, signs welcoming people of all gender identities and a rainbow flag by the camp’s entrance. The staff decided to put it up last week as a statement of solidarity with the Pulse nightclub shooting in Orlando.

“This is important,” said Saposnik. “It’s always been important and always will be important, but right now, in this moment, we’re responding also to what’s going on in the world.”

He and his staff at JRF welcome more than 400 campers for 3 to 4 weeks every summer. Approximately 10 percent are LGBTQ while many more come from same-sex or interfaith and multicultural families.

The camp, which opened in 2002 and welcomes kids aged 7 to 17, works together with Keshet and Congregation Beit Simchat Torah in Manhattan to provide facilities that make kids of all orientations, gender identities and backgrounds feel welcome.

Saposnik said that they strive to drive conversation away from ‘dealing’ with homosexuality and toward creating a community that is welcoming to all of its members.

“For many years, the way that camps talked about gay issues is ‘what happens if a camper is gay or lesbian?’ without thinking about the fact that, in fact, many of our campers are GLBT and many also come from different family structures at home.”

JRF combines traditional camp activities such as sports, swimming, arts and crafts and theatre with prayer and Shabbat as well as conversations on diversity, marginalization and identity. Saposnik said that when the Supreme Court legalized same-sex marriage in 2015, they talked about it with both the older and the younger kids at camp.

“We look at Judaism as open and inclusive and welcoming and know that the Jewish community is very diverse,” said Saposnik. “But all too often, the organized Jewish community doesn’t look that way.”

Part of shifting that viewpoint, said Saposnik, comes from treating the camp as a large community — instead of limiting homosexual or multicultural issues to those who are affected by them, they want to make it so that all campers can feel comfortable in different aspects of their identity.