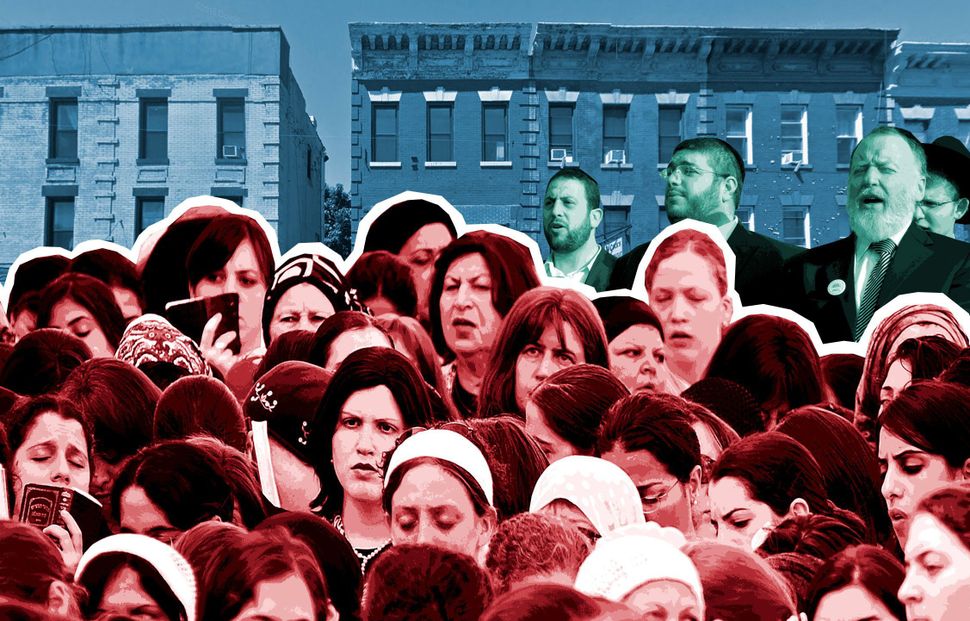 The doors are open to everyone at Shabbat services held on the ground floor of this Nostrand Avenue building in Brooklyn.

But, unlike most Orthodox spaces, here it’s the women who lead prayers. Men? They can sit in the back.

“Men are welcome,” said Nechama Levy, 32, who organized the new prayer group. “But this is a space for women.”

On Saturday, June 18, the Brooklyn Women’s Chavura had its first meeting. It could appear surprising to some — a women-led Orthodox-style prayer group where the men are cordoned off with the mechitza, the partition used to separate the sexes in Jewish law.

Levy, who was raised in an Orthodox home in Queens and now runs a Crown Heights bike shop, organized the new prayer group, which will meet the third Saturday of every month.

Levy said that she saw a gap in the religious landscape of Crown Heights, where she now lives. The neighborhood is known as the world headquarters of the ultra-Orthodox Chabad movement, but Modern Orthodox Jews have been increasingly moving into the neighborhood as well as young professionals who find themselves priced out of brownstone neighborhoods like Park Slope. Women have taken on prominent rabbinical roles in other denominations, of course, but in most Orthodox circles take a back seat in synagogue.

In predominant Orthodox interpretations, women do not count in a minyan, the religious quorum of ten needed to perform certain Jewish rituals, such as saying the Kaddish, or mourner’s prayer. In the last decade, the phenomenon of “partnership minyans” — where women have have taken on more active roles — have grown in Modern Orthodox circles.

Levy’s is not a partnership minyan (“there is already one in the area,” she said) — and, in fact, Levy does not even call what she is doing a minyan. She prefers the terms “tefilah group” or “chavurah,” Hebrew for prayer group or fellowship, respectively. Women’s tefilah groups have a long history and are also popular elsewhere, but have yet to take off in Crown Heights.

“Of course some will say the tefilah [prayer] group is not Orthodox,” Levy wrote in a message to the Forward. “I am Orthodox and our standard of Shabbos and Kashrus [the state of being kosher] are Orthodox and everything is designed to make Orthodox women comfortable.”

“I hope to create a space where women are at the center,” Levy said, “not marginalized in their davening,” or prayer.

Levy said there was some negative reactions — mostly on Facebook. “People got very offended that I created a men’s section that would be somewhat less desirable than the rest of the space. But people say a lot of things online.”

The first meeting of the prayer group drew more than twenty women, and only three men — two husbands and one family member.